A friend returned from a trip to Egypt a couple of years ago. One of the oddest things he saw were five or six university students wearing T-shirts that showed the iconic Pyramids of Giza with these words written in English, "Kowabanga Dude, Surfs Up!" It took him a couple of days to finally get the very dark humor.

Sitting astride the Nile, the Aswan High Dam has become a modern Sword of Damocles for any Egyptian government. While the Muslim Brotherhood may be ready to become martyrs in a holy war, there are ten of millions of Egyptians who will have serious reservations about such a sudden and grotesque death. The new fundamentalist rulers of Egypt would hopefully consider that forcing Israel into a climactic war of survival could lead to an Armageddon-like end to present-day Egypt.

The Aswan High Dam continues to be Egypt's largest fixed military target. Behind the dam, Lake Nasser holds three and half times the volume of Lake Mead, almost ninety million acre-feet of water. Israel knows that a small nuclear device would unleash an inland tsunami fifteen stories high that would barrel down the Nile valley about five hundred and fifty miles, into the Mediterranean Sea. Since ninety-three percent of the eighty-one million Egyptians live within twelve miles of the Nile, the resulting loss of life and material devastation would be truly biblical in proportion. 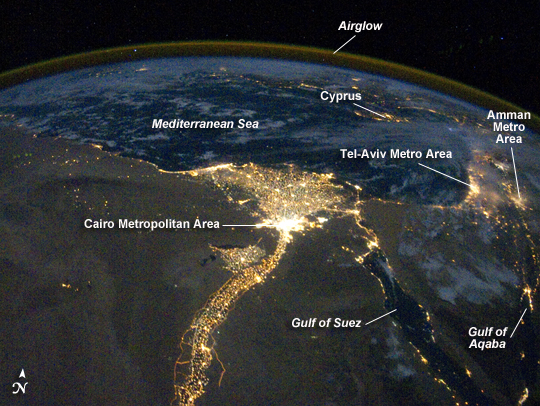