Warning: mysqli_free_result() expects parameter 1 to be mysqli_result, bool given in /var/www/html/americanthinker/admin/common/functions/func.general.php on line 126
 A Profile in Courage, Determination, and Dedication - American Thinker
« Another cause for occupiers to occupy next spring | GOP elites, the base, and the GOP brand »
|

A Profile in Courage, Determination, and Dedication

It is unlikely that more than a handful of AT's readers share the opinions or politics of Christopher Hitchens.  He is militantly atheistic, and two of his most notable bêtes noires are Henry Kissinger and Mother Theresa, quite a pair to draw together!

Yet it is equally unlikely that more than another handful do not stand in awe of his towering intellect, mastery of the language, and powerful, and sometimes elegant writing.

He is dying of esophageal cancer.   Its onset was sudden, its progression rapid, and it has left him, physically, a shell of his old self.

For Descartes, it was Cogito ergo sum (I think, therefore I am).  For Christopher (never Chris), it has always been Scribo ergo sum (I write, therefore I am).   His illness may have slowed him down, but it has not stayed his hand.  He remains determined and dedicated to chronicle his journey thru his Hell, for write and speak he must, no matter the pain.

Before proceeding, get the tissues out (not that he would want you to) and then read about his gut-wrenching struggle with radiation therapy. 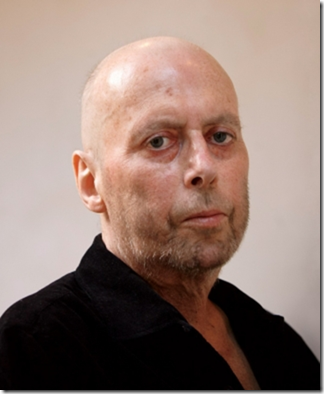 Like dark clouds on the horizon, the introduction foretells of the harshness ahead:

Reviewing familiar principles and maxims in the face of mortal illness, Christopher Hitchens has found one of them increasingly ridiculous: "Whatever doesn't kill me makes me stronger." Oh, really? Take the case of the philosopher to whom that line is usually attributed, Friedrich Nietzsche, who lost his mind to what was probably syphilis. Or America's homegrown philosopher Sidney Hook, who survived a stroke and wished he hadn't. Or, indeed, the author, viciously weakened by the very medicine that is keeping him alive.

And harsh, indeed, is his trial:

But I do remember lying there and looking down at my naked torso, which was covered almost from throat to navel by a vivid red radiation rash. This was the product of a month-long bombardment with protons which had burned away all of the cancer in my clavicular and paratracheal nodes, as well as the original tumor in the esophagus.

Read the whole thing, if you dare or think you have the stomach!

Then follow the searches to read how he spits in Death's eye and has his faith tested (Yes, Virginia, Atheism is a faith).