The courthouse in Benghazi, is the iconic seat of the revolt which toppled Qaddafi -- Libya's "(im)moral equivalent" to Egypt's Tahrir Square.  During the tumultuous months of Libya's brutal civil war, it was here that rebel forces established a provisional government, and propagandistic media center, crowing to foreign journalists about their "heroic" struggle "for freedom." 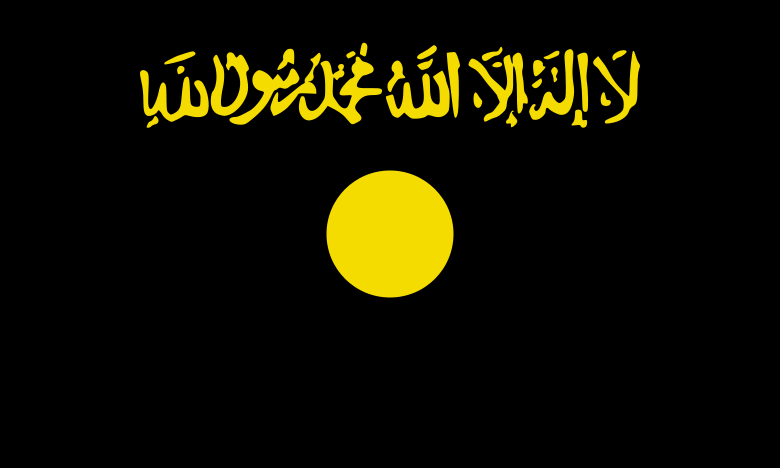 However, according to multiple eyewitnesses -- as documented by reporter Sherif Elhelwa, 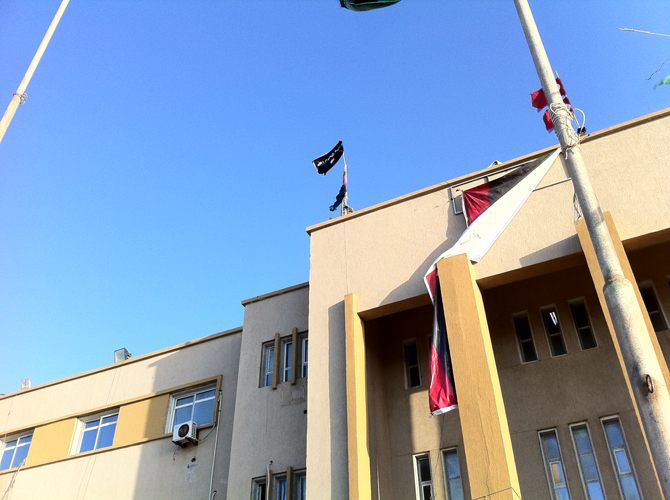 ...one can now see both the Libyan rebel flag and the flag of al Qaeda fluttering atop Benghazi's courthouse. According to one Benghazi resident, Islamists driving brand-new SUVs and waving 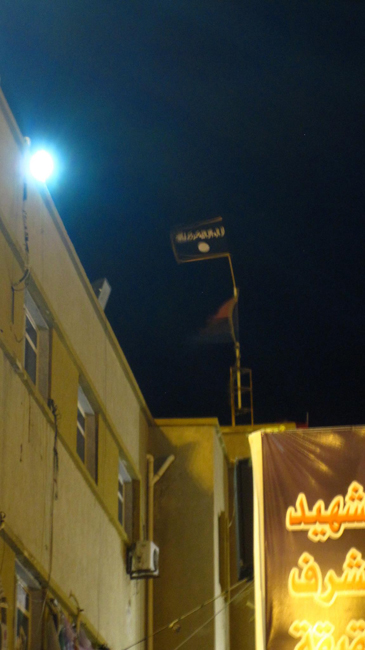 the black al Qaeda flag drive the city's streets at night shouting, "Islamiya, Islamiya! No East, nor West," a reference to previous worries that the country would be bifurcated between Gaddafi opponents in the east and the pro-Gaddafi elements in the west.

Earlier this week, I went to the Benghazi courthouse and confirmed the rumors: an al Qaeda flag was clearly visible; its Arabic script declaring that "there is no God but Allah" and a full moon underneath. When I tried to take pictures, a Salafi-looking guard, wearing a green camouflage outfit, rushed towards me and demanded to know what I was doing. My response was straightforward: I was taking a picture of the flag. He gave me an intimidating look and hissed, "Whomever speaks ill of this flag, we will cut off his tongue. I recommend that you don't publish these. You will bring trouble to yourself." He followed me inside the courthouse, but luckily my driver Khaled was close by, and interceded on my behalf. According to Khaled, the guard had angrily threatened to harm me. When I again engaged him in conversation, he told me "this flag is the true flag of Islam"....