Did NREL sanction the Solyndra 'Investment'?

Did the Obama administration exercise elementary due diligence in vetting the Solyndra loan guarantees it issued? Did it use the government's own well-funded national laboratory dedicated to solar energy? According to its own website: "The National Renewable Energy Laboratory (NREL) is the nation's primary laboratory for renewable energy and energy efficiency research and development (R&D)."  NREL's site goes on to say:

"NREL began operating in 1977 as the Solar Energy Research Institute. It was designated a national laboratory of the U.S. Department of Energy (DOE) in September 1991 and its name changed to NREL. 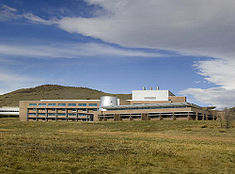 gy Efficiency and Renewable Energy and also provides research expertise for Office of Science, and the Office of Electricity Delivery and Energy Reliability. NREL is managed for DOE by the Alliance for Sustainable Energy, LLC."

It records increased funding levels from Department of Energy in the hundreds of millions of dollars per year, topping out at $536 million in 2010, and occupies an oimpressive facility in Golden. CO.  For the record, I am in favor of pursuing continued R&D on solar energy but it is justified today only at the level of basic research (i.e. projects with modest budgets) until there is a true "breakthrough."

Congressional Republicans should ask President Obama a simple question: Was NREL consulted on the Solyndra investment?

By the way, the national media's inattention to the Solyndra debacle is itself scandalous especially given their previous constant braying over the faux-scandal concerning Dick Cheney's non-connection to "Halliburton."