Why is this man smiling?

Perhaps his legal entanglements seem less arduous now that Anthony Weiner has temporarily supplanted John Edwards as the Democratic Party's most despicable heterosexual. The former Democrat Veep nominee has been unsuccessful thus far in plea-bargaining  his way out of the prison sentence he faces if convicted of conspiracy and campaign law violations.

The charges stem from the alleged misuse of campaign funds that appear to have been solicited explicitly for the purpose of keeping his mistress, Rielle Hunter, quiet while he peddled his Presidential aspirations.

Why the mug shot smile? 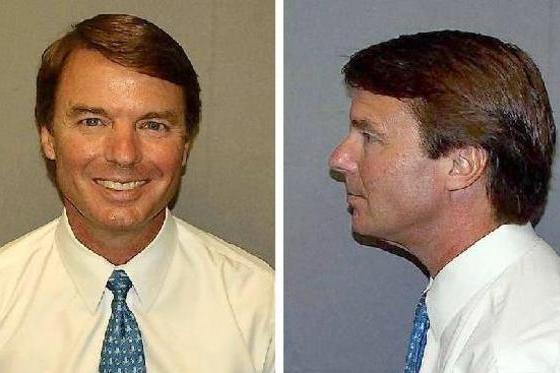 After losing his wife, his family, his reputation and any hope of a political career, perhaps John Edwards realizes that the only asset he has left (other than piles of cash) is his pretty face.

May it serve him well in prison.

Shades of Tom Delay's mug shot after indictment by leftist Travis County (Austin, TX) DA Ronny Dugger, on a dubiouos money laundering charge over campiagn donations Delay made to other GOP candidates. Delay knew that his opponents wanted to use the mug shot against him. Hence: 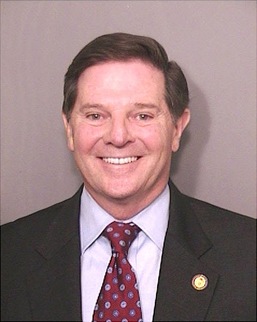 This must be the only time John Edwards took policy advice from Tom Delay.

Ralph Alter is a regular contributor to American Thinker. He blogs at www.rightot.blogspot.com