Warning: mysqli_free_result() expects parameter 1 to be mysqli_result, bool given in /var/www/html/americanthinker/admin/common/functions/func.general.php on line 126
 Weinergate not petering out (updated - new pictures) - American Thinker
« AT writers on the air | Sarah Rides Roughshod over Media Mutts »
|

It's been a tough 10 days for Rep. Anthony Weiner, his only hope for redemption being that the media and the public would get tired of the story. But if his  nemesis Andrew Breitbart is correct, this week is going to be even worse.

A new woman has come forward with what she claims are photographs, chats, and emails with Rep. Anthony Weiner (D-NY). These appear to undermine severely Rep. Weiner's explanations that he was the victim of  a "prank" or a "hack."

The detailed new information suggests that the Brooklyn- and Queens-based representative and the young woman in question were involved in an online, consensual relationship involving the mutual exchange of intimate photographs.

Meanwhile, seasoned New York Daily News columnist Mike Lupica, is beginning to wonder if the Congressman may have done himself in:

Sunday I am talking with a state Democrat who has worked with Weiner and the guy says, "That will be the T-shirt for anybody running against him for mayor: 'Certitude.' Like Anthony's gift to his opponents. It will be another way for them to say he's full of ----."

The guy goes on to say: "Nobody must have told him you starve a controversy, you don't feed it. I think at the start of this, people were willing to give him the benefit of the doubt. Only then something happened. He started to talk. And even after he thought it was all right to call a reporter a jackass, he kept talking."

You kept waiting for Weiner, before he finally did shut himself down, to say this, or something like it: In my life I never took a picture like that of myself. And this: That's not me. But he hasn't said that, with certitude or anything close. So nobody is quite sure what the truth is with Anthony Weiner. Maybe that is why the real distraction in this entire matter has become Weiner himself.

Weiner's basic problem is arrogance, plain and simple. He thought he was so smart that he could talk his way out of anything. His problem is shared by many in the Democratic Party,  a political clique made overconfident and mentally flabby by the media which customarily protect them.  When your mistakes magically disappear from (or never appear in) the media, ou begin to think that you are infallible.

The problem with this thinking is that some mistakes cannot be ignored. In Weiner's case, it is the sexual connotation. In Obama's case, it may be a determined Republican opponent in the presidential debates, or a foreign policy disaster too big to ignore, or an economic reality so grim that happy face press coverage of the "summer of recovery" or the virtues of extra time with the family and staycations cannot put a gloss on his genuine incompetence.

Update: the first 2 new pictures are out. Breitbart tells us we will be spared obscene ones, which are claimed to be in hand. But the first two, while quite tame, reveal a truly creepy man, especially when the titles are considered. Note the facial expression on number 2: 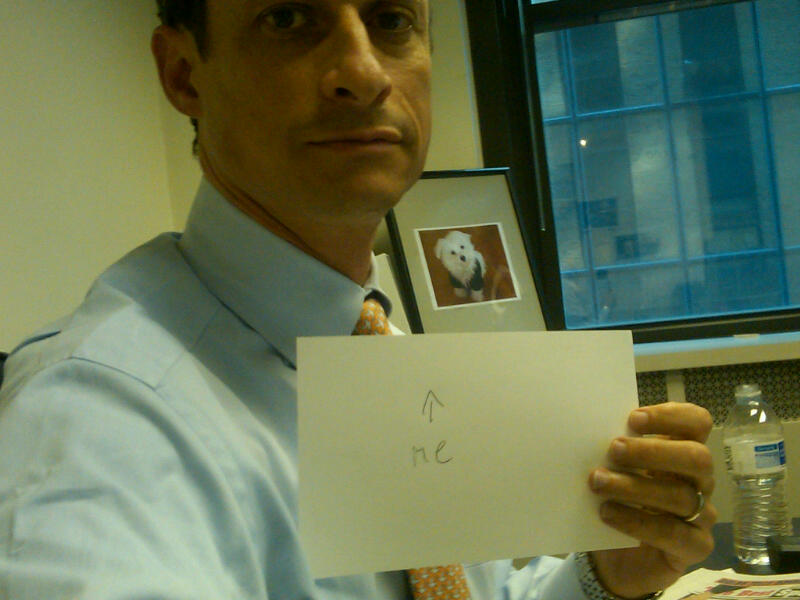 Me and the pussys: 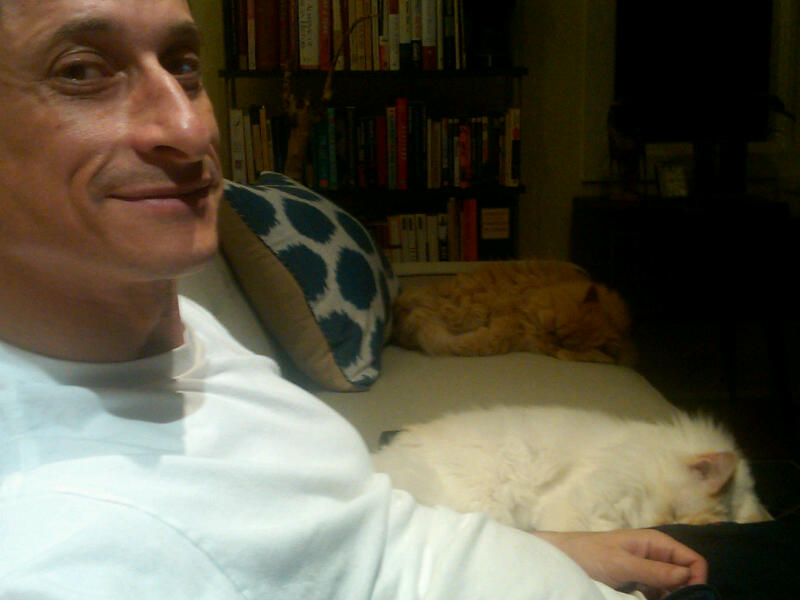 Weinergate is getting bigger and bigger.

The woman says she has 200 sexually explicit messages from Weiner from a Facebook account the Democratic politician no longer uses.

RadarOnline.com and Star magazine verified that the account where the messages originated does belong to Weiner (see below).

He told the woman he had a "ridiculous bulge" in his shorts and asked if she "wanna see" it -- almost three months before a photo of an erect penis in tight fitting briefs appeared in the pol's Twitter stream.

There is more information indicating that Weiner used governemnt resources to engage is some of this activity.

Of course, if he were a Republican, he would be out of office by now. Weiner's self-righteous insistence that he is a victium is looking awfully thin.