Warning: mysqli_free_result() expects parameter 1 to be mysqli_result, bool given in /var/www/html/americanthinker/admin/common/functions/func.general.php on line 126
 Graph for the Day for June 6, 2011 - American Thinker
« Assad stages bloody confrontation at border with Israel | AT writers on the air »
|

"Of the many accomplishments of Ted Kennedy, few have had a more profound effect on America-America as a state, as an economy, a society, and as a nation-as the first act he ever managed to passage, the Immigration and Nationality Act of 1965... it's likely that no political act of the last century has so changed America and put us on the path to eventually becoming a multi-racial nation as that law from 1965."  DailyKos. 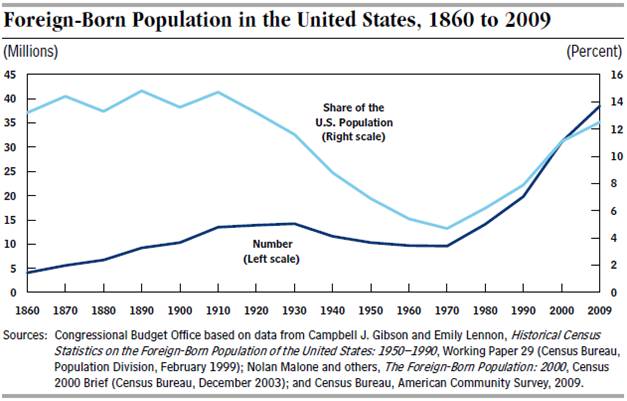 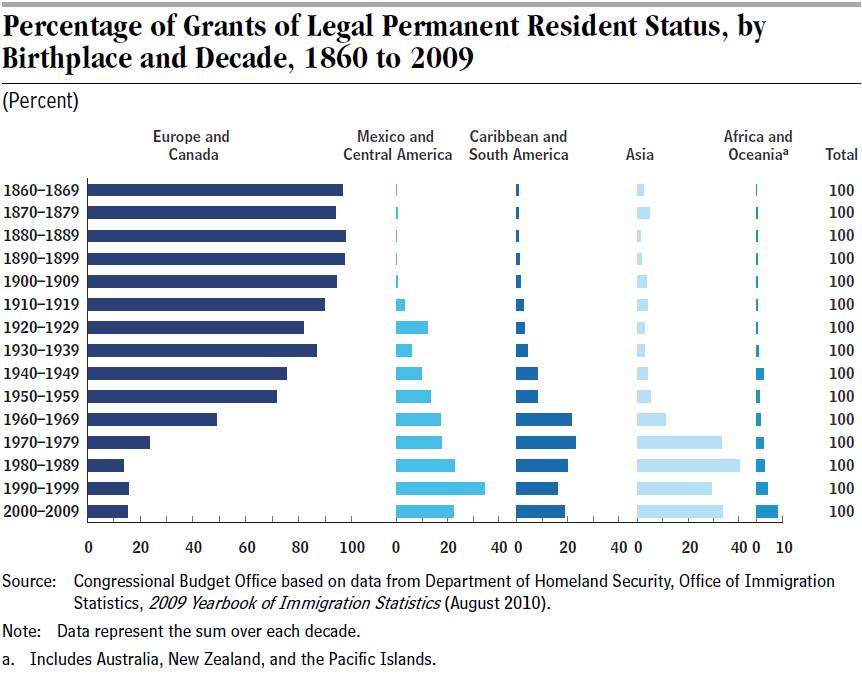 Fertility rate of US native-born women: 2.0%

Fertility rate of US foreign-born women from Mexico/Central America: 3.3%