Someone just tweeted what they are saying are the results of Oscar voting.

Doug Ross has the story and the screenshot of the "winners." 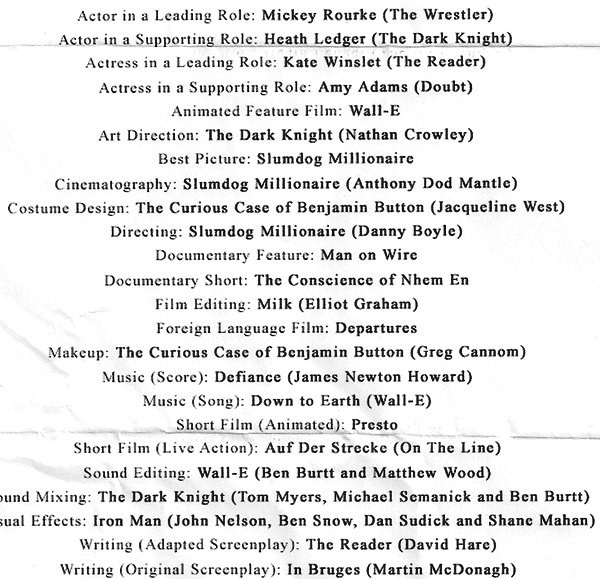 Check out Doug's post for a full shot of the stationary it's printed on. Looks official but then, the letterhead and signature could easily have been on a letter unrelated to the Oscars with the body simply filled in by the hoaxer.

The interesting thing to me is that it came about via Twitter and is probably spreading like wildfire throughout the internets. Much more than Facebook, Twitter is immediate and sudden - I get traffic in waves when someone on Twitter links to one of my posts.

Twitter is really taking off and will soon rival other social networking sites. I still haven't figured it out yet but people tell me it is very addicting once you get the hang of it.

Doug Ross emails me that Ed Morrissey has concluded its a clever hoax. I am inclined to doubt the authenticity of the list myself but that's just my native skepticism. I guess we won't be sure until tonight.