Saying No to Black History Month

Here we are again folks. February, another Black History Month. Progressives expect my fellow blacks and me to happily celebrate our month. I will not.

BHM is nothing more than a political weapon for Democrats/progressives to spread racial hate and further their lie that America is the greatest source of evil on the planet.

Most American blacks do not realize that many original civil rights black freedom fighters who stood beside Dr. Martin Luther King Jr sold their souls to the dark side after Dr. King died. They joined the white Democrat/progressive movement, metaphorically receiving 30 pieces of silver. The agenda of the dark side is anti-Christian and anti-American.

Black civil rights activists like Jesse Jackson abandoned Dr. King's divinely inspired mission for blacks to be judged by the content of their character rather than the color of their skin. Instead, the post-MLK black civil rights movement became all about skin-color, exploiting it in every way. Suddenly, Jesse Jackson and other racism-pimps became rich by claiming every problem plaguing blacks in America is the result of racism. Terrified corporations paid off Jackson and other race-hustlers to shut up and back off.

Remember when Jesse Jackson tried to extort Major League baseball? Jackson claimed MLB was racist because not enough blacks attended games. Scratching my head, I do not understand how MLB is at fault. I don't know if Jackson got paid or not.

Democrats gave Jesse Jackson, Al Sharpton, and other black traitors seats of power at their table. Their job was to keep convincing blacks that they will always be victims of rabidly racist America. Therefore, blacks' only hope is to keep voting for Democrats to push back against America's mission to terminate them. Sadly, blacks are terminating themselves by insanely supporting Democrat/progressives' support of Planned Parenthood.

Folks, Democrat/progressives' lie about America is extremely evil and destructive, generating racial-hate and violence. America is the greatest land of opportunity on the planet for all who choose to pursue their dreams!

Cities controlled by Democrats for the past 40 years are a mess; record-breaking black on black homicides, failing schools, high black incarceration and high fatherless black households. And yet, anyone black or white who suggests solutions to empower blacks to fix their problems is immediately attacked by Democrats/progressives. These compassionate Americans are branded either Uncle Toms or racists.

Democrats/progressives want blacks totally dependent and thus enslaved to government. Black empowerment and liberation is not their goal. Their goal is to transform America into the progressives' utopia. This is why Democrats/progressives seek to destroy patriotic self-reliant black role models who achieved outstanding success via hard work, education and making right choices; Justice Clarence Thomas and GOP presidential candidates Dr. Ben Carson and Herman Cain, to name a few. 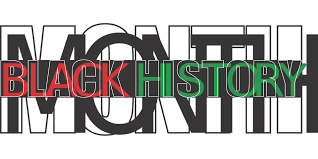 Every Black History Month progressives beat us over the head with their insidious evil lie that America is still a hellhole of racism. They ignore the huge elephant in the room that white America bypassed the normal vetting process to gift the first black president two terms.

Progressives love multimillionaire black celebs and billionaire Oprah who absurdly claim blacks are enduring the same discrimination they suffered in the 1950s. These useful-idiot hatemongers have many blacks believing Democrats' crazy lie that the 63 million who elected Trump are white supremacists.

A college professor black buddy teaches at two Maryland colleges, one predominantly white and the other predominantly black. He worked his way through college and grad school, enjoying a successful career in advertising before becoming a professor.

In almost a whisper, he said, “I have noticed that my white students don't mind working for what they want. My black students view themselves as entitled and believe everything should be given to them.”

Tragically, my buddy's black students are infected with poisoned mindsets caused by time spent at an indoctrination camp disguised as an institution of higher learning. Black students are taught they are victims of racist white America. Therefore, they are entitled. “MAGA” cap wearers and Republicans dare not set foot on their campus.

My younger brother Jerry is an extremely fearless and outspoken Christian and black conservative Republican. He routinely verbally spars with members of his all black Baltimore Trump-hating church. He always leaves his opponents speechless because their arguments are rooted in emotion and Democrat/fake news media lies. Jerry's arguments are rooted in love, truth, and facts.

Having a little fun, Jerry sent me this text:

“Good morning. I changed my mind. I'm voting for the democrats. My debts paid, free checks, don't have to work, I can legally smoke weed, and no responsibility. Plus, knowing the dems, there's probably more benefits to come. It doesn't get any better than that.”

Thank God that Jerry understands that the Democratic Party has become a hateful mob of scam artists. No, I will not be celebrating Democrats/progressives' Black History/America Sucks Month.