Is the Coronavirus Outbreak China's Chernobyl?

To refresh our memories, it was in 1986 when the No. 4 nuclear reactor in the Chernobyl Nuclear Power Plant exploded and was burning as the solid fuel rods of Uranium melted down. The smoke and steam from the fire and firefighting spread across Northern Europe and the Russian steppes. The number of deaths attributed to this disaster could be as high as 100,000 but accepted estimates are closer to 27,000.

“The nuclear meltdown at Chernobyl… was perhaps the true cause of the collapse of the Soviet Union.”

It is clear that Gorbachev could not bring himself to admit that it was Ronald Reagan’s foreign policy which was the underlying cause. Regardless of the causes of the collapse, it seems history is about to repeat itself.

The outbreak in People’s Republic of China (PRC) has led to a declaration of a global public health emergency by the World Health Organization (WHO). In the 2019 WHO report of the ten most likely threats to global health, an influenza pandemic was in the top three.  In light if recent events, it seems that it should have been listed as the number one threat.

Just as with the Chernobyl cover-up, there are indications that the outbreak of the corona virus is much more severe than has been admitted by the communist government. There are reports that the PRC is digging mass graves and burning bodies to deal with the death toll. If true, then the actual death toll is well above the 170 officially stated by President Xi Jinping’s government. Unlike the trade war or the Hong Kong protest, Xi cannot blame this outbreak on foreign powers.  This was also the case with the Chernobyl meltdown

The questions about the official statements concerning the epicenter of the outbreak being a wild game market are being raised. Senator Tom Cotton (R-AR) issued this statement:

"I would note that Wuhan has China's only biosafety level-four super laboratory that works with the world's most deadly pathogens to include, yes, coronavirus," 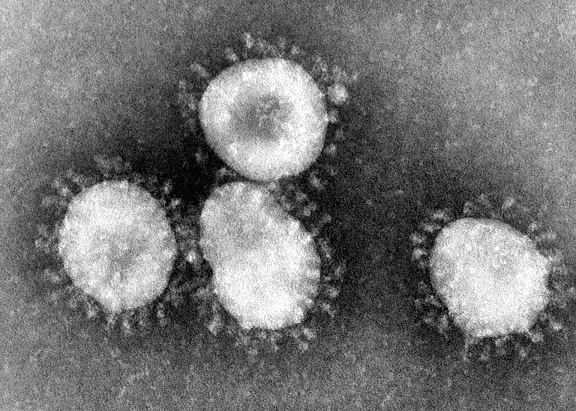 Some scientists now speculate that the government of the PRC was using this lab to devise a biowarfare pathogen. The process would include developing a vaccine, then testing the vaccine. The test subjects would likely be human. China, with the assistance of other communist countries, has a history of experimentation on human subjects, e.g. Korean War POWs.

The possible scenario for the current outbreak is that the test vaccine was ineffective and the human test subjects were not effectively quarantined. There is an historical parallel concerning the Spanish Flu outbreak.  It has been alleged that the Spanish Flu of 1918 was the result of contaminated Yellow Fever vaccines. If a bioweapon development proves to be the cause, then it is likely that this pathogen will not be contained effectively, at least not in China. The measures that the PRC has taken so far seem too little too late. Leaked video of doctors having meltdowns as the hospitals are overwhelmed seem to confirm that the situation is out of control.

As with the Spanish flu one hundred years ago, this pathogen will likely decimate the People.s Liberation Army, since they are quartered in barracks which are not very modern. The tight quarters and common eating areas (it would be too kind to call them mess halls) are an ideal environment for spreading the virus. Looking back at the 1918 Spanish Flu, the army on both sides of the trenches were devastated by the flu. In the U.S. Army alone, 46,992 soldiers died of the flu. This was roughly 6,000 fewer than the 53,000-plus soldiers who were killed in combat or died of their wounds.

A severely weakened Chinese Army will provide an opportunity for both Hong Kong and Taiwan to sign a joint sovereignty declaration or some other instrument pledging mutual assistance and cooperation. The recent election in Taiwan suggests there is no appetite to align with mainland China in any way.  And the protests in Hong Kong evidently suggest the same sentiment.  There may be other provinces that harbor simmering resentment toward the current status quo. This is hard to gauge since there is overwhelming censorship (thanks to Google et al.) in mainland China.

The scenario above is far from certain, but neither is it impossible. The question then must be asked, how will the PRC cope with this crisis? And we must also ask, how will America respond to a fracturing China?