A Tale of Two Leaders: Trudeau versus Trump

The contrast couldn’t be more telling. Last November, voters elected a Hemingway man as president. Hemingway, as in Ernest. You know, the great 20th Century writer who glorified masculinity: big game hunting, deep-sea fishing, bullfighting, war. Testosterone comes standard with males, and Hemingway never apologized for it. Why should he have? That’s like saying sorry for having two feet.

Up north, Canadians elected a party to govern -- the Liberals -- led by a Trump antithesis. Prime Minister Justin Trudeau is everything that Trump isn’t -- oh, and proud of it. He declares himself a feminist. Says he’s raising his boys to be feminists.

In an October 11 essay for Marie Claire, a fretting Justin Trudeau wrote:

I want my sons to escape the pressure to be a particular kind of masculine that is so damaging to men and to the people around them. I want them to be comfortable being themselves, and being feminists -- who stand up for what’s right, and who can look themselves in the eye with pride.

In other words, Trudeau wants his sons neutered like all hardcore feminists want boys and men to be. Trudeau fits that bill. He seems hatched from a PC incubator. He’s got Abercrombie & Fitch model good looks -- you know, in that impish, teenage sort of way. Fey boys and men are en vogue in Western popular culture.

Trudeau’s a lightweight in a heavyweight world. China, Russia, and India aren’t ruled by wussies. Nor is the U.S. led by one. Western Europe -- sissified turf -- holds Trudeau’s longing gaze.

Trudeau tiptoes, embraces, and snuggles. He declares the Canadian house open to all those refugees and lost souls spurned by big, bad America. Hot chocolates on the stove, and wait till ragged Somalians and Syrians get a taste of Justin’s yummy cookies.

From an October 5 Fox News report:

Advocates say it's the contrast between the Trump administration's hardline stance on immigration vs. the welcoming image projected by Canadian Prime Minister Justin Trudeau that drives many migrants to Canada -- though the country does warn there is no guarantee that status will be granted.

Looks like Trudeau’s feminine-saturated compassion is running into obstacles called Canadian law and Trump brawn. Never fear, though, per the Fox News’ report, the refugees keep streaming across the Canadian border. Law matters little with a world class chump at the helm.

Trump, no bones, is an alpha male. He surrounds himself with military. You know, notably, John Kelly and Jim Mattis. He picked a fight with the PC-entangled NFL over the flag and anthem -- a fight he’s winning handily. And with the backing of millions of patriots. 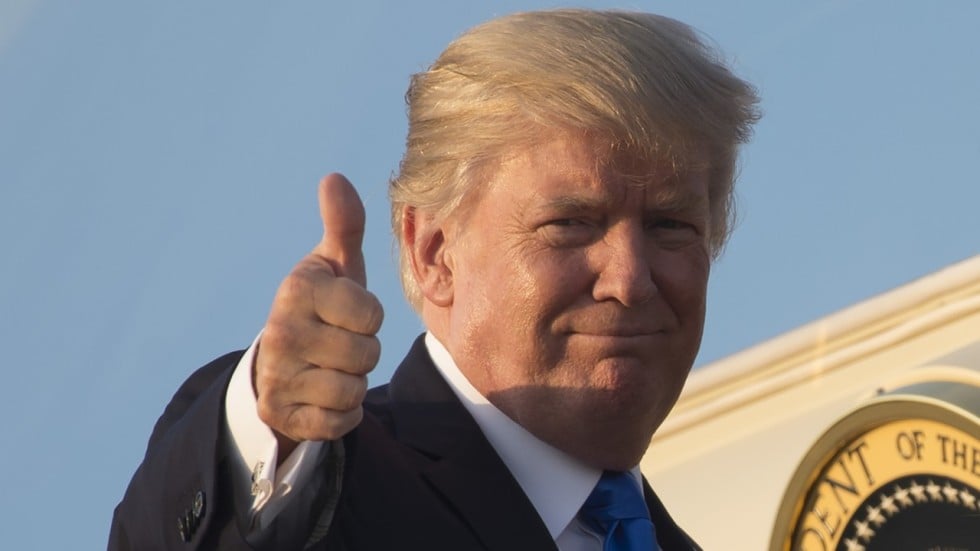 Trump doesn’t try to hide his maleness with feminine touches. The president makes no excuses for being a real guy. He was a developer and builder, both burly occupations. He spoils for a fight -- no-holds-barred. He’s a self-described winner, and winning is always his aim. In Trump’s universe, put away your hankies; there aren’t any trophies for trying.

Trump has raised solid kids – sons and daughters who are hardworking achievers… suck-it-up, get-it-done sorts. He and the first lady are raising Barron the same way. And like strong men, he’s not afraid of strong women. Melania and Ivanka aren’t shrinking violets. Check, Kellyanne Conway.

Compassion, Donald Trump has. It’s heartfelt but guy-expressed. Hurricanes devastated southeast Texas, parts of Florida, and Puerto Rico. What did the president do? He took the bull by the horns. Fixes were ready to go in the aftermath. He quickly brought to bear resources to alleviate suffering and restore order. There’s a lot more work to be done, but the president is on it. He and the first lady ventured to shattered communities, there to commiserate. But, also, to demonstrate resolve to overcome.

Guys express themselves by problem-solving and battling. And here Trump is rebuilding the military. He’s staring down Kim Jong-un. He’s challenging the PRC in the South and East China Seas -- international waters claimed by the Chinese -- by asserting American warships’ right to ply those waters. He’s pulverizing ISIS with loosened rules of engagement, giving his field commanders broader latitude to “find the enemy and kill him.”

And as of last Friday, telling Iran’s mullahs, “No deal,” on the Obama-Iran nuke agreement.

The Trudeau and Trump contrast reflects a divergence in U.S. and Canadian worldviews. Perhaps its fairer to say that the divergence is between progressive precincts in Canada and the U.S. versus normals in both countries. Nonetheless, the momentum differs in each.

Trudeau-led Canada is miring in feminist gooblygook. Feminism is creed – a creed that decries masculinity and males as historically bad. It’s arrogant and delusional, denying genetics and hundreds of thousands of years of evolved human nature. A premise: Locke’s and Rousseau’s debunked tabula rasa.

Feminism embraces a vanity: that maleness can be educated and conditioned out of males. U.S. public schools have become feminist domains and laboratories. Permitting girls into the Boy Scouts is what? Another attempt to feminize boys. Or, if boys can’t be conditioned into little Trudeaus, suppress them -- chide and punish them into knuckling under.

Feminism is, finally, about power -- it’s pursuit and retention. It’s no mistake that modern feminism is chiefly a leftist movement.

Trump’s election manifested an upwelling of revulsion with PC, a large part of which is driven by feminism. That revulsion wasn’t just among red-blooded men, but among red-blooded women, too. Tens of millions of men and women, living somewhere between New York and San Francisco, know instinctively that guys need to be guys and gals, gals. Males and females possess characteristics and strengths that complement.

America always had a strong masculine sensibility, from the Pilgrims to the Revolution to explorers and westward expansion to the “right stuff” to get to the moon. Railroads, ironworks, steel mills, shipyards, cattle drives, and much more… men’s work. And wars, to save the Union, and then to defeat enemies abroad. Men’s work.

American patriotism is saturated with masculinity. Military color guards. Warplane flyovers. The anthem itself, an ode to bravery in the face of the enemy. Feminism and vapid maleness didn’t make America.

A last take from Trudeau’s essay in Marie Claire:

It’s 2017, yet in Canada and around the world, women and girls still face violence, discrimination, stereotypes that limit them, and unequal opportunities that keep them from achieving their dreams. It is maddening to me that my brilliant, compassionate daughter will grow up in a world where, despite everything she is as a person, there will still be people who won’t take her voice seriously, who will write her off -- simply because of her gender.

For the prime minister, a century or so of progress in women’s rights in Canada -- and the U.S. -- all for naught. No mention of the lechers and sexual predators amongst his ilk -- the Bill Clintons and Harvey Weinsteins – who appalling exploit women.

But Trudeau does hint at another real threat to females, he just doesn’t have the cojones to give it voice.

Want to know where “women and girls still face violence, discrimination, stereotypes that limit them?” In any Muslim community, where virulent chauvinism and, not infrequently, misogyny are practiced -- and have been for centuries. Where beatings, stoning, and honor killings are part of the social fabric.