George H. W. Bush’s job portfolio is incredible. He served his country as a Navy torpedo bomber pilot, a Congressman, head of the Republican National Committee, Ambassador to the United Nations, head of the liaison office in China, director of the CIA, vice-president and then president. He celebrated his 75th, 80th, 85th, and 90th birthdays by jumping out of a plane. But what needs to be added to the resume is his greatness as a dad.  American Thinker interviewed former Governor Jeb Bush in honor of Father’s Day; thus it is not about politics, but about Jeb Bush and George W. Bush’s reflections of their dad.

In his book The Quiet Man John Sununu described President G. H. W. Bush as modest, generous, kind, and with a love for America and its values. In 41: A Portrait of My Father, George W. Bush wrote that his father was not only a great president, but also “an even better father… His approach to parenting was to instill values, set an example, and support us in whatever we chose to do.”

Governor Jeb Bush told American Thinker, “My dad’s greatest gift to all his children was unconditional love. He never tried to steer us in any one direction. No matter how we expressed ourselves or sometimes misbehaved he always loved us. The most devastating form of discipline I received from my dad was when he would say, ‘I am disappointed in you.’ Thankfully that did not happen very often, but when it did it took me out.”

George W. writes in the book how values were instilled in the Bush brothers by example since their father exhibited courage, loyalty and service. How ironic it is that the future commander-In-chief would later send Americans into harm’s way. He experienced his own nightmares about feeling responsible for his crewmembers who did not survive the shooting down of his plane by the Japanese. Jeb Bush remembers how his dad “in the midst of the Gulf War wrote letters about its planning. Having lost friends in combat during World War II he was concerned about those who would be sent off to war and the heavy burden he felt. I was made aware of the wrenching decisions he would have to make. I understood that if you served as he had there is more of a heightened awareness.” 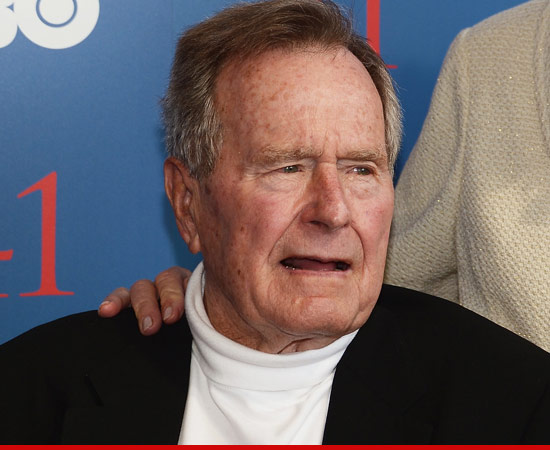 President 41 was a man on a mission. Friends and foes alike recognize George Bush’s overall impact on the world, in many ways unparalleled in postwar America. Governor Bush learned from his father that as a leader in office he needed to make tough decisions and there are risks that go along with that. What he sees as one of his father’s greatest accomplishments was the fall of the Berlin Wall, the reunification of Germany, the restoration of democracy in Eastern Europe, all culminating with the collapse of the Soviet Union. Governor Bush told American Thinker, “I think my dad’s greatest legacy, one that he should be most proud of is the end of the Cold War, the fall of the Soviet Union without much blood shed. This required extraordinary skills.”

Jokingly asked if his father had ever told him half-heartedly that if he receives the nomination he hopes he gets a different result against a Clinton, Jeb Bush stated, “He has always encouraged me in my political career. My dad never brought that up. He lost but always had the philosophy that life goes on, as evidenced in his post-presidential life. He has been extraordinary, including helping to raise money for the victims of the Asian Tsunami, helping those in need after Katrina, and has been at the forefront of coordinating a strategy to help fight cancer.”

Bush 43 writes that his dad taught his children important lessons on how to conduct oneself while holding public office, “Listen to your conscience. Don’t confuse being ‘soft’ with seeing the other guy’s point of view… don’t assign away your judgment to achieve power.” When asked about this quote Jeb Bush responded, “He set the standard for those in public office. This attitude needs to be restored in Washington D.C. where it is all about pushing the other person down to make yourself look better. Instead we should find common ground and accept the fact that while people may not agree with one another you should not subscribe bad motives. My brother is right that my dad is a model for restoring respectability when disagreeing with someone. Dad is a person who believes in civility. I think people in both parties would agree with that statement.”

Jeb Bush considers one of his father’s most important domestic accomplishments, the reinforcement of the Constitution in the aftermath of President Reagan’s assassination attempt. President 43 emphasized in the book that his father strove to avoid panic after President Reagan was shot and that Vice-President Bush refused to send the signal that President Reagan had lost command. He noted that at a cabinet meeting the vice-president sat in his usual position, rather than in President Reagan’s chair. Jeb Bush reflected on that moment in history, “Dad provided the right tone and the right touch. He sent the right message to the American people of being humble, calm, and collected. He showed the American people the enormous respect he had for the president and handled it perfectly.”

Describing his father’s approach to parenting, Jeb Bush says he invented “…quality time.  When we were growing up he was not there all the time.  But when he was home he gave us his full attention. He was never distracted with text messaging or looking at his phone. He would listen intently. My fondest memories are when he would take us to the Colt 45s games and when we would fish together. The best times I have is going fishing with dad while we would have a chance to talk to each other without many people around.”

As a father himself Jeb Bush hopes “…to aspire to be half the man that my dad is. He is loving, caring, thoughtful, funny, and generous.  Although he cannot walk any longer he still is in good spirits and his mind is still sharp.  On this Father’s Day I reflect on my feeling for my dad because he is my inspiration, and the greatest man I have ever known. As you can tell during this interview I am not very objective about it, but my dad is my role model. I am totally blessed with regard to my parents.”