The Washington Post this week carried a Carter Eskew story about Sec. of State John Kerry's travels that contains enough puffing to inflate the Hindenburg. The Post's man is seemingly in awe of Sec. Kerry's peripatetic globe-trotting in pursuit of peace, peace prizes, or just a piece of the action.

Where is Kerry today, the Post man asks? Who knows? He could be in Geneva trying to get the Russians to be more cooperative about dismantling Syria's chemical weapons. Or he might be in the Mideast twisting Netanyahu's arm, trying to get Israel's elected Prime Minister to give up more territory to the PLO. Or he might be  buttonholing the Europeans in an effort to persuade them to endorse the Obama administration's plan to ease sanctions on Iran. The hope of the"interim agreement" is for Iran to slow, or at least not be so bloody obvious about their designs on nuclear weapons. The designs which are  bloody obvious to everyone. 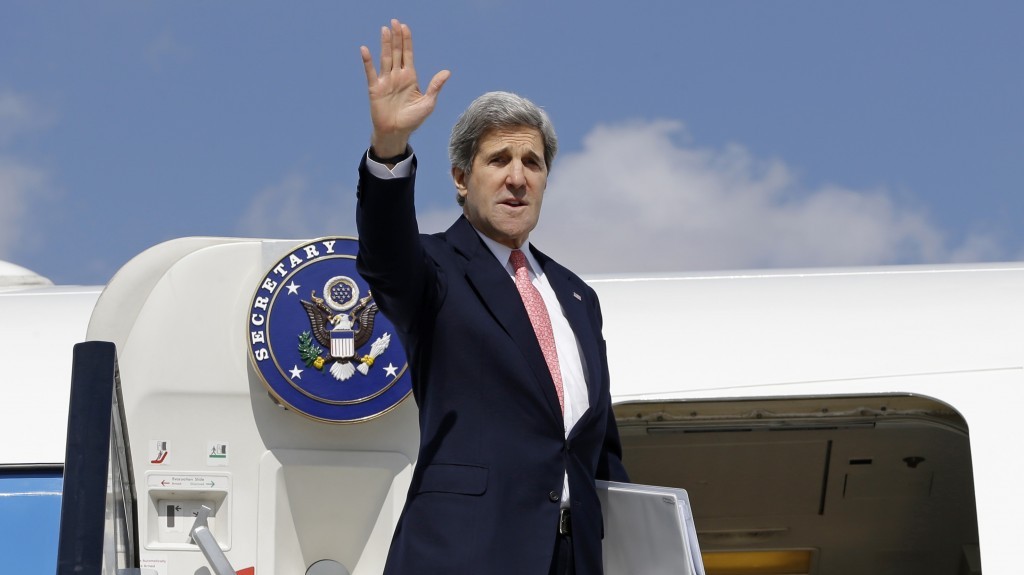 The Post clearly admires all this energy, all this zooming about. It's a mixture of high ideals, ego, and vision, we are assured. If it sounds curious, it should. Is there anything in that mix of issues, or especially, Obama administration handling of issues, that should give any of us assurance?

Take Syrian chemical weapons, for starters. Syria seems to be foot-dragging on their commitments to dismantle their chemical weapons.  So, naturally, Kerry wants the Russians to put pressure on Syria's  Bashar al-Assad. Why should they do that? To make the United States look like the strong horse in the Mideast? To antagonize Russia's de facto ally, Assad? To let Kerry and Obama claim a geopolitical victory? What precisely is  Russia's interest in pulling Mr. Kerry's and Mr. Obama's chestnuts out of that fire?

One of the oldest Russian maxims of great power diplomacy is Lenin's phrase, "Kto kvo?" ("Who benefits?")  So why should it benefit Russia to help the U.S. with Syria?

Let's move on, as the left is always saying, to the so-called "two state solution" between Israel and the PLO. PLO boss Mahmoud Abbas has not held an election in years. He cancelled scheduled elections in the territory he supposedly administers because he knew he and his corrupt gang would lose to Hamas. Hamas took over Gaza in a bloody clash with Abbas' Fatah. They overran the home of the late Yasser Arafat and stole his Nobel Peace Prize.

Arafat won that Peace Prize for a momentary stand down from inciting intifadas -- murderous rampages against the Jews. So Hamas stole the prize that Arafat won by deceiving credulous Europeans. (Who says there's no justice in the world?) Hamas and Fatah are now cooperating uneasily in presenting a united front against Israel. Hamas is sending rockets daily into Southern Israel, targeting Israeli civilians.

Is Abbas opposed to this rocketing? Not at all. He has nothing but praise for suicide bombers and other PLO terrorists. So why should Netanyahu want to cooperate with Kerry and Obama to strengthen Abbas, or Hamas, for that matter?

On to Iran. President Obama and Sec. Kerry have touted the "interim agreement" that promises not to halt Iran's push for nuclear weapons, not actually slow that push, but apparently only quiet the public crowing about the mullahs' weapons program. In exchange for this admirable restraint (a favorite liberal word), the U.S. will ease some of the economic sanctions it has worked for decades to place on the Iranians.

Recall Hillary Clinton's boasting about tough sanctions, serious sanctions, no, wait,  crippling sanctions on Iran? Well, no more of that talk. Now, the Obama administration's signal to the Iranians is: "Take up thy bed and walk."

Despite all the jetting around. Despite all the furious energy expended juggling these perplexing international issues. Despite his willingness to tackle tough issues head on.

Despite all this, what have we Americans to show for all the jet fuel expended?

America's position in the world is dangerously compromised by thisinvertebrate administration. No better summary of this foreign policy can be found than that which Winston Churchill, in his decade-long  "Wilderness Years," applied to the appeasers of his day:

So they go on in strange paradox, decided only to be undecided, resolved to be irresolute, adamant for drift, solid for fluidity, all-powerful to be impotent.

No amount of press puffery can change the brute facts: Iran's top military officer openly threatens to strike the heartland if the U.S. should interfere with their nuclear program. America is less safe and the world is more threatened today than at any time since the fall of the USSR.