It's no surprise that Barack Obama's authoritarian streak is revealing itself at last. It was always there; clearly apparent in his rhetoric (e.g., his envy of Chinese president Xi Jin-ping's powers), his abuse of executive orders, his threats against Congress, his sultan with fly-whisk attitudes toward his opposition, and even his vacations, which reek more of third-world trash gamboling on the Riviera than any American leader (George W. Bush settled his mind by clearing brush in Texas, Reagan at his ranch in Santa Barbara. Obama unfortunately finds the brush already cleared in Martha's Vineyard and Hawaii.) The sole question that remains is how anyone can deny it.

Obama comes by his attitude toward government honestly enough. Just before the 2012 election I published a piece here at AT analyzing Obama's political background. He spent most of his formative years in Indonesia, exposed almost exclusively to the influences of Indonesian culture -- Islam, mass public corruption, and a political system based on two-fisted authoritarianism. Obama's political heritage is rooted in the postwar Islamic strongman role pioneered by Gamel Abdul Nasser, the leader of Egypt from 1953 to 1970, and then refined by numerous other such figures, including Achmed Sukarno and Mohammed Suharto  of Indonesia.

Sukarno was a colorful leader who controlled a populist coalition of the military, the peasants, and the intelligentsia (among them a powerful communist party), through a three-ring political circus in which the main attraction was Sukarno's never-ending one-man battle against the West. After nearly two decades of this, the country was in serious danger of going into the dumpster -- Sukarno had pulled Indonesia out of the UN and was kissing up to the Chinese, in the process turning ever larger sections of government over to the local communists. This lost him the military, always a mistake for a third-world strongman, and in 1965 things came to a head with a bungled coup (planned by whom? -- something that remains uncertain to this day) in which a number of military officers were murdered. The army struck back, and after a confused interlude featuring massacres across the country, the communists were out (most of them -- estimates range up to half a million -- dead), Sukarno was under house arrest, and General Suharto had ended up as maximum leader. 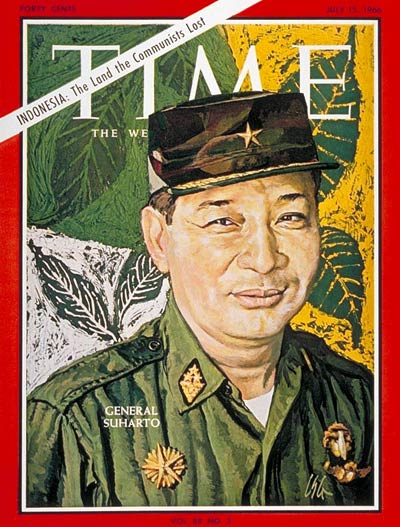 Suharto ran the country as his personal fiefdom for the next thirty-odd years. At the end of that period he had distinguished himself as possibly the most corrupt ruler in history, with a fortune of thirty billion plus stashed in various foreign banks. His avaricious family, which controlled most of the county's industry, pocketed at least as much. Under Suharto's control, Indonesia became notorious for its atrocities in West Irian and East Timor, at the same time meandering its way to a vague prosperity that in no way matched nearby Singapore and Malaysia. (To give Suharto due credit, he did not allow dogs to eat off the china.)

This was the political culture in which Barack Obama came to consciousness. This is the way of life he was first exposed to, and obviously enough, the way he thinks things should be. A single all-powerful ruler, lazy and with few demands on his time, his dictates carried out by a loyal cabal, a terrified and obedient opposition, total corruption, show initiatives that are meant solely as theater with no concrete results expected, and levels of luxury unattainable even by the world's billionaires. This is the program he is attempting to carry out, the system he wishes to put in place. It is not communist, it is not socialist, it is not democratic, any more than Nasser, who probably used the word as often as Lenin, was a socialist. It is pure third-world authoritarianism. This is what half of the American electorate, largely consisting of Low Information Voter boobs assisted by mulish conservatives, put into office two times in a row in the sophisticated, technologically-advanced 21st century. 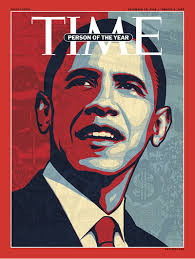 When he eventually turned his eyes toward politics, Obama gravitated to the single place in the United States that most resembles a third-world tyranny -- Chicago. Controlled for years by a single party, and for much of that period by a single family (the Daleys), Chicago embodies Indonesian corruption and authoritarianism (if not climate) to a point beyond the understanding of luckier Americans. (Among other techniques of control, when a Chicago precinct captain ascertains that a voter has cast his vote the wrong way, the miscreant's garbage cans -- owned by the city -- are confiscated, and he's left on his own to solve the problem of family waste disposal. Suharto never came up with anything more effective than this.)

So it's no surprise that Dinesh D'Souza should be facing heavy penalties for a "crime" that earns wrist-slaps for Democratic supporters, that the degradation of the IRS should be, not punished, but applauded and supported by the likes of Charles Schumer, that Bill DeBlasio should choose to punish his own voters -- that is, inhabitants of the Upper East Side who made the error of voting against him in the primaries before coming around in the general election --by withholding the plows during the recent blizzard (as pure a piece of Suhartoism as you will find in this country), that Andrew Cuomo, son of America's foremost Thomas Aquinas scholar, should call for the removal of nearly half his state's population for thought crimes. They are following the example of their party leader, a boy who was raised among the wolves, who spent six years in one of the most odious political cultures of the mid-20th century. And we expect him, all grown up, to act as a true heir of Washington and Lincoln?

All this raises two questions: the first, how a healthy polity could have elected such a creature. We will skip that for now, since I will shortly be laughing too hard to type.

The second, and more urgent is: how far can this go?

Many on the right insist that they know the answer to that: that it will go all the way, that the jackboots will begin stomping, the barbed wire will go up, the Constitution will vanish and the commonwealth, under the thumb of President-for-Life Obama the First, will subside into third-world lassitude, violence, and corruption.

All this is supposed to happen when Obama does two things: calls off any new elections and declares martial law. The kindest thing we can say about this thesis is that it was worked out in ignorance of the actual political and legal mechanics. (e.g., there is no provision for "calling off elections" or declaring martial law in federal statute. Obama would have to appeal to Congress for the first and the state governors for the second, in neither case with hopes of success.) We must not take counsel of our fears.

We need only ask ourselves how Obama's political mentor Mohammed Suharto would have ended up if he'd tried his game in the United States. Thirty years of absolute power would be unlikely; more like thirty years in Leavenworth. An uneducated medieval polity is the starting point for such a train of events, not the finishing point.

Which doesn't mean that we can rest easy; much unpleasantness can and will occur. Consider New York State. Andrew Cuomo governs downtown Albany and New York City. He pays attention to nothing else in the state -- the Mohawk Valley, the Finger Lakes, the Adirondacks, may as well not exist. He acts for two interfaced elites -- political in Albany and financial in NYC. The rest of the state is peasantry, without jobs, without hope, without a future, enabled to subsist by federal welfare programs.

Now, what in the world does this remind us of? What else is New York State but a temperate zone third-world country? (It even features the governorship handed off from father to son -- granted a brief interlude -- much as we see in such regimes.)

This is what the Democrats have in mind for the rest of the country. The prospect we're facing is not 1984, or Nazi Germany, or even Suharto's Indonesia. It is contemporary Argentina, controlled by elites, bouncing from one political extreme to the other, run by an ever more bizarre train of lunatics, with a government that relates to the people in much the same way that a parasite relates to its host.

Can this be stopped? Only if we begin acting like citizens of a republic, which may well be too much to ask.

All the same, I tend to view the world though the eyes of a novelist, in which seemingly unrelated events and activities -- the subplots -- inexorably intertwine over time to bring about a grand climax. Looking at the current political situation, I sense the approach of nemesis. Our antagonists have gone a little too far. They have said too much, have threatened too many people, and have done so in words that they can't back off from. How can Cuomo explain away his contempt for millions of citizens of his state? How can Schumer excuse his call for a government agency to act outside the law? How can Obama convince the country, in light of his trail of abuses and rhetoric, that he's just one more president like any other?

The simple answer is, they can't. They have been too defiant, have acted with too much arrogance, have been too blatant, too ugly, and have revealed too much. Now the balance must be restored, one way or another, with or without the cooperation of the political classes of this county -- and perhaps of any classes at all.

It will not be by revolution, or uprising, or a walkout by Congress, or a blazing speech by an opponent. It will come by way of something minor -- a curse overheard on the golf course, an insult thrown at a helpless citizen, a sick child denied treatment under ObamaCare. Then the collapse will come, like a sudden clash of cymbals. The Furies will be unleashed. In the same way that an avalanche is unleashed by a mere footstep, events will spin out of control, impossible to stop or direct. The forces have been building up for years. Eventually, they will burst forth. When that happens, there will be nothing human that can stop them. Study the fate of the Romanovs, the Hapsburgs, the Hashemites, and Soviets, the Ceaucescus, Qaddafi, Mubharak... and for that matter, Achmad Sukarno himself. The pattern is clear... the only question is how much time remains.