Warning: mysqli_free_result() expects parameter 1 to be mysqli_result, bool given in /var/www/html/americanthinker/admin/common/functions/func.general.php on line 126
 Hypocrisy, thy name is John Kerry - American Thinker
|

Hypocrisy, thy name is John Kerry

However, by Kerry's reasoning, the ongoing slaughter in Syria is nothing compared to Kerry's own contribution to manmade climate change/worse than any weapon of mass destruction, blah, blah, blah. How so? John Kerry is not a flappy bird moving from place to place under his own power. So how does he get around? Why, by planes. Big ones. As Jim Geraghty of National Review Online helpfully pointed out, Kerry's whirlwind travels from continent to continent to continent plus intracontinental short hops accelerate the very climate change he decries.

In case you're wondering, flying first class from Washington to Seoul to Beijing to Jakarta to Abu Dhabi and then back to Washington runs up roughly 12.16 metric tons of carbon dioxide, according to CarbonFootprint.com, which uses data from the EPA and Department of Energy.

The average American generates about 19 tons of carbon dioxide in a year.

So in one week, just from flying from meeting to meeting, Kerry generated about two-thirds the carbon output of the average American in one year.

Clearly, he should cut down on the air travel and set an example for the rest of us. After all, we shouldn't "allow any room for those who think that the costs associated with doing the right thing outweigh the benefits."

In the interests of avoiding climate change and contributing to WMDs, not to mention doing something about that Democratic bugaboo of income and housing inequality, Kerry should convince his one per cent wife Theresa Heinz-Kerry to convert and sell her four carbon dioxide emitting mansions into public housing for minimum wage workers while he sells his Beacon Hill abode in Boston. They can then take up residence in a simple 2000 square foot apartment suitable for all the entertaining necessary for his job. 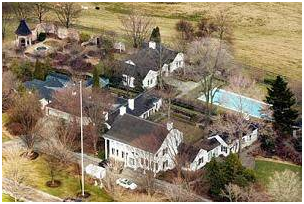 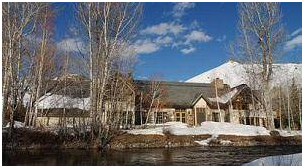 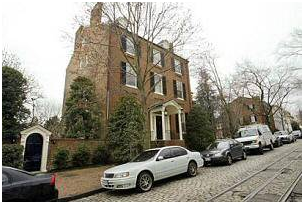 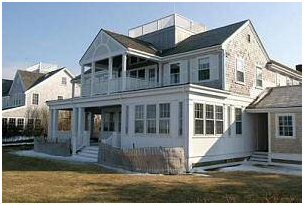 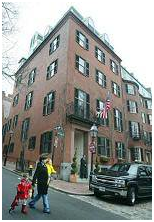 Or perhaps Kerry will be willing to sacrifice his $7,000,000 yacht -- which he docked in neighboring Rhode Island to avoid his home state's $500,000 luxury tax which he voted for before moving against it.

Yachts that size also generate weapons of mass destruction, ie, carbon dioxide, powerful enough to destroy Arctic ice by oh, 2020 or so, he predicted a few years ago. (Arctic ice is thriving, thank you very much.) 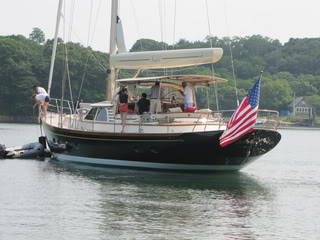 About 200 years ago another explosive volcanic eruption, also in Indonesia, resulted in a vast worldwide natural climate change.

The most destructive explosion on earth in the past 10,000 years was the eruption of an obscure volcano in Indonesia called Mount Tambora. More than 13,000 feet high, Tambora blew up in 1815 and blasted 12 cubic miles of gases, dust, and rock into the atmosphere and onto the island of Sumbawa and the surrounding area. Rivers of incandescent ash poured down the mountain's flanks and burned grasslands and forests. The ground shook, sending tsunamis racing across the Java Sea. An estimated 10,000 of the island's inhabitants died instantly.

It's the eruption's far-flung consequences, however, that have most intrigued scholars and scientists. They have studied how debris from the volcano shrouded and chilled parts of the planet for many months, contributing to crop failure and famine in North America and epidemics in Europe. Climate experts believe that Tambora was partly responsible for the unseasonable chill that afflicted much of the Northern Hemisphere in 1816, known as the "year without a summer." Tamboran gloom may have even played a part in the creation of one of the 19th century's most enduring fictional characters, Dr. Frankenstein's monster.

The eruption of Tambora was ten times more powerful than that of Krakatau, which is 900 miles away. But Krakatau is more widely known, partly because it erupted in 1883, after the invention of the telegraph, which spread the news quickly. Word of Tambora traveled no faster than a sailing ship, limiting its notoriety. In my 40 years of geological work I had never heard of Tambora until a couple of years ago when I started researching a book on enormous natural disasters.

Indonesia, Indonesia... Oh, that's where President Barack Hussein Obama (D) spent several of his formative years while his struggling single mother did her anthropological research financed with a U.S. government grant while married to an upper level Indonesian civil servant.

Hypocrisy and irony. John Kerry, go flap your wings and fly to your yacht.