When it comes to same sex nuptials, Abilene beats out Key West, P-town, and yes, even Niagara Falls as an inevitable honeymoon destination. Surprised?

Let me explain by first describing The Abilene Paradox, made famous by my Organizational Behavior Professor, Dr. Jerry B. Harvey (Emeritus, The George Washington University):

On a hot afternoon visiting in Coleman, Texas, the family is comfortably playing dominoes on a porch, until the father-in-law suggests that they take a trip to Abilene [53 miles north] for dinner. The wife says, "Sounds like a great idea." The husband, despite having reservations because the drive is long and hot, thinks that his preferences must be out-of-step with the group and says, "Sounds good to me. I just hope your mother wants to go." The mother-in-law then says, "Of course I want to go. I haven't been to Abilene in a long time."

The drive is hot, dusty, and long. When they arrive at the cafeteria, the food is as bad as the drive. They arrive back home four hours later, exhausted.

One of them dishonestly says, "It was a great trip, wasn't it?" The mother-in-law says that, actually, she would rather have stayed home, but went along since the other three were so enthusiastic. The husband says, "I wasn't delighted to be doing what we were doing. I only went to satisfy the rest of you." The wife says, "I just went along to keep you happy. I would have had to be crazy to want to go out in the heat like that." The father-in-law then says that he only suggested it because he thought the others might be bored.

The group sits back, perplexed that they together decided to take a trip which none of them wanted. They each would have preferred to sit comfortably, but did not admit to it when they still had time to enjoy the afternoon. 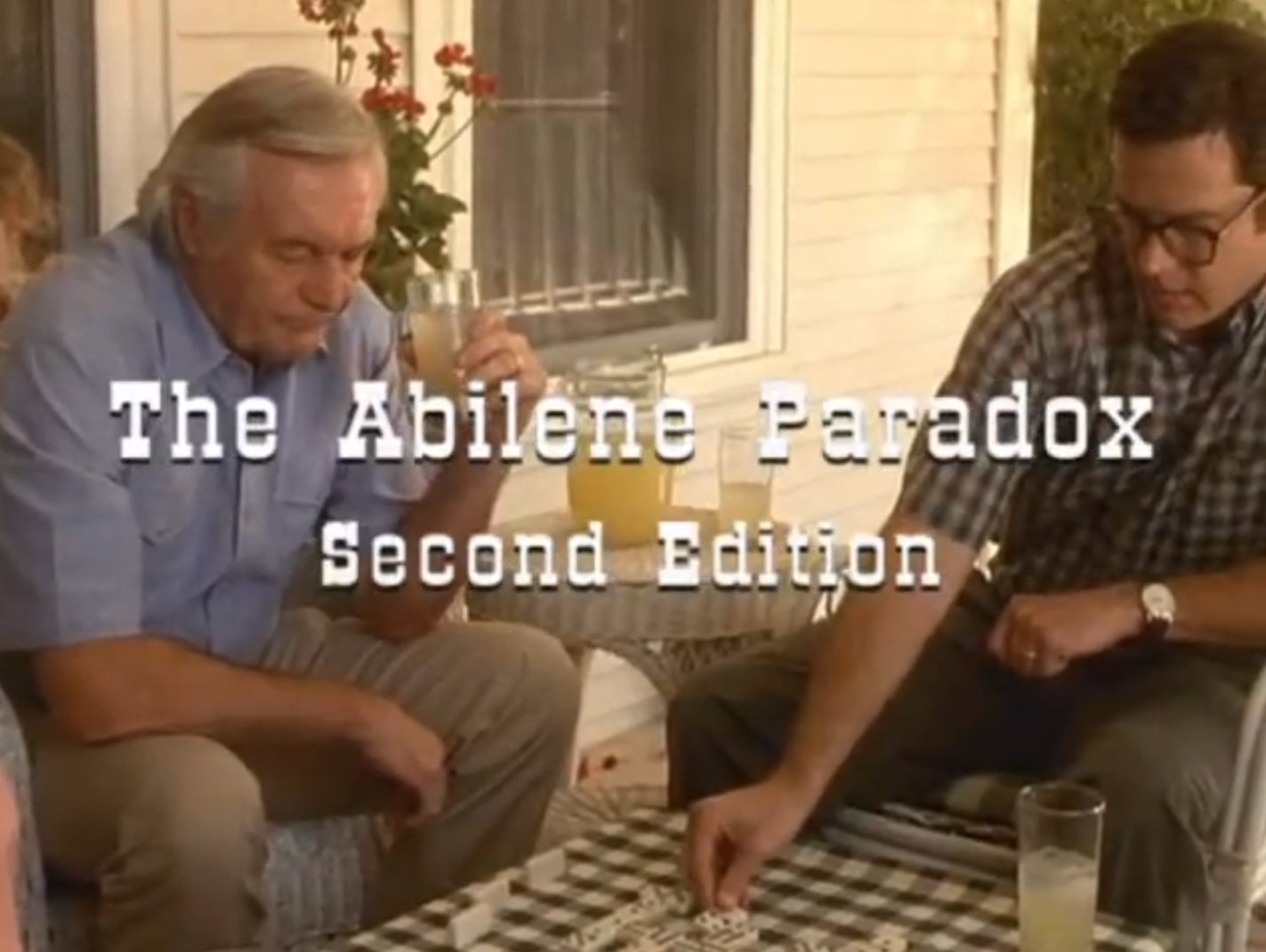 It turns out that despite the fact that not a single person wanted to go to Abilene, every member of the group agreed to go there.

This pretty much explains the trajectory on which we now find both the nation and much of the world when it comes to the implausible notion of same-sex marriage. While the arc of the moral universe is long and bends toward justice, sometimes that arc takes an unexpected detour to Abilene before getting back on track toward its ultimate goal.

The Abilene Paradox begs the question: What if our problems stem not from conflict at all, but from agreement?

You ask, "How can agreement be a problem?" Answer: When we don't communicate with each other. The Abilene Paradox exposes the often irrational fears we all have about voicing unpopular truths. In fact, the Abilene Paradox shows us how much worse are the dangers that await us if we don't speak up. 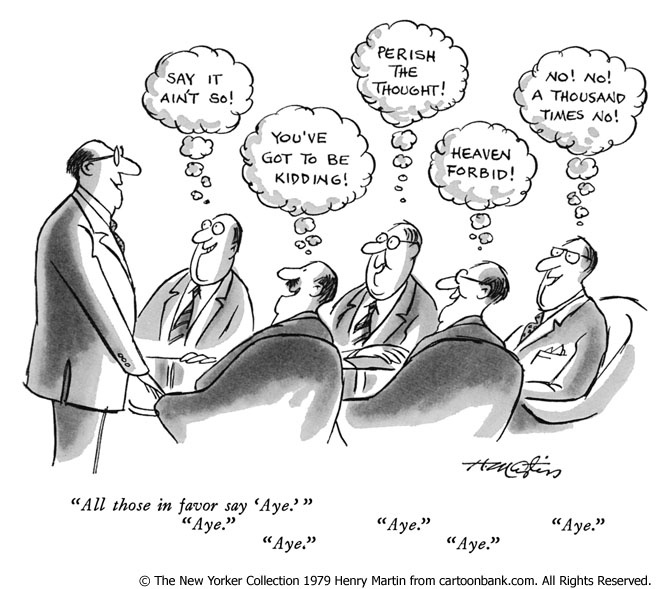 The Indianapolis to Abilene Express

I was in Indiana a couple weeks ago to testify before the Senate Rules Committee concerning their marriage amendment. In the end, despite a 37 to 13 Republican supermajority, the State Senate voted to postpone the inclusion of a marriage amendment on the ballot until 2016. 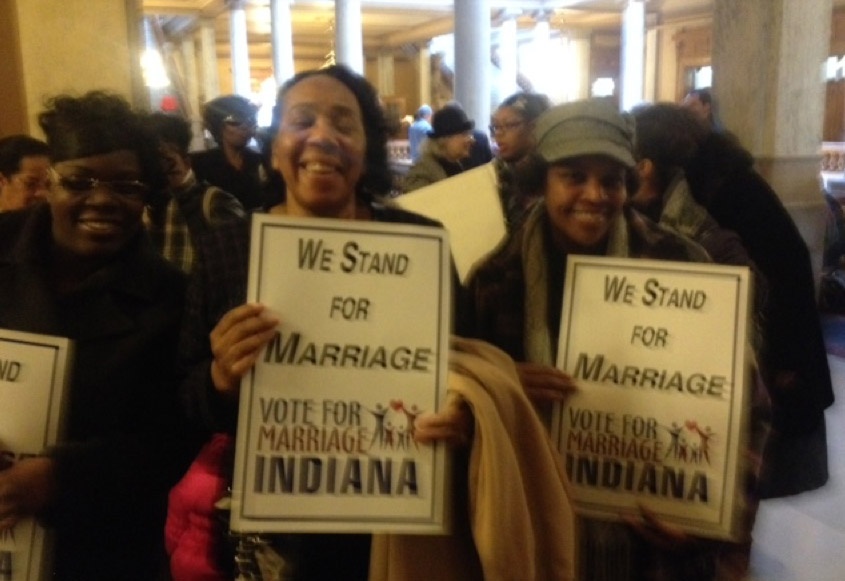 Why did fifty politicians who are dyed in the wool lovers of Indiana decide to ditch their beloved state and hit the road for Abilene?

Woven throughout their testimony and throughout most every subsequent one was the dire warning that if same-sex marriage is not embraced in the Hoosier State, Indiana would suffer a severe case of brain drain, leaving only knuckle draggers behind. It was a laughable straw man argument fabricated by the leftist coalition. But while Dorothy Gale, a famous Kansan, once made friends with a straw man and changed his life forever by helping him in his quest to find a brain, Republicans in Indiana cowered before their snarky straw man and rushed to purchase bus tickets to Abilene, bringing the entire state population -- all 6,537,334 -- with them. 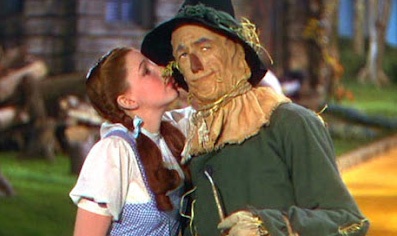 How did this happen? Most senators (along with their colleagues in the Indiana House), feared stating what media and activists had told them is an unpopular truth: That same sex marriage is implausible.

When they eventually get to Abilene, they won't be lonely.

And as it turns out, Libertarians already own a lot of property within Abilene's city limits.

Sen. Bob Portman (Ohio) bought his ticket on behalf of his son, following in the footsteps of former Vice President Dick Cheney who bought one on behalf of his daughter a while back. Many Fortune 500 companies, NFL members, and even Dirty Harry himself, Clint Eastwood, paid their fares.

Brace yourself: The strategy will grow more relentless in the near future. The proponents of same sex marriage hope to continue to create a cascade of public approval, where judges, legislators, and voters get caught up in what appears to be an overwhelming, rising tide of consent. The fear of being "out of step with friends and neighbors" ends up eclipsing one's normal, rational inclination to think and discuss. Political correctness overrides both intellectual inquiry and natural law. Debate is silenced as intellectual curiosity and honesty are deadened.

And what happens when debate is silenced? We all go to Abilene together, where the only thing that awaits us is disappointment and regret.

This is the paradox: We are all going to a place the vast majority of us don't want to go, but fewer and fewer are willing to say, "Hell no, I won't go!" Our biggest problem isn't that we disagree on same sex marriage; it's that we too easily agree because we're afraid to speak truthfully.

Only intellectually honest discussion -- and actual truth speaking -- will get each of us to where we want to go. But thanks to the suppression of intellectual honesty among high profile pundits, celebrities, legislators and judges, the diner in Abilene is bursting at the seams. 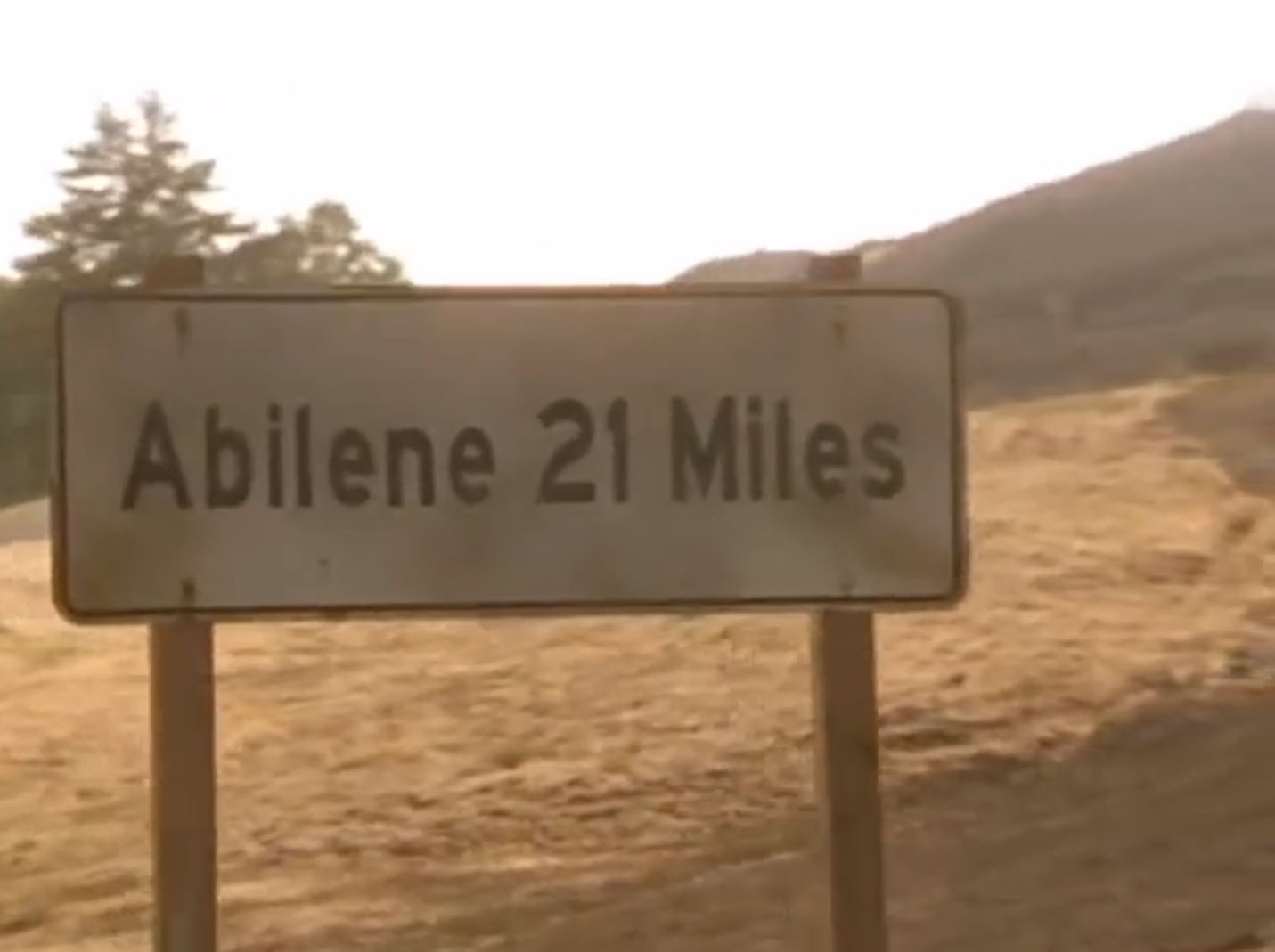 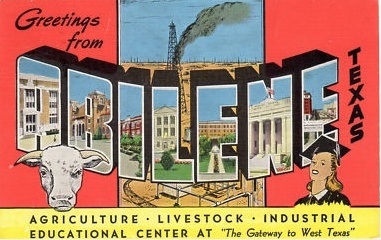