They broadcast what from Manhattan?

Nowadays on New Year's Eve I'm enveloped by two separate annual rituals.  First, there's a sense of dread I experience as to what bad-taste joke will be told by a network host before the ball drops.  Second, I take stock of what events will be celebrated in the upcoming year.  Mercifully this year I missed the first, but on the second the realization hit that this will be the 40th anniversary of the CBS Radio Mystery Theatrer (yes, that CBS), which, amazingly, handled topics as abortion, homosexuality, communism, (Islamic!) terrorism, witchcraft and Christianity with such wisdom that I still don't quite know how they did it without controversy. 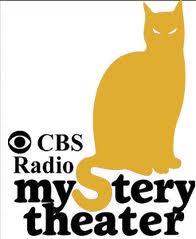 The CBS RMT (as its fans abbreviated it) began in 1974 as an attempt by radio veteran Himan Brown (who, among other things, was bullied as a child by a young neighborhood thug named Bugsy Siegel) to resurrect the "old-time" radio shows of the 1930s and 40s (with running narration at the beginning and end of each show segment by the late actor E.G. Marshall), but quickly grew to resemble an hour-long radio version of its older by a decade CBS television "sister", The Twilight Zone, itself an occasionally conservative vehicle.  Indeed, even though the production budgets for this show were obviously less lavish, the CBS RMT made extensive use of the same music beds coupled with radio's "Theater of the mind" to evoke memories of Rod Serling's mysterious and often supernatural fables.

Yet the Zone's "lil' sis'" seemed to break in some unusual ways from its television counterpart.  Whereas Serling's tales often tended to be often lofty and allegorical, Brown's CBS RMT seemed frequently to rely heavily on some basic yet normally-untouched-by-other-screenwriter plot devices.  And though intended to be as secular as Serling's, the CBS RMT almost never shied from mentioning God.  One particular episode quoted no less than four different Bible verses.  By comparison, a Twilight Zone memoir mentioned that the director of one of that show's episodes ("The Howling Man") was discouraged from using a cross in a scene because the producers feared it would be "too religious".  Weren't American media shows made in the 70s supposed to be more liberal than ones from the 1960s?

Don't get me wrong...I know the CBS Radio Mystery Theater's overall goal was to tell stories and make money through ad revenue, and that many of its stories just happened to be very socially conservative both for then and now.  (Although I don't think it a coincidence that the 1982 season of the show, when it began to ever-so-slightly veer leftward, was also the program's very last season.)  And there were many mundane or worse shows produced in this series.  But take a look (and even better, a listen) to the following eight episodes, coming amidst that 70s soup of Norman Lear sitcoms, Hustler magazine, "Looking for Mr. Goodbar" and "My Sharona", and figure out for yourself how the creators of this show pulled it off from New York City all the way across America.  Then ponder: "Could this ever be done again?"

(Better yet, take one hopeful note into 2014: Phil Lollar, a Focus on the family/Adventures in Odyssey actor/writer/producer, is currently developing a radio drama called "Iliad House" with the help of "Touched by an angel" actress Roma Downey.  Iliad House is aimed specifically toward American teenagers, with the intent to teach morality and Christian lessons (using, like the CBS RMT, the mysterious and supernatural) that today's mainstream media is fully lacking.  Mr. Lollar is on record as saying he was both an avid fan of and heavily influenced by the CBS Radio Mystery Theater.  Wish them well and say a prayer: our young people and our culture need media like this and the episodes below...desperately.)

1.     Black Widow - An honest shop steward announces his intentions to run against his crooked union bosses, and shortly thereafter is killed in a car-pedestrian accident.  Convinced that the top two leaders of the local were the murderers of her husband, his grieving wife visits a tarot card reader and asks for special help in the form of a potion.  Afterward, the union managers start having encounters with a large and menacing spider.

(I'm tempted to say "Gee, I though the only bad thing about a labor union is when an evil corporation attempts to bust it up".  Yet, this episode is also a cautionary tale about vengeance and vigilante justice.)

2.     The Breaking Point - A Stanford University professor is convinced he's got the solution to bring about world peace, and in his mind the idea's a doozy.  All he has to do make brain-to-brain contact with anyone who is threatening violence and war, and simply mentally command them to stop: problem solved, globally!  He's in the latter stages of his research which involves (follow me here) telepathically leading his beautiful and significantly younger wife to locate a hidden loaded pistol and point it at his chest, with him halting her via a thought command immediately before the trigger is pulled.  A dashing neurosurgeon friend and his adopted-from-the-laboratory capuchin monkey "Chi Chi" (very playful and normal in every respect save for the clear plastic cap implanted where most of his skull used to be) are unwitting co-researchers in this thesis of tragedy.

(This show doesn't end well for any character, even little "Chi Chi".  And intentional or not, it's the CBS RMT's ode to hideous social engineering ideas foisted on our society straight from the Ph.D. faculty lounge.)

3.     Carmilla - Most American young people today have been exposed to the beautiful, bloodsucking and simply misunderstood (kind of like the "emo" at your nearest high school) "vampires" via the likes of "Twilight" and "Vampire Academy", all inspired by Bram Stoker's original "Dracula" tale.  Yet most don't know that Stoker himself was directly influenced by Joseph Sheridan LeFanu, an Irish/French writer who researched European vampire legends of his day to write "Carmilla" (which is an alias, as criminals are wont to use).  As such, they're likely unaware that the Carmilla could best be described as a shape-shifting, blood-drenched, pedophilic lesbian creature who would molest lonely, isolated girls starting when they were around age 7, with the intent not only to abuse but also murder them by their teenage years.

(This one's almost a "two-fer".  The CBS RMT had many episodes on elements of the macabre such as witchcraft and vampires, and unless they were played (occasionally) for comic relief the implicit, unending message was: "These things are not only evil but DEADLY.  Stay away from them".  Also, the almost-certain lesbian relationship between the main characters never seemed to cause a threat of cancellation for the CBS RMT.  The show brought up the subject of homosexuality more than once, treating it with a modicum of respect.  (In one episode, a young writer "came out" to his straight yet neurotic mentor as gay in perhaps one of the earliest such scenes in American media.)  Yet GLBT people in this show weren't "Modern family", either.  They were shown with virtue alongside fault, and sexual sin was also called out for the multifaceted problem that it is.  Sadly, the audio quality of this episode is low.)

4.     No Way Out - The number "2172" starts appearing seemingly everywhere in an elderly man's life, and he becomes convinced that it's part of a pattern to rule his life.  The problem is, no one seems to believe him, including his nephew who has dabbled in numerology.

(Nowadays, it's not fashionable to "bash" (read: critically examine) any religion, except Christianity.  Even though this is far from one of the best CBS RMT episodes, it contains a fascinating parallel discussion of the religion of numerology, and its founder Pythagoras (he of the theorem) by host E.G. Marshall.  By show's end, he's skewering them).

5.     The Phantom Lullaby - A father, mother and daughter living in a New York City penthouse (rumored to be haunted) are burdened with a secret.  The daughter, impregnated by an older man who jilted her, opted to abort her baby rather than bring it to term.  They're also living with a mystery...their daughter stays behind her locked door, speaking only fluent French, asking her parents to leave her alone to care for her little boy while the sound of a baby crying can be heard.  The Dad and Mom note that their little girl has never learned that language.

(Given the subject, the title of this episode alone is haunting.)

6.     The Sealed Room Murder - An unrepentant liquor bootlegger, married to a "bride" he procured as a child in Mexico, retires from an even more unsavory past to live in what's now rural West Virginia. One day, the local sheriff and judge are called in to investigate after the man is thought to have been killed by a gun shot in his bedroom.  Strangely, the room is found to have been totally locked and sealed from the inside where no murderer could have escaped leaving everything else intact.  After a questioning a series of potential suspects, the sheriff proclaims: "I intend to prove this wasn't a murder, but an execution."  The full weaponry?  A powder-fired musket hanging on a wall, bottles of the reprobate's homemade peach brandy, and the sun, with a bit of accompanying warning from the Gospel of Matthew.

(This is an adaptation of Melville Davidson Post's "The Doomdorf Mystery", published in 1914, and is a CBS RMT show in which God plays the key (though unspoken save for scripture quotes) role.  The wonderful, enduring pastor and evangelist Dr. Charles Swindoll has said of God that, even with His mercy and grace, "You cannot have true love without justice." This episode deals directly with the latter, even as our world doesn't want to think of contemplating it.)

7.     The Teddy Bear - In a story whose beginning bears unsettling parallels to the space shuttle Columbia explosion of 2003, a Washington D.C, reporter becomes intrigued to learn the truth of how an American space ship, shortly after linking up with a Soviet counterpart, completely burned up on re-entry with the only piece of debris found being a teddy bear floating on the ocean.  He also becomes convinced that there is a link between this disaster and an article he sees about U.S.S.R. based experiments of mind control.

(What do you get when an entity who desires the ability to read and control thoughts isn't a morally-challenged Stanford prof, but is instead the communist leadership of the Soviet Union, circa 1978?  How about the desire to literally control the thoughts of the masses, or remotely induce heart attacks and brain hemorrhages within those whom you want to "dispatch", or to make other individuals suddenly become mass shooters and murderers...stuff like that.  This episode (like "Carmilla", not of the highest audio quality) was particularly frightening because the listener was reminded by narrator E.G. Marshall throughout the program that the Soviets were actually working on this (excrement).  And are there any other regimes now that we know of who might dearly desire the same?)

8.     The Terrorist - An American writer hopes to have some quality vacation time with her niece at a Turkish seaside cottage the writer owns.  Unfortunately, a terrorist named "Saladin the butcher" is on the lam along with his brother, and is looking for a place to go underground until the coast is literally clear.  Guess where he hears would be a good hideout?  Hint: he tells his brother: "Let us go see the woman whom Allah has provided to give us shelter."

(In this show, narrator Marshall defines a terrorist as "a man whose only moral authority is the barrel of a gun."  Quick, name how many American shows, radio or television, were talking about this subject in the 70s, 80s and 90s.  Heck, how about now?)

Kurt Wayne lives in Bella Vista, AR, and is a web developer and small business owner.