The Making of a Black Conservative

It was the mid-1950s.  Around nine years old and the eldest of five, I, along with my parents, was extremely excited as we oohed and ahed over our new home -- new appliances and everything.  Our family moved from a leaky-roof, pot-belly-wood-stove row house in the ghetto of east Baltimore to a brand new government high-rise.  Apartment 6B was our new home in the 11-story building of all black residents.

Little did I realize that living in the projects and other life experiences would lead to my becoming a black conservative, a Christian, and a Tea Party activist.

In a short time, I witnessed the building becoming an 11-story dangerous, violent ghetto.  Without the pride of ownership or earning their way, only a handful of residents kept their apartments nice.  We kids learned to play handball in the square on our floor because Mom thought the playground was too risky.  Stairwells became dark bathrooms and dens of iniquity; elevators were broken due to vandalism.

And yet, I constantly heard that everything was the white man's fault.  At nine, I sarcastically said, "How can we stop mean white people from sneaking in here at night, urinating in the stairwells and breaking wine bottles?"

Dad was among a few blacks who broke the color barrier into the Baltimore Fire Department.  I vividly remember Dad's outrage about our rent being raised: "Seventy-two dollars a month.  They're crazy.  We're movin'!"

Sadly, my cousins on my mom's side, who lived in single-mom households, remained on welfare.  With the exception of one who worked his way through college, my cousins lived wasted lives -- serial out-of-wedlock births, substance abuse, AIDS, jail, and entitlement mindsets.  Several died young.  Thus the bad taste in my mouth for cradle-to-grave welfare and absentee fathers. 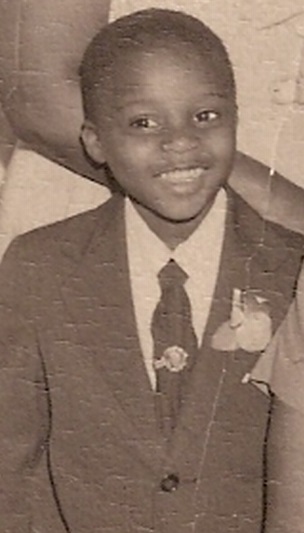 Dad winning Firefighter of the Year two times, despite working under unfair and humiliating circumstances, taught me about trusting and trying to do things God's way -- taught me about character, hard work, not whining, and the greatness of America.  Dad progressed from laborer to doctor of theology.  He eventually won the respect of the white racist firefighters who hated him when he first arrived at Engine 6.

Our family's move out of Baltimore City to a black suburban community meant I would be bused to newly integrated Brooklyn Park Jr,-Sr. High School in Linthicum, Maryland.  I still remember that first day, when our two school buses with black students from neighboring Pumphery arrived.  With the fear of the seventh grade, an inherited stutter, and the sea of 1,400 white faces, I was terrified.

My white art teacher, Mr. Gomer, recognized my art talents, which ultimately led to scholarships from several white politicians, opportunities from white businessmen, and a successful career as a graphic designer, which got me into advertising agencies and a major-market TV station.

Drafted in the U.S. Army for two years, I learned that good and bad people come in all colors.  Sharing the same skin color does not make someone your friend or a brother.

My gift of seeing beyond an invisible wall of race to view people as individuals rather than monolithic members of some group has been a source of great criticism all of my life.

Thus, when Obama came out as a presidential candidate, I logically listened to his vision for our great nation.  When Obama told Joe the Plumber that he wanted to spread the wealth around, I knew that his vision was wrong for my country.  I passionately campaigned against him. 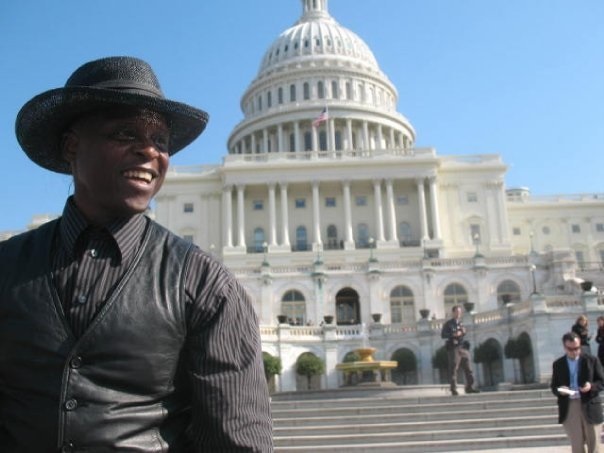 Apparently, I missed the point -- at least as far as too many among 96% of black voters were concerned.  Obama should have my support because we are both black.  His agenda is irrelevant.

Obama is simply another Democrat pushing the same insulting bigotry of lowered expectations, class envy, and cradle-to-grave government entitlements -- all of which has devastated the black community for decades.  I joined the Tea Party because Obama's implementation of his extreme liberal socialist/progressive agenda -- his vowed fundamental transformation of America -- must be stopped.

I have traveled on 12 national bus tours, participating in over 400 Tea Party rallies.  The extraordinary people I have met are the salt of the earth.  A white Texas couple proudly introduced me to two black babies they adopted from Africa.  A terminally ill white fan in Michigan wanted to meet me before she died.

Democrats and mainstream media branding the Tea Party racist is the height of racism, irresponsibility, and evil.  These patriotic Americans are simply saying no to the left's hostile takeover of their country.

I became a born-gain Christian in my twenties.  I grew weary of my meaningless life of drugs, sex, and partying.  I asked God to help, and He did.  My faith keeps me strong, confident, and focused in my quest to restore my beloved America to its former exceptional glory.

But the seeds were always there.  They were planted in Apartment 6B, and they've grown into towering pillars of conservative good sense since then.