Who woulda thunk? Only on the rare blue moon do blue Democrats exhibit the same political imbecility that chronically bedevils Republicans. But the Democrats' stupidity in a recent instance may unintentionally serve conservatives quite well, thanks.

Case in point, as the late Rod Serling might have declared, Chris Christie, now governor of the Garden State and bruited about as presidential timber come the 2016 presidential trials. But Christie has now entered a political Twilight Zone.

Bruited about until recently, that is, by establishment Republicans and petting zoo GOP-leaning opinion-shapers, as well as by the impartial MSM. But as Christie is bitterly learning, the smart-set can make you as easily break you, especially when the smarties start believing their own prognostications.

Christie's Bridge to Ruin leads from Fort Lee, New Jersey, to Manhattan, the very caldron of fashionable, if flaky, left-wingism. In that epicenter of lefty revanchism, Christie's girthy self is being hoisted on a sturdy petard at MSNBC and The New York Times, among other notable media outlets. Christie's hoisting is, in no small part, his own doing.

The ferocity of the attacks against Christie -- in Jersey and out -- by, mostly, Democrats and their MSM water-carriers, is because they've persuaded themselves -- not us -- that Christie is the greatest threat to Hillary or whoever they nominate in 2016. Conservatives know that Christie is a Jersey windbag, bully, principle-trimmer, and "About Me" 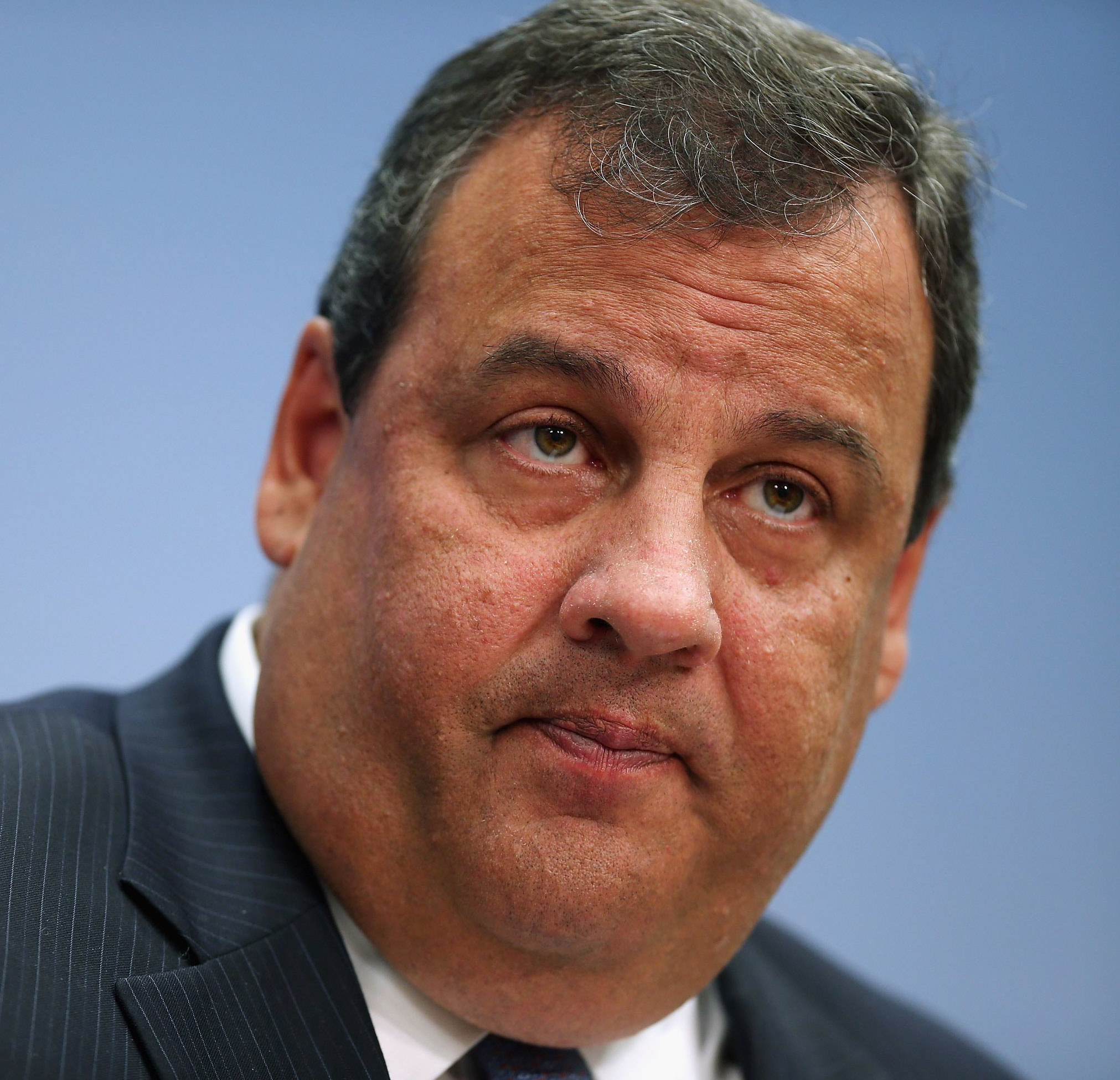 That His Heftiness has run Jersey better than a D doesn't say much. Any squish Republican could run a state or the federal leviathan better than any lefty Democrat. That's management, not leadership. RINOs, primarily, are welfare-state managers.

The Democrats should really fear the Republicans nominating a rock-solid conservative in 2016. If the Ds did, they'd have kept gloves off the Bayonne Bleeder. Dating back to 1992, the Democrats' track record whipping wobbly and Me-too Republican presidential nominees is downright impressive (W is the exception, but only barely).

Christie, despite the publicity-catching persona and bravado, has a lot of wobble in his gait. He's imminently beatable by Democrats in 2016. Why? Because voters tend not to elect counterfeits -- and RINOs are as counterfeit as they come. (Sure, with the Obama meltdown in full swing, disgusted voters could opt for anyone but a Democrat. But that's not a given, not by a far stretch).

The shrewd play by Democrats would have been to give Christie running room into the 2016 GOP nominating process. Divide and conquer the GOP by pitting the RINOs' man, Christie, against what could be another congested conservative field. With Christie in the mix, 2016 could have been a knockdown, drag-out fight between the RINOs and real-deal conservatives. It might not quite play out that way now.

Mitt Romney fought for the 2012 nomination shrewdly -- not the general, mind you, when he went soft in the legs. Romney and his consigliari rightly figured that a crowded field of conservative aspirants would fracture the right's base vote. That happened. It was a matter then of Romney keeping the RINO faction together. He did, leading to plurality victories in critical early caucuses and primaries.

After tough early fights, Romney generated momentum for himself, collapsing the conservative vote, and winning the nomination. The rest is dreary history -- or not, given that the prez's second-term debacle might be the fruit of the Mysterious Ways of the Lord, to borrow from Old Abe (let's confidently assume that the Lord is on the side of liberty).

Conservatives are loaded for bear come 2016 -- or more like RINO. From Bush the Elder through Mitt the Wet, conservatives have ceded more than their share of presidential nominations to DC insiders and patricians. With all due respect to 2012's conservative dwarves, the caliber of 2016 prospective conservative candidates (and libertarian-leaner, Rand Paul) means conservatives have comparative giants to choose among.

Conservatives -- Tea Party patriots and libertarians included -- will have extraordinary motivation to end the RINO run in 2016. The stakes are enormous for the nation... for freedom's prospects. Conservatives get this in ways RINOs don't even dimly comprehend.

The RINOs control about a third of the GOP's base vote. Christie might have revved up the squish vote -- and attracted some independents to the nomination fight. No other RINO in view has the pulling power Christie could have created in 2016.

Paul Ryan? The wonkish congressman from Wisconsin is an insider's insider who could raise the moola (any RINO can count on fundraising), but his insipid persona (how about Toby Maguire as his stand-in?) ain't going to attract, much less drive, voters into caucuses or polling places. Besides, Ryan is no match for fellow cheesehead, Scott Walker. Ryan would surely stand down if Walker runs for prez.

Jeb Bush? Karl Rove and RINOs would line up behind another Bush for prez. Jeb's "grown" over the years (meaning he's gone soft). He's got profile and a résumé as Florida guv. But Jeb's become another suit. Stacked against the passion and the wolf-hungriness of prospective conservatives, Jeb comes across as a lamb. 2016 won't be a year for lambs.

The danger -- highlighted and underscored -- for the right is failure to consolidate support behind a candidate early enough. If Cruz, Walker, Paul, et al, are at each others' throats much into the 2016 caucus and primary season, then even quivering bowls of tapioca like Ryan and Jeb may hold the RINO third together, a la Romney.

Of course, the conceited left thinks that the GOP nominating a real conservative (Paul included) for president works handsomely for them. The left believes that demographic and generational shifts make statism inevitable. But an older generation of liberals thought Reagan was a guaranteed loser. Liberalism was regnant, if shaky, then. Funny how 1980 turned out, and how Mr. Reagan's election ushered in an era of American renewal and prosperity, neither of which served Democrats' gloomy interests. So Democrats underestimate a conservative GOP nominee at their peril. That's a magnificent thing, if it holds.

By 2016, the betting is that voters will be ready to make an historic choice: tyranny or liberty; the freedom road or the serf's. Voters will be not just attentive, but riveted. In that coming election year, conservatives will have their best chance since Reagan to run a ticket that makes no excuses about its vision for America and offers bold solutions and landmark reforms that could change the nation's course dramatically, in favor of liberty.

2016 is far, far too critical a presidential election for egos and résumés to get in the way of consolidating the right behind a candidate in the early going. RINOs are counting on fragmentation among the right to slide another puke-Republican into the presidential nomination.

Among conservatives, Tea Party patriots, and libertarians, an entente cordiale is required. No protracted fights on the right for the GOP presidential nomination. The goals for 2016 are to subordinate the RINOs and vanquish Democrats. The right's candidates have to be a party to any entente.

But gifts are gifts. The left has done the right a favor by exploding the Christie blimp while moored at Trenton. They've dealt a setback to RINOs as they were preparing to get the majestic "Bayonne Bleeder" into the air and chugging through Iowa, New Hampshire, and other critical early states.

Will conservatives capitalize on the left's miscalculation?