Warning: mysqli_free_result() expects parameter 1 to be mysqli_result, bool given in /var/www/html/americanthinker/admin/common/functions/func.general.php on line 126
 Spot the Black Dummies - American Thinker
|

Last week one of the U.S. Senate's two black members*, Senator Tim Scott of South Carolina, was the object of yet another viscous attack centering on his skin color and political ideology.  In a day and age where we see black Americans flourishing in all walks of life from the classroom to the board room, who or what could be the source of such consistent, vile, racially denigrating rhetoric? The Klu Klux Klan, Aryan Nation or some other white supremacy group?

No.  None of these.  Rather, it was an organization which has as its mission statement, "to ensure the political, educational, social, and economic equality of rights of all persons and to eliminate raced-based discrimination."  This is the long-ago-abandoned mission of the National Association for the Advancement of Colored People. 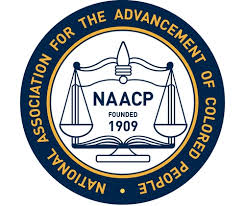 With a mission statement so grandiose, one would think that persons of color who've advanced to the loftiest of public offices -- such as United States Senator, Supreme Court Justice, or Secretary of State -- would hold special favored status with the NAACP; that such individuals would be frequent guests of honor and keynote speakers at conventions or other events where their achievements could be spot-lighted as evidence of what an individual can accomplish in this great land, regardless of skin color.  You'd think the NAACP would go out of its way to hold these people up as shining examples to younger generations of blacks of what hard work, a quality education and sound family support structure can produce in our lives.

Such is not the case.  On January 19, 2014, the president of the North Carolina chapter of the NAACP, William Barber, had this to say about Senator Scott, "A ventriloquist can always find a good dummy.   The extreme right wing down here finds a black guy to be senator and claims he's the first black senator since reconstruction and then he goes to Washington D.C., and articulates the agenda of the Tea Party."

This incredibly ignorant statement gives rise to multiple points for discussion, the first one being; what is "the agenda of the Tea Party" and why is it such a bad thing for a black guy to articulate?  As opposed to the RNC and DNC, there is no formal "Tea Party" -- it's made up of grassroots groups across the nation.  Tea Party.net is one of the larger Tea Party organizers in the nation.  Its website states the following as its mission,

"...supporting the United States Constitution as the Founders intended, such as:
Limited federal government
Individual freedoms
Personal responsibility
Free markets
Returning political power to the states and the people"

Which specific components of that statement are inappropriate for a United States Senator to articulate, Mr.  Barber?

This theme of "conservative blacks are just doing the bidding of their Republican masters" is a common one we black conservatives hear.  It's one of the biggest double standards at work in politics today.  It's clearly what Mr.  Barber is saying with his "ventriloquist's dummy" jab.  A ventriloquist's dummy sits on the ventriloquist's knee and has his words spoken for him while his lips move.  Liberals and the NAACP have no problem pointing that finger at the Tim Scotts, Allen Wests and Condoleeza Rices of the world but as usual, hold black liberals above any and all level of accusation on the same charges.  But as usual, facts are stubborn things.

If a congressional representative toeing the party line can be interpreted as making such legislators "ventriloquist's dummies", then black Democrat congressional reps could stage their own Vegas act, for all do virtually nothing but vote the way their ventriloquists, the Democrat hierarchy and the DNC, dictate.

The Congressional Black Caucus currently has forty-one representatives who are voting members of the U.S.  House.  All are Democrats.  Using the nonprofit, nonpartisan collaborative data compiling site, Ballotpedia, here's a look at the voting histories of some of the forty-one CBC members.  This is a sample of voting records of CBC members from multiple states in various parts of the country and with tenures varying from the newly-elected to the most senior member of Congress today, Representative John Conyers, who has

been serving in Congress since 1965.

Yet no one from the NCAAP or other far-left organizations ever raises the notion that these individuals are just dummies doing the work of their masters, even though the data would certainly point toward that conclusion.  If you're black and conservative, you're just parroting what the Republicans tell you to say.  But if you're black, liberal and toe the Democratic Party line 98% of the time (Frederica Wilson) you are somehow immune from that accusation.

And the double standard extends beyond just elected officials.  An argument can certainly be made that over the past four decades no one has delivered more votes to the Democratic Party than Al Sharpton and Jesse Jackson.  Yet in their attempts to earn their party's nomination for U.S. president neither has ever received an appreciable percent of Democrat primary votes.  Likewise, though faithfully carrying the party water for decades, neither has ever been offered the Vice Presidential slot on a Democrat ticket.  Neither has ever been offered a cabinet seat by a sitting Democrat in the White House.  Neither has ever been offered so much as an Ambassadorship by a sitting Democrat president.  Yet these two solider on.  Supporting, spouting and relentlessly selling all the Democratic Party is peddling.  Doing their expected duty for their Democrat masters.  Just don't call it that, because when said of conservative Republicans its apparently harsh truth, but when said of liberal Democrats, its utter racism.

*corrected earlier version. Since the election of Sen. Cory Booker, Sen. Scott is no longer the sole black US Senator