Warning: mysqli_free_result() expects parameter 1 to be mysqli_result, bool given in /var/www/html/americanthinker/admin/common/functions/func.general.php on line 126
 On Running from Reality - American Thinker
|

On Running from Reality

It seems to be almost universally true that people who cannot comfortably deal with reality run from it, and often at a gallop. This is nothing new; mankind has been doing so likely since the beginning of time. And the methods used to do so now are really nothing new either. ...at least not if we look below the surface.

Young children often have an aversion to reality. Their ways of running from it are often amusing: the pretend friend, the one that takes their side when things are difficult, and the pretend enemy, the one who takes the blame for their errors and misdeeds.

Parents traditionally have strived to help their children cope with reality through instruction, emotional support, and abundant love. But today it is increasingly common for parents instead to protect their children from reality as to teach them to effectively deal with it. And such parents typically have come to expect, and receive, support in these efforts from society's institutions -- especially the public schools.

Adult's methods of running from reality are less pretty, and less amusing, then those used by children. Some, indeed, are terribly self-destructive.

What is commonly today called "chemical dependency" is one such method. This is nothing new -- entire societies have been built around the bottle. Pubs and taverns have long been the places where working-class men, especially, have fled to avoid the realities of their lives. The so-called "upper classes,' while looking down on such common places, have done likewise -- just with finer sounding names, be they the "five-martini lunch," the after-office "happy hour" or evenings spend in finery at a "nightclub."

Today chemicals other than alcohol are often used to aid in the run from reality, be they the prescribed "mother's little helper" made famous in a sixties-era Rolling Stones song, or non-prescribed drugs such as cannabis and cocaine. What is new is Western society's coming to see this as "normal" and acceptable adult behavior.

There are other means of running from reality that can be equally destructive -- to the individual and society as a whole. One of these is the misuse of what should be a positive aid in dealing with reality -- religion. To look to God for support in facing up to and dealing with life's challenges lies at the heart of Christian and Jewish religious belief. But even those faiths, today, have, in the eyes of some believers, become mere excuses for not facing unpleasant realities. And other religions, by encouraging total acceptance and acquiescence to whatever is perceived as "God's will" ("Insha'Allah"), have kept entire peoples from finding productive ways of improving their situation in life.

Today's Western societies are increasingly secular. That may prevent them from looking to God for the strength they need to face realities -- be they personal or societal. But it does not, and has not, prevented them from falling into the "Insha'Allah" trap of total acceptance to the equivalent of "God's will" -- of complete acquiescence and abdication of personal responsibility when facing the realities of life. Their need to "run" has simply forced them to find new gods for themselves. These are often in found in the form of political leaders, celebrities, and the "I'm alright, you're alright" school of self-help teachers and writers.

Does any of this matter? Yes, a great deal. Said Patrick Henry "No free government, or the blessings of liberty, can be preserved to any people but by a firm adherence to justice, moderation, temperance, frugality, and virtue; and by a frequent recurrence to fundamental principles." All of these things -- adherence to justice, moderation, temperance, frugality, and virtue -- require men and women -- an entire citizenry -- who are willing to face reality, to wrestle with it, to deal with it. Men and women who are willing and able to take responsibility for their own lives.

Progressivism encourages the very opposite of this. It makes -- indeed requires -- adults to remain or again become dependent children. To look to the State for even their most basic needs. To that end it invents for them imaginary friends -- political leaders who supposedly have their interests at heart. And even more so to invent for them imaginary enemies -- basically anyone who encourages personal responsibility -- be it on a personal level (such as parents who wish to teach their children at home), on a local community level (such as church groups that do not share and support any and all of the popularly accepted values, prejudices, and irresponsibilities) and especially on the State and Federal level (such as the accursed "Tea Party").

It is so-called "Progressives" who encourage us to distrust our own values and experiences -- especially those passed down to us by American and Judeo-Christian traditions. Instead they encourage us to look to "experts" to tell us how to act, how to think, and yes, even how to feel.

The many ways that this is threatening American society -- indeed the nation itself -- are almost uncountable. And the momentum towards such destruction is, if anything, increasing.

As personal responsibility fades more and more people start to look to the state instead of themselves for even their most basic needs. Thus anything that diminishes people's ability to face and effectively deal with realities on their own is being encouraged. And thus the push for the legalization of such things as pot -- for few things are as effective at making a person ineffective, irresponsible, and childish as regular cannabis use.

Too, we see the family structure -- once the great bulwark of protection for society's traditions, and the place where children were taught to face reality as free, independent, adults -- under attack. To support "marriage" as it has been customarily understood for all the Christian era is to be a "hater." For a boy to see himself as just that -- a boy -- and likewise for a girl -- even this is seen as a threat to those with a Progressive vision and agenda. Thus the emphasis on the so-called "transgendered." Thus the elimination of even Boys rooms just for boys and Girls rooms just for girls even on the grade school level. People who know and acknowledge who and what they are, are people who can face reality. They are thus seen as a threat to the Progressive vision -- to state dependency.

And thus not only the breakdown of traditional societal values, but the elevation of what was once called base, criminal, and sinful is seen as the new "good."

In Frank Capra's beloved 1946 film It's a Wonderful Life the central character, George Bailey, comes to see himself as someone crushed by reality. All through his life he has faced issues outside his control with strength and unselfish devotion to others. He finds himself -- as most every human will at one time or another -- discouraged and without the confidence to go on. If there was a devil in this film it would have been he who encouraged George Bailey to give up -- to throw himself into the river in despair. But instead an angel comes to his aid and reminds him how his willingness to face sometimes unpleasant realities, and to strive with all his great heart to overcome them for the sake of others, has given him a life of until then unappreciated goodness.

It tells us how much our nation has already been corrupted by the agenda of the Progressives when we look at the world George Bailey sees in the movie, first with, and then without, his existence. With it, by means of his personal efforts, responsibility, and sacrifice, there is a world of goodness and heart. Without those sacrifices -- a world without the George Bailey the town of Bedford Falls has come to know and love -- there is instead a "Pottersville." A town filled with hatefulness, selfishness, hopelessness, and vice. 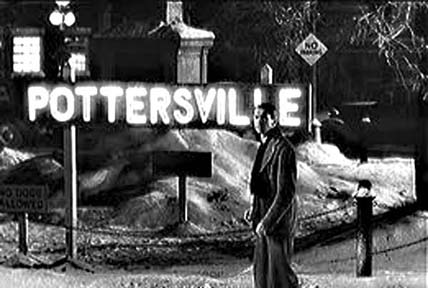 Back in the 1940s America understood which the better vision for a town was, and what it took to create such a place: people willing to face difficult realities. People willing to and able to demonstrate personal responsibility. People willing to make sacrifices based on the Judeo-Christian value of unselfish love.

Yes, the tendency to run from reality is real. The temptations to do so can be found everywhere. Entire societies have been built on the premise that escapes into the equivalent of youthful fantasies is better than the taking on of adult responsibility. But such is not what built America. And such childishness will not preserve what traditional Americans have come to value.

Only strength -- full adulthood -- will. It is for that we must strive.

Don Sucher has enjoyed a long career as an imager and writer for a wide range of web and print publications. His personal blog can be found at http://donstnt.blogspot.com/ 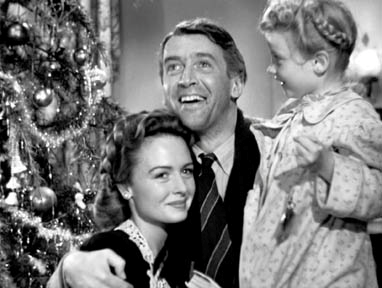