The case of Jahi McMath brings up numerous critical bioethical issues, especially as we are going into period of health care rationing and fewer choices in our medical care.

On December 9, 2013, Jahi had life threatening bleeding after a tonsillectomy for sleep apnea at Children's Hospital Medical Center (CHMC) in Oakland, California.  She experienced a cardiac arrest, and from this event had severe brain damage.  Shortly thereafter, on December 11, an exam by neurologists was consistent with "brain 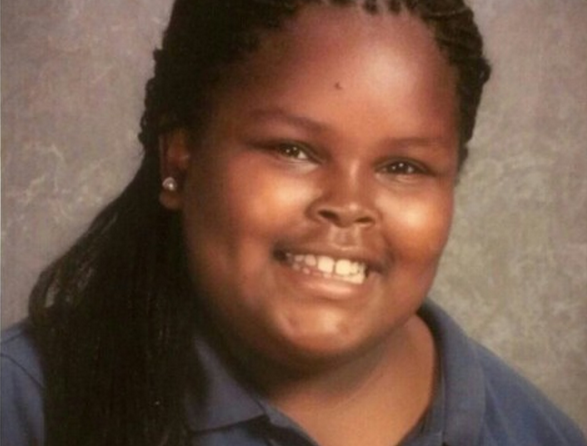 death."  Jahi was put on a ventilator and CHMC sought to discontinue life support.  With "brain death" the patient does not have spontaneous respiration and requires a ventilator to stay alive.

Normal procedure in many Intensive Care Units (ICUs) at this time is to obtain permission from the family to disconnect the ventilator if the patient is not going to be an organ donor.  The family is "gathered," the ventilator is disconnected, and death is "pronounced," often in the presence of clergy, at the time of cessation of cardiac activity.  In cases where the patient or the patient's family has agreed to organ donation, the time of the neurological exam is declared to be the time of death.  However, even though Jahi was not an organ donor, the official time of death was declared to be December 12, even though she was receiving life support.

But Jahi's mother did not believe her daughter was truly dead, and fought to have life support continued.  With the help of attorney Chris Dolan a court injunction was obtained to continue life support, and 25 days later Jahi was transferred by critical care ambulance, still on a ventilator, to another medical facility.

There are thirty different criteria for "brain death," which differ from state to state and institution to institution.  In the wake of early enthusiasm for heart transplantation,  "brain death" legislation was passed in the 1970's in all fifty states in the USA, to allow for death to be declared by neurological criteria, rather than the cessation of cardiac activity.  This permits surgeons to remove hearts from "brain dead" donors and not be charged with homicide.  Despite claims that there has never been a case of a person diagnosed with "brain death" having a partial or full recovery, this is not true.  There are in fact examples of this type.  "Brain dead" patients heal wounds, make urine, bleed when cut; none of these things occur after cardiac death. No pathologist will perform an autopsy and no funeral director will embalm a "brain dead" person.

Some states allow a "conscience" exception to a "brain death" pronouncement of death, if the patient is of religions such as Orthodox Judaism, Eastern Orthodox Christianity, or Japanese Shintoism that only accept cardiac criteria as true death.  This brings up the intriguing possibility that Jahi, although declared dead in California, may be legally alive by another state's criteria because her family's religious beliefs do not accept "brain death" as death.  For example, the New Jersey statute on "brain death" states:

Jahi's mother sought to have her daughter evaluated and cared for in an institution other than CHMC, where the events leading to her daughter's "brain death" occurred.  A confounding factor is that by California law, the financial damages in the case of death of a child are limited to $250,000, whereas lifetime care of a brain-injured child runs into the millions.  Another California girl, Rebecca Jimenez, had severe neurological damage after similar surgery in 2011 and received a multi-million dollar settlement from CHMC.

Jahi's attorney sought to have her transferred to another medical facility.  There are a number of facilities in California accepting pediatric ventilator patients.  However, the fact that a death certificate had been issued early in the process hampered transfer to other medical providers.  Most incendiary was the language of the Children's Hospital "spokesman" Sam Singer, who stated that Jahi was a "corpse" while still on life support and maintaining a heartbeat.  When the family sought to have a tracheostomy and stomach tube inserted, the hospital declared that any further efforts to help Jahi receive further evaluation and care were "unethical" because they had already pronounced her dead.

The dehumanizing language and failure to accommodate Jahi's family led to involvement of the Terri Schiavo Foundation, who eventually helped the family find alternative medical care.  Bobby Schindler, Terri's brother, eloquently describes the efforts to dehumanize brain injured persons, as in this case of his sister, where Terri's Schiavo's diagnosis of "persistent vegetative state" led some to regard her as less than human, as Jahi's diagnosis of "brain death" allows her to be confused with a person who is actually deceased.  In addition, some physicians were angered that the hospital spokespersons labeled procedures to help the Jahi and other persons in her condition "unethical," and actively interfered with her being cared for elsewhere.  It is only due to the persistence of her attorney Chris Dolan and mobilization of Jahi's local African-American community in demonstrations outside the hospital and fund-raisers that Jahi is alive today.

Jahi's situation is similar to that of another "brain dead" young woman, Marlisa Munoz, in Fort Worth Texas, currently being kept alive on life support.  The difference is that Marlisa Munoz is pregnant, and Jahi is not.  Texas law compels physicians to provide high level medical care to Marlisa until her baby reaches viability.  The medical literature contains a number of instances in which women who meet the criteria for "brain death" are supported until their unborn baby reaches viability and is delivered.

The literature on life support for these critically injured pregnant women makes a distinction between "brain death" and "somatic death." Even though "brain death" is diagnosed, a declaration of death is not made until later, after the baby is delivered, the ventilator shut off, and cardiac activity ceases.  Until this occurs, the woman is supported with measures beyond mere ventilation and an IV.  Her fluid, electrolyte and blood gas status are monitored and stabilized, she receives nutritional support, either by IV or stomach tube, and if she has an infection she is treated with antibiotics.  Here physicians do not regard her as a corpse, but a patient in need of their best efforts.

This brings into question the quality if "life support" Jahi received at Children's Hospital after she had been "pronounced" dead early in the course of her hospitalization.  The organ transplant literature states that in the case of "brain death" the patient's family is offered the possibility of donating their loved one's organs to others.  In this case, the physiological functions of patient are fully supported.  If the patient is not an organ donor, therapeutic measures cease.  The ventilator is often kept going and the IV continued until the "ceremonial" gathering of the family and shutting off of the ventilator, perhaps a few hours or a day later.  But to the true believers in "brain death," the actual death occurs when the ICU doctor or neurologist (or possibly a second neurologist) "deems" that brain death has occurred.  So to these doctors, the medical care between the exam diagnosing brain death and the cessation of cardiac activity when the ventilator is shut off is a form of "sham" medical care to allow the family more time to adjust to the actual death of their loved one.  In fact there is a push among some ICU doctors and organ brokers to let the ICU doctors shut the ventilator off after just one neurological exam that meets the criteria for brain death

What quality of medical care should a patient expect if he or she experiences a traumatic head injury or cardiac arrest?  If there is severe brain damage, doesn't the patient deserve optimal medical care until there is absolute certainty of the diagnosis?  What if the family wants the person transferred to another institution for another opinion or other treatment?  The patient will almost certainly not be treated well if the ICU doctors believe that they are just keeping a "ceremonial" ventilator and IV going for the family's comfort and that he or she is truly a corpse.  Jahi's ICU doctor offered this testimony as to Jahi's deteriorated status and why she opposed placement of a tracheostomy and feeding tube just prior to her transfer to another facility.

No doubt Jahi's case will work its way through the courts.  The most fundamental right of any human being is the right to life, and an excellent case can be made that Jahi McMath's civil rights were violated when she was denied examination by physicians of her family's choice or transfer to a facility of her family's selection until the courts compelled it.  The most serious violation of her rights was "pronouncing" her dead shortly after the diagnosis of brain death.  Transferring Jahi after this point required permission of the coroner and a death certificate, but when her attorney sought to get the necessary paper work personnel at the Department of Vital Statistics said that they had never issued a death certificate for a patient on a ventilator whose heart was still beating.

The case of Jahi McMath touches on some of the very deepest issues in philosophy, theology and medicine.  When does true death occur? When does the soul depart from the body? As in the words of the coroner in the Wizard of Oz, when is a person not just "merely" dead, but "undeniably, reliably and most sincerely dead?"

Jahi's case also has a bearing on vital organ donation, its ethics, and its perhaps disproportionate influence on the current practice of ICU care.  An excellent document in this regard was written by Paul Byrne, a pediatric ICU specialist, two Catholic bishops and others on the ethics of vital organ donation -- meaning heart or whole liver donation -- which would by definition terminate the life of a living person.

They argue that we receive the gift of life from our Creator, and it is not ours to give away to another person if such an act terminates ours.  As John Paul II said, we should support life from conception until natural death.  Until recently, "natural death" has meant the cessation of the heartbeat.  Paul Byrne has been the most vocal in promoting the idea that "brain death" is not true death.

It is good to know that the Terri Schiavo Foundation has a network of lawyers, physicians and other professionals that can help others from having their lives prematurely terminated in the case of critical injury or serious brain trauma.  The judicial execution and starvation of Terri Schiavo was a travesty and disgrace, and should never be allowed to occur anywhere ever again.  The terms "persistent vegetative state" and "brain death" are not true diagnoses, but were invented to serve as means of dehumanizing patients to allow organ transplantations and prevent them from receiving proper medical care.  This readily apparent looking at the original medical literature proposing this terminology.

Instead of these demeaning descriptors, accurate medical terms should be used describing a patient's actual condition.  ICU physicians need to be aware that if they prematurely discontinue life support this could be considered homicide.  No one knows what will happen to Jahi, whether she will be allowed more time to recover on the ventilator and with proper medical support, undergo new treatments such as those offered by Dr. Cicero Coimbra of Sao Paulo for severely brain injured patients.  Or she may be quietly be allowed to expire at a time when her family is convinced that everything possible has been done for her.  But one thing is for sure:  her most important right, her right to life, is not being violated by anyone any more.

James Coulter is the pen name of physician