It's All About Vote Buying

"Economists agree that unemployment benefits remain one of the best ways to grow the economy in a very immediate way."

Pelosi continued, "[It's an] ...essential lifeline that millions of Americans and their families depend on..." and "about the 1.3 million Americans who will lose the federal unemployment compensation on December 28 -- right in the middle of the holidays," and "...1.9 million more Americans will lose their state benefits in the first half of next year."

Pelosi said that "economists agree," but I could not find where Pelosi identified those economists, nor could I find their concurring research. Pelosi again quotes "phantom" economists, and not one word about it from the MSM. Perhaps Pelosi should read the Washington Post article that states, "Economic theory does, indeed, suggest that overly lengthy or generous unemployment compensation discourages work...[.]"

In the "not one word" department, the article continues, "We're more skeptical of Democratic claims that extending unemployment benefits would stimulate recipients' spending and thus boost economic growth."

The article concludes with this: "Ultimately, the best answer to long-term joblessness is restoring rapid economic growth, a subject to which Congress must turn as soon as the unemployment benefits fight is over." Economic growth is something the Obama administration and Democrats have not been able to achieve. Pelosi should expand her economic horizons.

Surprising? From Pelosi and Democrats, hardly. What is surprising is what is currently going on with U.S. Senate Republicans. The vote to continue debate about extending unemployment benefits was expected for the Democrat-controlled senate. But six Republicans sided with Democrats and voted against limiting debate, thus keeping the issue alive. The vote was 60-37. The six Republicans who joined the Democrats were:

In what I interpret as as attempt to "sell" his vote, Dan Coats immediately said that he "... opposes the measure as drafted, and would vote against it [the unemployment benefits extension bill] on final passage if Reid 'again obstructs senators from offering amendments'." If he is against the present bill, why did he vote against limiting debate? Is he so naïve as to believe that Reid and Democrats would change the bill, to add what he says is crucial: "... any extension in benefits should be offset by cuts elsewhere in the budget to prevent deficits from rising." If he is that naïve, then I want to sell him a bridge in NYC. 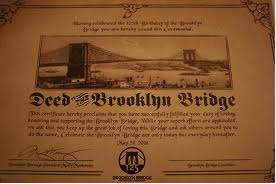 What's disturbing is the six Republicans who voted to keep the unemployment benefits issue alive. The day of economic reckoning will come, the economic train wreck is unavoidable. We simply cannot afford to continue to pay people to not work. The only question is when the train wreck will occur. The six Republicans argue that by voting to extend benefits, they can stay in the senate and help to defeat future economic disaster bills. So, in an effort to buy votes, they say that they can delay the economic train wreck.

One day, one week, one month, one year. What difference does it make? Economic disaster is inevitable. Voting to extend unemployment benefits only exacerbates the situation. But the six Republican senators put their own reelection chances ahead of this country.

UPDATE: Well, Dan Coats was not so naïve after all. What he feared from Harry Reid (D-NV) did, indeed, come to pass. Reid offered a revised version of the unemployment benefits extension bill, then moved to block Republicans from offering amendments, going so far as to accuse Republicans of "... continually denigrating our economy, our president and frankly, I believe, our country." The question then becomes, "If Coats knew what Reid was going to do, why did he vote to extend debate?"

But still no word from the other five Republicans. Does silence mean they favor a bill to provide 47 weeks of benefits after an unemployed worker had used up state-funded unemployment benefits of 26 weeks? Do I hear the (not so) distant rumblings of an economic train wreck?

But that's just my opinion.

Dr. Warren Beatty (not the liberal actor) earned a Ph.D. in quantitative management and statistics from Florida State University. He was a (very conservative) professor of quantitative management specializing in using statistics to assist/support decision-making. He has been a consultant to many small businesses and is now retired. Dr. Beatty is a veteran who served in the U.S. Army for 22 years. He blogs at rwno.limewebs.com.