Michelle (nee Robert) Kosilek has won his battle for a sex change.  To quote the Boston Globe, "A federal appeals court upheld Friday a landmark order that the state must provide a taxpayer-funded sex change for a transgender prisoner convicted of murder, after finding that the surgery is the only adequate care for her gender identity disorder." This will be the first court-ordered, state-funded sex change for a prisoner in the country.

To review: One afternoon in May 1990, Robert Kosilek brutally murdered his wife Cheryl.  He strangled her with piano wire, virtually decapitating her, and left her body in a mall parking lot in a suburb of Boston.

Let's review further: In a long piece in the New Republic last October, Nathaniel Penn did some background research on Robert/Michelle, derived from Kosilek's own conversations.   Here we learn that at the age of four, Kosilek announced to his mother, a waitress at greasy spoons, that he was really a little girl.  (His father was in jail.)  Soon afterward, she abandoned him at an orphanage, only to retrieve him six years later while on an "alcoholic bender" with her new boyfriend.  At home, he was often punished for dressing like a girl, and his mother's father began raping him.  At the age of twelve he became a child prostitute in Chicago.  But he wasn't attracted to men, which confused him, and one would have thought would confuse the court.

In his mid-twenties, he became a heroin addict.  When he wasn't turning tricks to support his habit, he shoplifted or burgled homes.  He also took female hormones.  According to Robert/Michelle, he moved from coast to coast working as a dishwasher, a truck driver, a garbage collector and other such jobs including as a bus driver for children (!)  He briefly joined the army, before being "undesirably discharged."

After a sordid series of stabbings, beatings, and arrests, he checked into a rehab in the Boston area, where the counselor referred him to a colleague with expertise in "sexual issues."  This counselor, at the end of their first session said, "You look like you need a hug."  This was Cheryl, and within the year the two lovers were married. 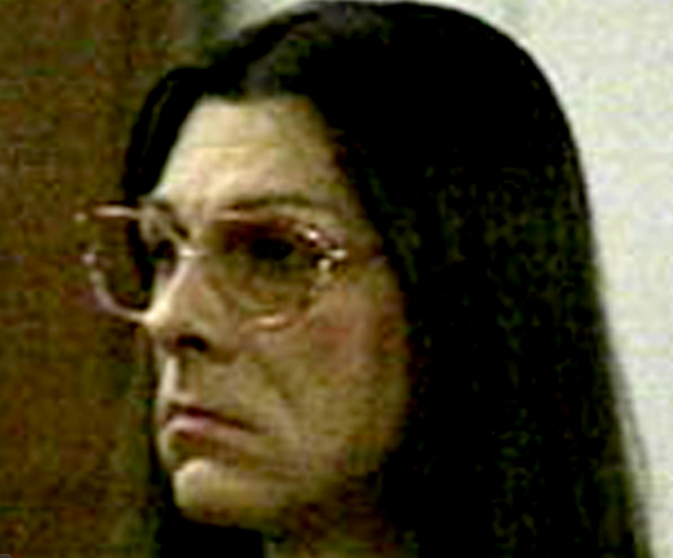 Now back to the present.  Kosilek , approaching 65, has been serving a life sentence at Norfolk Prison, where for years he has been a member of the "sisters," a particularly violent, sexually deviant subset of the prison population.   In 1993, Kosilek decided to do a complete makeover, changing his name to Michelle, letting his hair grow long, and dressing as a woman in an all-male prison.   (Actually, he is not the only one, but I digress.)

Since 2000, when Kosilek, diagnosed with a "gender identity disorder," sued the state for violation of the Eighth Amendment ("cruel and unusual punishments"), he has received female hormone therapy, electrolysis, and psychotherapy.   In 2002, U.S.  District Judge Mark Wolf, in a 129-page ruling, decreed that Kosilek was entitled to treatment of gender identity disorder, but stopped short of ordering sex-change surgery.

In the fall of 2012, however, after a decade of legal wrangling, which cost the state more than $700,000, Judge Wolf decided that Kosilek, according to the Globe, "is entitled to the surgery because it is a medically necessary treatment for her [sic] gender identity disorder." The surgery would cost about $50,000.

It was this decision that was upheld last week.  The appeals court added that "courts must not shrink from their obligation to enforce the constitutional rights of all persons, including prisoners." Especially prisoners, argues the New Republic article: "Transgender inmates are...discriminated against when they seek medical care, especially care related to gender transition....Prisoners in general are discriminated against when they seek medical care."

Then too, medical care is one thing, but things being what they are economically in Massachusetts, especially under the shadow of ObamaCare, one would think the courts would be hesitant to order a $50,000 castration on a severely mentally ill person, one with a psychiatric history such as Kosilek's.  Interestingly, so far not one surgeon has come forward to perform this operation.

But does surgery "cure" such a case as Kosilek's? Dr.  Joseph Berger, a prominent Toronto psychiatrist, states that from a medical and scientific perspective there is no such thing as a "transgendered person...that people who identify themselves as 'transgendered' are psychotic or simply unhappy, and pointed out that hormone therapy and surgery are not appropriate treatments for psychosis or emotional unhappiness."

He continues that "cosmetic surgery will not change the chromosomes of a human being in that it will not make a man become a woman capable of menstruating, ovulating, and having children, nor will it make a woman become a man...."

And, according to the best-known adversary of sex-change surgery, Dr.  Paul McHugh, psychiatrist-in-chief at Johns Hopkins, "We psychiatrists would do better to concentrate on trying to fix their minds and not their genitalia."