Why Obamacare Is Off the Rails

By Pem Schaeffer and Stanley Ralph

The introduction of the Affordable Care Act (ACA), as revealed by the roll-out of HealthCare.gov, is an epic public embarrassment, living up to predictions of a train wreck.

We're watching government at its most harmful and ineffectual. This is not rocket science -- no risky new technology is required; no laws of physics have to be invented or repealed. While the technology itself may present some challenges, problems like this more often than not stem from poor leadership, discipline, and accountability.

We were privileged to spend our careers on a team responsible for the Aegis Combat System, a complex, mission critical system. Like the ACA, or as the President is fond of calling it -- ObamaCare, Aegis has life and death consequences, which is why there was such attention to strict design, development, and testing policies. We are resolute believers in these immutable principles for successful system development, and we are saddened and appalled by the government's incompetence in undertaking total restructuring of the American healthcare system. 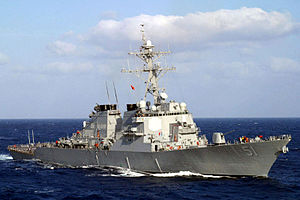 The Aegis Combat System is deployed on nearly 100 Combatant Surface Ships, including those in several foreign Navies. The principles embraced and proven in Aegis for designing, testing, producing, and evolving complex systems are timeless, and illuminate why ObamaCare was headed for disaster from the get-go.

Let us enumerate and contrast the two.

There is no substitute for proven and inspiring leadership that fully comprehends the nature of the problem, guiding a Prime Contractor & System Integrator along with essential team members who are all established, responsible, and trustworthy. Overlay programmatic discipline, strict requirements management, and a rigorous and robust systems engineering process, and you have the basis for a successful development program.

The ACA approach: Failing to contract with a system integrator, choosing team vendors based on inside connections, and sole sourcing to those with a record of failure is the sure road to serious troubles and potential implosion.

The first phase of any such development is rigorous and disciplined definition of system requirements. Roughly one third of program effort should be invested in this phase. If this task is mismanaged, or worse, ignored, succeeding efforts are doomed to fail. Detailed design should not begin until the most basic level specifications for a given segment have been completed, reviewed, and approved.

In addition, test specifications beginning at the lowest level and ending at the top system level must be written, reviewed by program authorities, and approved. Simulators for function and load must be defined to support validation testing at each level. Testing can then move forward by stepwise integration of successive pieces using the simulators as necessary.

These specifications are fundamental to delineating responsibility and accountability. They must be scrupulously maintained and controlled as the 'gold standard' for the program.

In summary, you define the mission and specify detailed requirements from the top down; you design, build, and verify from the bottom up.

The ACA approach: The hearings and testimony so far make it clear that this most fundamental pillar of success was grossly mismanaged and largely ignored. Speaker Pelosi's words that "we'll have to pass the bill to find out what's in it" prove that the emphasis was on politics and ideology, not on system requirements and planning for success.

The more things you try to change at the same time, the greater the probability of failure. With no fixed points of reference or proven system building blocks, everything is fluid and nondeterministic.

Imagine writing a 3,000-page law to totally restructure the national 'utilities' infrastructure. The likelihood of success would be zero; chaos and irreversible damage would surely result.

ObamaCare undertakes to completely and indiscriminately redefine the entire health-care segment of the U.S. economy, including laws and regulations, incentives and market forces, the delivery system, the providers, the insurance model, the customer interface, the billing and financing, and every other aspect of the existing system. This magnitude of change is distinctly irrational.

The ACA approach: The legislated scope of ObamaCare is so vast as to be a foolproof recipe for unmitigated disaster, with lives, liberty, and societal order hanging in the balance.

You get the behavior and performance you accept, tolerate, and reward. In no single area is the difference between private and public sectors more revealing. The private sector is motivated by the need to succeed and to ensure survival of the enterprise. Government, with few exceptions, is completely absent these motivations. Pursuit of excellence is rare; no one worries that government will 'go out of business.'

Hence we see unashamed comments in front of Congress that "I didn't know about.." or "I wasn't aware of....." or "I first found out about it when I read it in the papers" from senior government officials. Elsewhere, others who should have been fully engaged assert they 'weren't informed directly,' and seem more focused on golf and who they shoot hoops with.

The ACA approach: If you accept and reward mediocrity, and tolerate failure, excuse-making, and finger-pointing, that's what you'll get. And the larger the undertaking, the more profound and far-reaching the failure will be.

Other essential fundamentals include these: develop a sound plan and stick with it; stabilize requirements; build and test in phases. Additionally, allocate 1/3 of time and funding for testing; certify end-to-end performance before deployment; design for heavy loads, and test to those loads throughout development.

The ACA approach: ObamaCare introduction and website rollout ignored all proven principles for complex system development. Unraveling a mess usually leads to a bigger mess, and we're on our way.

In conclusion, the massive ACA program failure now apparent was entirely predictable, and lamentably, quite preventable. Consequences for those responsible should be swift and appropriate to the scale of waste, mismanagement, and health-care disruption becoming clearer by the moment.

Most urgently, steps must be taken to establish the procedures and diligence necessary to ensure that failure and waste on this scale can never be repeated anywhere in the federal government.

The authors hold five engineering degrees and an MBA between them, and worked for Hughes Aircraft Company (now Raytheon) and RCA (now Lockheed Martin). Schaeffer blogs at http://othersideofbrunswick.blogspot.com/