"Unless you believe, you will not understand"

This quote in paragraph 23 of the papal encyclical Lumen Fidei provides insight into how to challenge the understanding of the discourse relating to Pope Francis's writing and the implications as it relates to capitalism, America, and the current debate raging in the United States.

Pope Francis's most recent exhortation, Evangelii Gaudium, set off a firestorm about capitalism and trickle-down economics.

For those who jump on the bandwagon of condemning capitalism based upon a superficial reading of the Pope's exhortation, they may find that "unless you believe, you will not understand".

In Evangelii Gaudium the Pope is addressing his flock from a spiritual perspective, with its love of Christ and all His children. Such teachings are the foundation of the Catholic Church as well as in most Judeo-Christian religions. 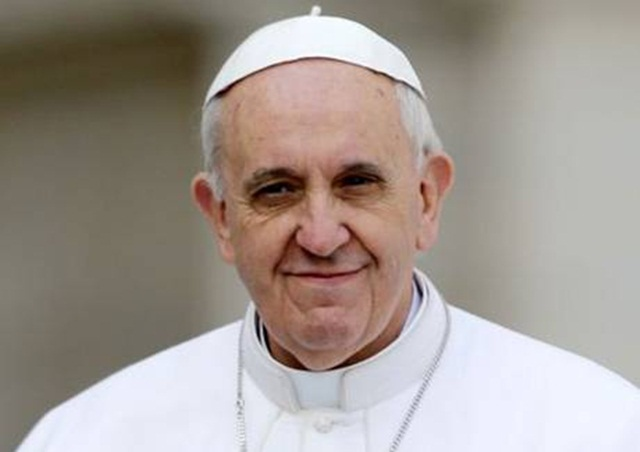 He is not saying that one form of government is better than another. He is not talking about any form of economic structure at all. He is merely singling out how you use the gifts Christ has given you, regardless of the system. For Catholics, putting anything ahead of our spiritual faith is the concern to the Pope. The Pope's entire focus relates to our spiritual journey to eternal salvation and that the things of this world matter not.

The Pope is not running for president. He is the leader of the Catholic Church and is doing precisely for his followers what he should be commanding us to do.

As my spiritual leader, I acknowledge that I do have the responsibility to look after my fellow person, care for those in need, to help those who are helpless, and to show Christian love to all.

It is appropriate that Pope Francis provide us that guidance in his encyclical.

It is entirely appropriate that a church provide spiritual guidance.

It is, however, inappropriate when a government forces people to accept a certain precept over another. Love cannot be forced. Caring is a voluntary act. Love is not selfish. A government that excludes one group (the unborn for example) for the benefit of another would be violating the intent of the Pope's writings.

In my faith, the source of the wonderful gifts we have on this earth come from our Creator, not from our government. Pope Francis is reminding Catholics that it is our responsibility as to use those gifts in a way that is befitting of the Christian love that we are to have for our fellow mankind.

In both the Old and the New Testaments, these themes are prevalent. Why would anyone even remotely expect that the Pope would say anything than what he did?

In my travels to Haiti, the Caribbean, the Far East, and the Middle East, the true extent of poverty becomes clear. Our perception of poverty, while real for those feeling pain and deprivation, is significantly different than the poverty that the Pope is discussing.

This does not however alter his message. He is saying that as Catholics we have a responsibility to place our faith above our material goods. Pope Francis is concerned about our salvation, not our bank account. I would have it no other way from my spiritual leader.

When one places great value in material things, the focus is lost on how you can selflessly help another. This is precisely the image of being a good parent in which the parent is more concerned about their child than they are about themselves. Pope Francis is merely concerned about his flock.

In a similar vein, Thomas Jefferson, our third president, recognized the great threat in which a government would attempt to be too strongly influenced by a religion. Thomas Jefferson understood that they must be separate, as does Pope Francis.

The Pope's similarity with Thomas Jefferson is more significant than you may think. In our founding principles, we already were a Judeo-Christian nation guided by our faith individually because of our individual character. The government was influenced by the character of those with faith and not by their religion directly. It is not a government of faith but a government in which its leaders are influenced and guided by their faith.

These may not appear to be major differences but they are huge.

Unless you believe, you will not understand!

Col. Frank Ryan, CPA, USMCR (Ret) and served in Iraq and briefly in Afghanistan and specializes in corporate restructuring and lectures on ethics for the state CPA societies. He has served on numerous boards of publicly traded and non-profit organizations. He can be reached at FRYAN1951@aol.com and twitter at @fryan1951.