In the US we are used to abortion advocates claiming that the risk of elective abortion is relatively trivial, and major medical organizations denying any link between abortion and breast cancer. Now a powerful new study from China published last week by Yubei Huang and colleagues suggests otherwise.  The article, a meta-analysis pooling 36 studies from 14 provinces in China, showed that abortion increased the risk of breast cancer by 44% with one abortion, and 76% and 89% with two and three abortions.

This new article is another example of the recent excellent scholarship on abortion in peer-reviewed journals coming out of the People's Republic. There is no bigger data base than China, where there are an average of 8.2 million pregnancy terminations every year, and 40 abortions for every 100 live births. Chinese researchers and physicians are unencumbered by abortion politics, and do not cover up data showing long term effects of induced abortion, as do their US counterparts in governmental, professional and consumer organizations.

Huang's study shows an even stronger increase than the 30% higher risk found in the 1996 meta-analysis by Joel Brind and colleagues on abortion as an independent risk factor for breast cancer. The Brind meta-analysis, combining the results of 23 studies, gave a more complete view than any single study. But even though it was the most comprehensive study on the topic at the time, it was disregarded by establishment medical groups.

Brind, a professor of biology and endocrinology at Baruch College, is not unique in having experienced censorship of his findings for the past two decades, including at the notorious National Cancer Institute (NCI) workshop on "Early reproductive events and breast cancer" in 2003.  This important workshop was manipulated by its chairperson NCI epidemiologist Louise Brinton to suppress critical information on the abortion-breast cancer (ABC) link. The main speaker on abortion and breast cancer, Leslie Bernstein, who  had never published on this topic, openly said "I would never be a proponent of going around and telling them (women) that having babies is the way to reduce your risk," even though it has been an established fact, conceded by abortion proponents that this is true.

This workshop was designed to influence subsequent governmental policy, academic scholarship, physicians, and popular perception of the topic, and succeeded in doing so.  It also influenced the individual life trajectories of many women who were led to believe, falsely, that an abortion decision would not have an impact on their future breast cancer risk.  Because there is a lag time between abortion and the appearance of breast cancer, the effect of an abortion is not immediate for an individual.  And abortion is only one of a number of factors influencing breast cancer risk, such as family history, use of hormones, and age at first childbirth.  The majority of women who have breast cancer have never had an abortion. Nonetheless, there will be some women who develop breast cancer and die from it, impacted by the failure to inform them of the ABC link, or its dismissal by establishment medical and consumer groups such as the American College of Obstetricians and Gynecologists and the Susan Komen Foundation.  This is an ethical breach of huge proportions.

The new Chinese meta-analysis not only concerns the ABC link on an individual level, but also confirms the observation of statistician Patrick Carroll, who predicted the rise in breast cancer in several European countries following legalization of abortion.  Again, because of the lag time between abortion and the appearance of breast cancer, the link is not immediately apparent. Carroll's work is important because he finds that not only is induced abortion an  independent risk factor for breast cancer (separate from such factors as late child-bearing) but that it is the best predictive factor for forecasting a nation's future breast cancer rates.  Nations such as China, with traditionally low breast cancer rates, are now seeing an increase, many years following their legalization of abortion.

Unfortunately, the ABC link is not unique in suffering a systematic cover-up by ideologically-driven medical organizations intent on suppressing information about complications of abortion.  Preterm birth is the leading cause of neonatal death in the USA, taking the lives of hundreds of thousands of infants annually, with a cost of 26 billion dollars.  It has risen 20% in the last two decades. It causes cerebral palsy, long-term intellectual and visual handicaps, and much suffering.  There are 135 studies from diverse locations world-wide that link abortion and preterm birth.   The relationship is most pronounced with multiple abortions, and very premature infants born before 28 weeks gestation, the "million dollar babies" that spend months in neonatal intensive care units.  Preterm birth disproportionately affects African Americans. Yet the medical community, WHO, and the American College of Obstetrics and Gynecology (ACOG) have long ignored this association in their official publications and task forces to combat the problem.  Another big cover-up involves the psychological consequences of abortion, especially suicide, which are inadequately acknowledged by mainstream groups because they conflict with the propaganda-driven view of abortion as a health "benefit."

This year I was personally prevented from delivering a paper at a conference at the last minute, along with two other women physicians presenting papers on abortion complications, at the MWIA (Medical Women's International Association) in Seoul, South Korea.  These were academically sound presentations on maternal mortality, psychological 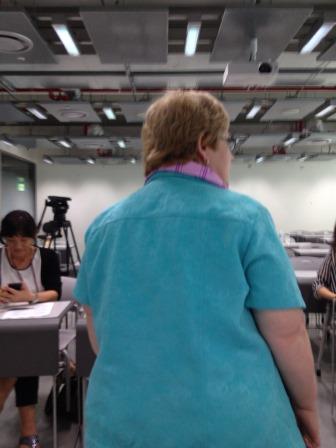 issues, and preterm birth that had been accepted months earlier.  Shelley Ross, the Secretary-General of the organization personally barged into an interview with Korean journalists to attempt to prevent us from speaking to them, almost causing a fist fight. In a press release regarding this incident, she claimed that the presentations threatened a woman's reproductive rights, and further asserted that "the evidence is overwhelming and undisputable that a woman's control over her reproductive health is linked to...the health of women and children."  But if she is talking about abortion, it is obvious that breast cancer and suicide do not improve the health of women, and preterm birth and abortion obviously do not improve the health of a woman's future children or the aborted babies.

It is a disgrace that a more honest discourse about difficult medical topics can be found in the People's Republic of China than in the USA.  The censorship of medical journals, prevention of conference presentations, denial of grant money and faculty promotions, and self-censorship of honest scholars in academic medicine who want to tell the truth but feel they cannot, impoverishes us, should not be tolerated.

Mary L Davenport, MD, FACOG is Medical Director, Magnificat Maternal Health Program and on the Board of Directors of the Breast Cancer Prevention Institute. She is the immediate past president of the American Association of Pro-Life Obstetricians and Gynecologists.