Warning: mysqli_free_result() expects parameter 1 to be mysqli_result, bool given in /var/www/html/americanthinker/admin/common/functions/func.general.php on line 126
 Stick a Fork in Obama - American Thinker
|

Stick a Fork in Obama

We are only three and a quarter years away from transforming the United States of America.  We may never get back to where we once were, but we can sure roll back much of the mess Barack Obama has created through his misguided policies and serial incompetence.

With ObamaCare's ascendancy and impending crash, America will be on the cusp of transformational action.  The misery the ACA will bring to almost every American cannot be overestimated in its ability to incite anger -- and, anger has consequences and repercussions.  The failure of the ACA has the potential to make 2014 a wave election for Republicans.  In 2016, we may see a true conservative as president.

America put men on the moon.  Now, with 3 ½ years and a half a billion dollars, we can't even build a website.  This is how much Barry and his ilk have degraded the brand.  We used to be the shining light on the hill.  Now, we are darkness at the end of the tunnel.  Barack Obama has been the worst thing that has ever happened to the Oval Office, and in the end, ObamaCare will seal his fate as a failed president.

Three and on half years ago, who would have thought that the most emblematic part of the Affordable Care Act, would be the website?  Yet, they already have more than a half a billion dollars in for something that doesn't work at all.  Just imagine how much they will spend to fix it.  Healthcare.gov, when fixed, will probably have cost the nation's taxpayers upwards of a billion dollars 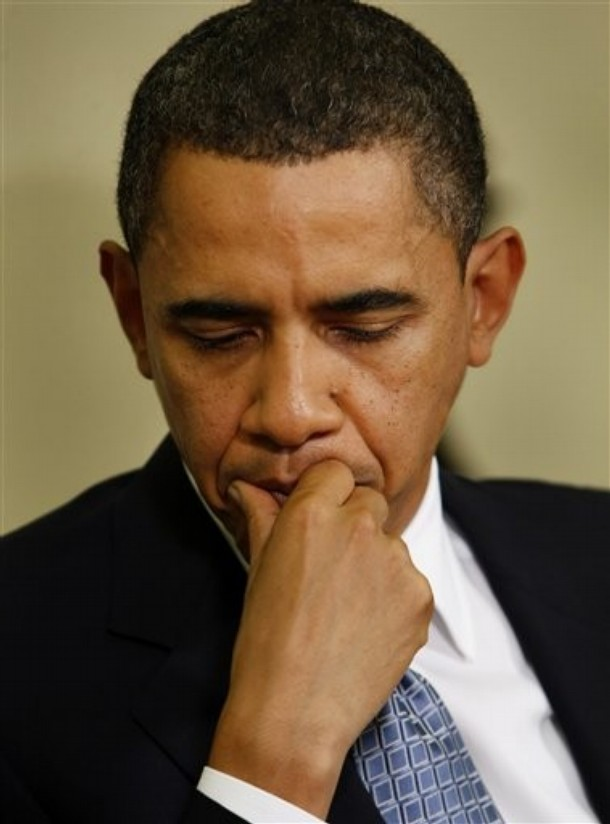 Yet, it is not over.  America is holding all the cards.  Republicans have always had a tendency of snatching defeat from the jaws of victory, but it's looking fairly safe they will play this one right.

The path forward, almost always begins by going in the wrong direction.  There would have been no Ronald Reagan without Jimmy Carter.  The Republicans need to find a new Reagan.  Like the "Gipper," he will have to be a fighter and the gloves will have to come off, because ObamaCare has given Republicans the best opportunity to halt the progressive onslaught in a generation.

America, at last, will be listening.

Ronald Reagan gave us 25 years of prosperity and freedom.  It's high time we fight to get that back.  Before the last election, I told friends that if Barack Obama won reelection, his second term would destroy the Democratic Party and progressivism for a generation.  By the end of his reign, Americans are going to be so tired and soured on Obama, his anointed successor will not stand a chance of becoming the nation's next president.

Barack Obama has become a leader who does not matter -- the stimulus was all Pelosi and ObamaCare was Pelosi and Harry Reid, et al.  What idea was ever his?  Can he point to one thing where he was deeply involved?  He has been our golfing president.  He is so incompetent and uninvolved that it is believable that he did not know the problems with healthcare.gov, the integral component of ObamaCare, a program he proudly put his name to.

Well...after the IRS targeting of political opponents, the NSA spying on everyone -- including the tapping of the German Chancellor's cell phone, the Fast and Furious dead, Solyndra and all the other crony capitalist backroom deals, the Pigford payouts, his $6 trillion addition to the national debt, the 13.6% U6 unemployment rate, the increase in food stamp and disability rolls, the Benghazi dead and the cover-up, the Syria embarrassment, the racial divisiveness, the doubling of the price of gasoline, and now, Healthcare.gov, people are starting to realize a thing or two about Mr. Hope and Change.

If you think people hate the website, wait until they get a load of ObamaCare itself.  If I did not have such a visceral dislike for the man, I would almost feel sorry for him...it's going to be a long three plus years for Barack Obama.

"Barack Obama may have spent a lifetime failing up, but eventually it's just failure. He has presided over five years of sickly economic growth, inadequate job creation, a doubling of the food stamp population and now this -- ObamaCare."

The Obama presidency is dead -- killed by Obama himself in a fit of vanity and hubris.  With it, goes the entire progressive movement.  It won't be long before people begin to understand what ObamaCare will cost them and how it will affect their healthcare.  Avik Roy in Forbes Magazine estimates 93 million people will lose their current coverage.

It is altogether possible there will be more people uninsured in 2014 than there were uninsured in 2009 when the ACA passed on a purely partisan vote, promising universal coverage.

With every cancellation letter received, an angry American will remember Obama telling the nation repeatedly: "[I]f you like your insurance plan, you will keep it."

Republicans, having made a futile stand in attempting to defund ObamaCare, have immunity.  Barack owns this baby.  They can spend most of the next year in the run-up to the midterm elections picking apart ObamaCare with impunity -- control of the Senate is within their grasp.

The shutdown of our government, while seemingly detrimental to Republicans in the short run, will be a blessing going forward.  The MSM did conservatives a favor by making sure every American knew that the Republicans shut down the government in an attempt to defund ObamaCare.  As the ACA touches the lives of every American and the anger builds, they will remember who tried to stop it.

The nail in the coffin of progressivism is ObamaCare.  After all, it is a law that penalizes almost everyone, while simultaneously ruining the nation's healthcare system.  So staggering will its failure be, and its failure is inevitable, Hillary Clinton may be forced to run in 2016 as a small-government conservative.