Warning: mysqli_free_result() expects parameter 1 to be mysqli_result, bool given in /var/www/html/americanthinker/admin/common/functions/func.general.php on line 126
 ObamaCare: Socialist Trojan Horse in a Free-Market Troy - American Thinker
|

There's no mystery why ObamaCare won't work. It won't work because it's an absurdity. The only mystery is why anyone ever thought it would work. But maybe that's no mystery either. Maybe its proponents didn't care whether it worked. Indeed, maybe they didn't even want it to work.

It's no secret what ObamaCare's principals really want. They want a Cuban healthcare system in which the state is your provider, your doctor, and your hospital. They won't call that what it is -- a socialist system. Instead, they call it a "universal single-payer system" because that sounds better. It's an everybody-in/nobody-out system in which the Federal government pays for everybody's healthcare -- at first, by forcibly redistributing income from those who earned it to those who didn't and, later when there's nothing left to redistribute, by restricting both the quality and quantity of healthcare available.

Indeed, Barack Obama, Nancy Pelosi, and others have plainly said what they really want is a "universal single-payer system." Obama has even gone so far as to disclose their strategy: interim solutions which ultimately "transition" to the final solution. While still a U.S. senator, Obama said, "it is my belief that it's not just politically but economically . . . better for us to start getting a system in place -- a universal healthcare system signed into law by the end of my first term as president and build off that system to further . . . make it more rational . . . ." And "more rational," in Obama's self-professed worldview, inevitably means more statist intervention and redistribution.

So what if ObamaCare doesn't work? All that establishes is ObamaCare didn't go far enough. The real problem was always private providers, private doctors, private hospitals, and maybe even private drug manufacturers. And the real solution is "transitioning" to a "universal single-payer system."

In this healthcare context, ObamaCare was never more than a socialist Trojan horse in a free-market Troy. If socialism is initially unable to breach the free market's walls, place a superficially attractive gift outside its gates designed, in the dark of night, to eventually unleash socialism within the citadel itself. 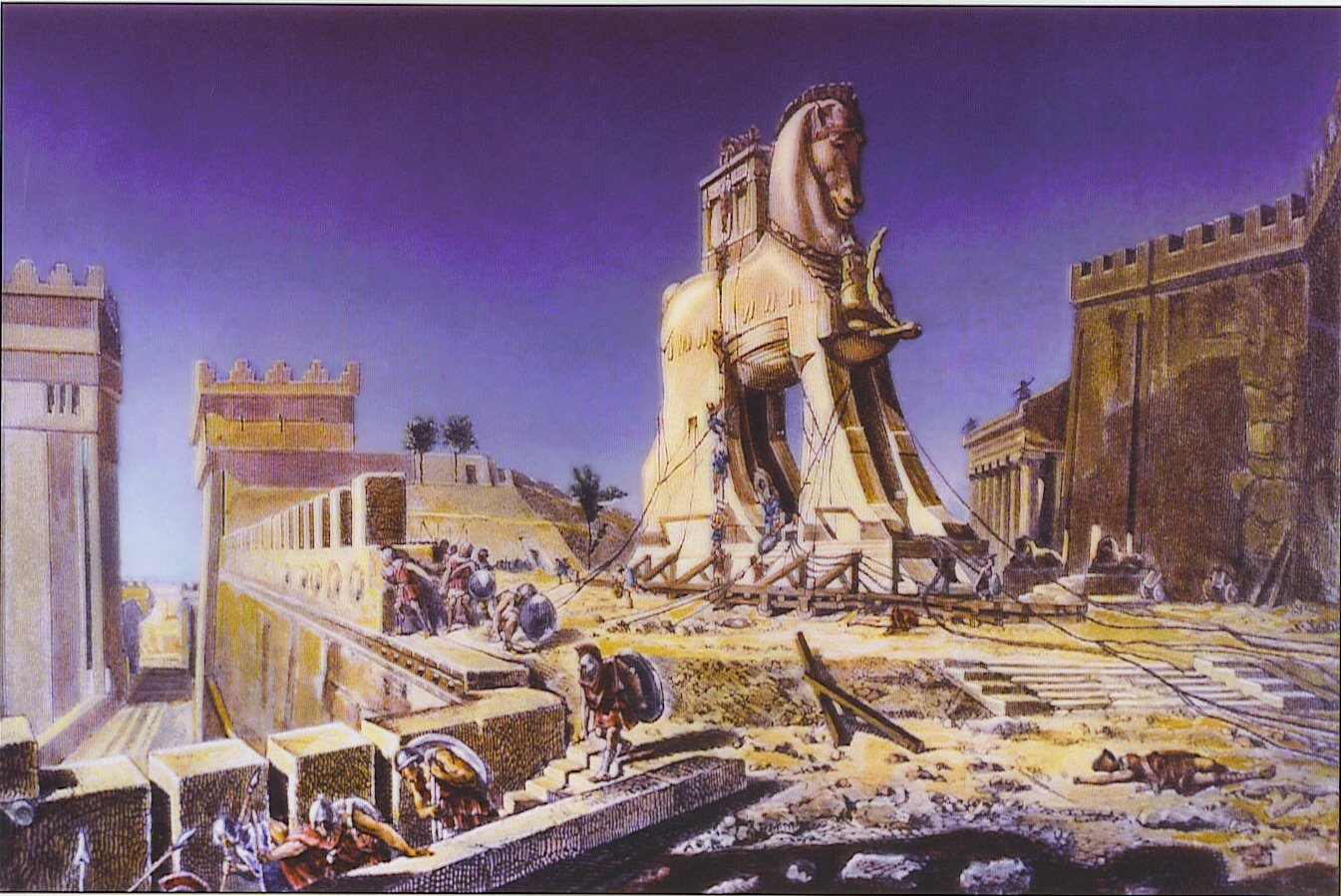 It isn't as if there aren't already many other examples of socialism's incremental approach. We long ago socialized education. We've practically socialized home mortgages. We're willing to socialize car manufacturing losses. We've accepted the socialization of big bank losses. We're well on our way to socializing even groceries (what's the U.S. Agriculture Department anymore but a social welfare agency subsidizing 47 million people's food?). And socializing whatever child-care we haven't already socialized will surely be the next feminist tactic in winning the war against women (Nancy Pelosi has already said so). Something approaching one-third the working-age residents of the planet's economic superpower now appears either disabled or otherwise unable to feed itself. What's that all about?

Indeed, statism's ultimate equalitarian objective is socializing the U.S. Constitution itself -- that is to say, "fundamentally transforming America" from a "regressive" charter of "negative rights" to a "progressive" one of "positive rights." After all, "negative rights" are only what government can't do to you, "positive rights" are what government must do for you, and all good socialists have always known the former merely constrain government's provision of the latter. Indeed, Barack Obama (lamenting Earl Warren's waste of Franklin Roosevelt's good crisis) said so in explicit terms while he was yet but an Illinois state senator.

So what does "fundamentally transforming America" from "negative rights" to "positive rights" involve government doing for you? Well, apparently, just about everything. Government must educate you, house you, feed you, care for your heath, care for your children, provide you with a job, and otherwise ensure you are suitably cosseted by all the middle-class comforts of a life for which you no longer have any individual responsibility.

The absurdity of the socialist worldview should be obvious even if it hadn't been for its malefic failure during the 20th century everywhere on earth where it was seriously attempted.

How absurd, for example, would it be for government to force Tampa retirees -- who'd worked hard all their lives, saved their income, and now drive nowhere but their local grocery stores once or twice a week -- to buy seven-passenger family crossovers equipped with four-wheel drives, 30-gallon gas tanks, mud and snow tires, and dealer-supplied child-restraint seats? And, if they didn't, tax them to subsidize the same vehicles for Chicago minimum-wage workers who like big families but don't like riding buses? About as absurd as ObamaCare.

How absurd would it be for government to force 20-year-old outdoor enthusiasts -- who drive hundreds of miles a week for fun, sport, and physical vigor -- to buy paraplegic vans equipped with wheelchair lifts and hand throttle and brake controls? And, if they didn't, tax them to subsidize the same vehicles to save the impaired, their families, and their friends (not to mention voluntary charities) from having to bother themselves about impairments? About as absurd as ObamaCare.