Warning: mysqli_free_result() expects parameter 1 to be mysqli_result, bool given in /var/www/html/americanthinker/admin/common/functions/func.general.php on line 126
 The Decline and Fall of National Security - American Thinker
|

The Decline and Fall of National Security

Two unlikely sets of institutions are playing key roles in the decline of American foreign policy effectiveness: Intelligence agencies and military commands.  The CIA and DOD, agencies that were heretofore above politics have lost their objective moorings. Contemporary guardians of national security have been suborned by partisanship, in the process, fostering a kind of soft sedition; analytical and operationalincompetence. 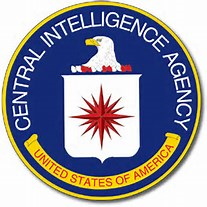 If a casual observer were to attempt to find fault with Intelligence in the 21st Century, he might identify size, complexity, and politics. Since World War II the American Intelligence Community (IC) has grown exponentially, 17 agencies in the US alone today and an expensive host of intermediary managers and commercial contractors. Unfortunately, national Intelligence products, now a kind of communal inertia, do not justify the exorbitant investment in collection and processing of raw data.

The Colin Powell UN speech in the run-up to the Iraq War and the now infamous Benghazi talking points are recent egregious examples "Intelligence" products corrupted by politics. If the purpose of Intelligence is to support the political flavor of the day, why not just subcontract analysis to Madison Avenue?

"Big" was not always the best thing you might say about US Intelligence. Time was when warning or analytical failures had consequences. Pearl Harbor is an example. Ironically, the sub-rosa Office of Strategic Services (OSS) was cashiered by Harry Truman immediately after WWII. Truman was not fond of a large Intelligence establishment or large political egos. It probably didn't help that OSS chief William "wild Bill" Donovan was a prominent Republican lawyer.  Politics are ever-relevant.

Parts of the OSS were salvaged by the National Security Act of 1947 which created a then modest Central Intelligence Agency (CIA).  But the Intelligence Community didn't get a real boost until 1961 with the publication of Roberta Wohlstetter's  Pearl Harbor: Warning and Decision, a volume that is still required reading for Intelligence acolytes. Wohlstetter's encyclopedic study established several benchmarks for Intelligence still relevant today.

Foremost was the axiom that warning is usually an analytical or political, not a data failure.  In today's argot it would be "failure (or unwillingness) to connect the dots." Sixty years later, on 11 September 2001, analytical failure, not available evidence, was still the weak link. The only difference between Pearl Harbor and the 9/11 Twin Towers warning debacle is cost and the size of the Intelligence legion; alas, still a toothless dog that doesn't bark.

And the warning problem is complicated today by design. Analysis is hamstrung by the Brennan Doctrine, an a priori policy that rejects evidence which might link terrorism, sedition, and Islamist wars with Muslim ideology or politics.

"How you define a problem shapes how you address it." - John O. Brennan

The very word "Islamism" has been struck from threat discussions.  Where there is no distinction between church and state, religion is the center of gravity. Trying to analyze terrorism and contemporary small wars without mentioning Muslim political motives or Islamic doctrine is a little like studying WWII without mentioning Japanese Imperialism or German National Socialism.

Warning and Decision is still de rigueur for other reasons. A careful reading of official CIA reviews reveals that conclusions about the "underfunding" of Intelligence functions are, for CIA, the attractive parts of the Wohlstetter narrative. Ironically, truly talented analysts like Wohlstetter still do not work for Intelligence agencies. The best minds do not work for Intelligence because such analysts would be difficult to manipulate, hence politically unreliable. 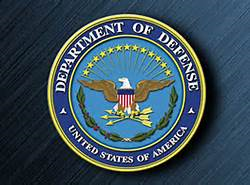 Counterinsurgency (COIN) is official US military doctrine, a lame legacy of Vietnam. Counterinsurgency is warfare or intervention on behalf an incumbent or allied regime.  Yet COIN doctrine seldom accounts for the enemy view -- phenomena like coups, revolution, or civil war.  The Pentagon avoids such terms because the US military has no charter or doctrine for regime change. The rhetorical dishonesty over the recent "coup" in Egypt makes the point well enough. And at the expense of logic and clarity, any discussion of jihad is officially proscribed by the brass too; no matter how many GIs might get killed by jihadists. With the Brendan doctrine, Jihad, or holy war, is still ritual cleansing.

Since Vietnam, most small Muslim wars might properly be called civil, or better still, religious wars. If Iran, Afghanistan, Iraq, Egypt, Libya, or Syria had anything to do with counterinsurgency, the West should have armed the Ayatollah Khomeini, Mullah Omar, Sadam Hussein, Hosni Mubarak, and Bashar Assad. On the E-Ring, COIN and regime change seem to be synonymous.  Military analysis, such that it is, is trying to square this circle with some profound naval gazing. Strategists are calling for a 'fourth generation' model of warfare.

Unfortunately, the new doctrine keeps many of the inanities of Army and Marine Corps official guidance. Foremost is the inability, or unwillingness, to precisely describe the enemy by name, nation, associations of nations, or ideology. And calling 3rd generation warfare a "war on terror" is a little like calling WWII a war on blitzkrieg. Tactics and the enemy are different things: tactics are ephemeral; enemies are kinetic until they are defined and defeated in detail.

The 4GW crowd also talks of collapsing the enemy's "center of gravity," but the center for Islamists, and the broader Muslim base, is religion. A CJCS that has stricken Islam from the discussion is not likely to assault "one of the world's great religions," much less try to neutralize imams who might insist on Sharia law -- or target clerics sponsoring holy war, lethal jihad.

4GW aficionados also support a Fabian strategy.  Fabius Maximus Cunctator (280-203 BC) was a Roman general who used defensive delay and attrition tactics to bleed Hannibal's expeditionary forces during the Punic Wars. Fabius is thought to be the father of guerilla war.

Ironically, the Fabian fad is a page out of Osama bin Laden's cookbook: extend the infidel armies and kill with a thousand cuts. War is curious politics; Islamists are defining our strategy?  If so, 4GW is truly cunctative; too late for a flaccid flag corps that already offers "transition" and "stability" as passive strategic objectives.

Imagine a high school athletic coach who would use such banalities instead of words like victory!  We remember Bolingbroke, not Hotspur, because Henry IV knew how to win. Douglas MacArthur struck the same cord: "There is no substitute for victory." Life, war, and politics are zero-sum games -- history is the tale of winners and losers.

American diplomatic and military operations are starting to look like T-Ball or scoreless soccer; no winners or losers, yet all participants get a medal or a promotion.

The Fabian debate is another nickel and dime argument.  What's required is a new global strategy, not another small war tactical salad where universal threats are ascribed to vague local grievances.

If diplomacy is the only answer, then new strategy is required there too. Here two attack vectors recommend themselves; abandon the "two-state" chimera in the Mideast and engage, dare we say confront, the Arab League and the Organization of Islamic Cooperation (OIC).

The burden for killing autocrats or defeating Islamist "insurgency" needs to be shifted to the faithful, that celebrated "moderate" Muslim majority, the citizens of the Arab league and the OIC. God knows the US Department of Defense sells Muslim autocrats enough firepower to police zealots.

The question that futurists need to ask is; why are American and European infidels obliged to make the world safe for Islam when only Muslims can save the Ummah from itself? Answer that question; then worry about the reform of inert military doctrine and fanciful national strategy.

And as a practical matter, any policy reform would require regime change in America: at Intelligence, at Defense, and at the White House.

G. Murphy Donovan is a former military intelligence officer who writes occasionally about the politics of national security.