Warning: mysqli_free_result() expects parameter 1 to be mysqli_result, bool given in /var/www/html/americanthinker/admin/common/functions/func.general.php on line 126
 The Blue and White Badge of Courage - American Thinker
|

The Blue and White Badge of Courage

Examples of courage, the willingness to stand up and speak or act against maliciousness bigotry and venomous prejudice, are all too rare in contemporary society. It was therefore heartening and gratifying to see a dramatic exhibition of it shown on October 14, 2013, during a debate at the Oxford [University] Union, on the part of a young student who confronted George Galloway, the controversial and abrasive Member of Parliament well known for his relentless tirades against Israel. After Galloway had ended an hour-long speech in the debate at the Union, the student, a second-year undergraduate at Brasenose College named Jonathan Hunter, speaking first in Hebrew and then in English, took the floor during the question and answer session, and reprimanded Galloway for his previous behavior during another debate at Oxford.

Hunter's courage is even more remarkable in that Galloway, who has been a member of the House of Commons for most years since 1987, is a formidable debater, using combative, blustering, and colorful rhetoric. His verbal skills were recognized by the Spectator magazine in London in 2002 when it identified him as the debater of the year.
The context of Hunter's remarks was related to a debate earlier this year on February 20, 2013 at Christ Church College, Oxford, where Galloway was due to speak in favor of the motion, "Israel should withdraw immediately from the West Bank." However, after learning that his opponent who had begun to speak in the debate was a third-year student, Eylon Aslan-Levy, who has joint British and Israeli citizenship Galloway disgraced himself by storming out of the hall declaring, "I don't recognize Israel and I don't debate with Israelis. I've been misled, sorry." At the start of the October debate, Galloway, compounding his earlier boorish behavior, asked if Aslan-Levy was in the room, referring to him as "a hapless young fellow." 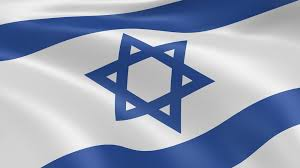 Hunter with great courage and with passion rebuked Galloway saying, "I think you did a lot of harm by not speaking to my friend Eylon, and not having a constructive dialogue with him." Hunter then unfurled the blue and white Israeli flag he had kept under his sweater, and ironically turning Galloway's own words against him said he did not have a question for him because "I do not debate with racists." Galloway in an earlier answer to a question whether he considered himself a racist replied that it was the "racist ideology" of Zionism that should be labeled in this way.

Galloway, sometimes referred to as "Gorgeous George," because of his permanent tan and his sharp suits, has made no secret of his condemnations of Israel and his criticism of the United States in the course of his checkered political career. After a number of years as an MP representing the Labour Party he was expelled in 2004 for his differences with the leadership of the party for his views on the Iraq War. He then formed his own party, the Respect Party, winning a by-election in 2004 in the London constituency of Bethnal Green, in which more than 40 per cent of the population is Muslim. He now represents the Yorkshire constituency of Bradford West in which 38 per cent are Muslim. Galloway himself has been married four times, three times to Muslim women, and it is uncertain, though he denies it, whether he has converted to Islam. At his last wedding he had a nikah, a Muslim marriage ceremony, though a non-Muslim man cannot marry a Muslim woman in such a ceremony under Islamic law.

Galloway's fulminations against Western policies as well as Israel, and his friendly remarks about Arab dictators, have gone on for some years. In 1994 he visited Iraq twice, meeting with Tariq Aziz, deputy prime minister, and spoke kindly to Saddam Hussein with the words "I salute your courage, your strength, your indefatigability, and I want you to know that we are with you." In similar fashion in 2005, Galloway was "very impressed by Bashar al-Assad's knowledge, his sharpness, his flexible mind... Syria is lucky to have him as her president." In contrast in April 2013, he has called Ed Miliband, the leader of the Labour Party, who happens to be Jewish, "an unprincipled coward with the backbone of an amoeba."

More recently, in August 2013, he denied that the Assad regime had used chemical weapons against its population. Rather, his "theory" was that Israel had supplied al-Qaeda with chemical weapons to use against Assad. Even in fantasy land, or anywhere in the realm of the possible, it is difficult to believe in his "theory" of the existence of an alliance between the State of Israel and al-Qaeda.

Galloway has been equally silly on other issues. In a debate at Oxford in 2012 he defended Julian Assange, the founder of WikiLeaks, who is still wanted by Swedish police for questioning on allegations of rape, sexual molestation, and unlawful coercion regarding two women in Stockholm in August 2010. Galloway argued that Assange's actions against the women in Sweden did not amount to rape.

Galloway, however, has been more concerned with supporting opponents of Israel than with details of sex in Sweden. In a rally in London in 2005 at a time when Israel was responding to attacks from Lebanon, he declared, "I am here to glorify the Lebanese resistance, Hizb'allah. I am here to glorify the leader Sheikh Hassan Nasrullah." He states that Hizb'allah has never been a terrorist organization. Galloway did however support the invasion into Lebanon by Syria whose troops were there "to maintain stability and protect the country from Israel." Contrary to all evidence which shows that Syria was responsible for the crime, Galloway accused Israel of the assassination in Beirut on February 14, 2005 of Rafiq Al-Hariri, the former Lebanese prime minister.

It is the State of Israel that has been the main target of his bombastic utterances. Galloway has claimed he is not anti-Semitic, declaring on November 27, 2012 "We do not hate Jews." Whether true or not he continued, "We hate Zionism, we hate Israel, we hate murder and injustice." Galloway is not renowned for his knowledge of Jewish law, but he was certain that "Israel blasphemes against the Torah by calling itself a Jewish state." Zionism was a "blasphemy against Judaism and God."

Galloway's usual manner of speaking is to express himself strongly, often in hectoring fashion. His message about Israel is clear: "no recognition, no normalization. Just boycott, divestment and sanctions, until the apartheid state is defeated. I never debate with Israelis nor speak to their media. If they want to speak about Palestine -- the address is the PLO."

It is pathetic that a British politician, a member of the House of Commons for so many years should not only show such unremitting hatred for the State of Israel but even refuse to discuss complex issues in a rational manner. The young man Jonathan Hunter must be admired as a modern-day profile in courage. One can only hope that others will follow his example and confront in similar fashion and skill the ignorant bigotry expressed by haters of Israel.

Michael Curtis is author of Jews, Antisemitism, and the Middle East.