Jack Cashill's If I Had a Son

The definitive account of the conspiracy to send George Zimmerman to prison for the self-defense shooting of Trayvon Martin is reaching bookstores today. Jack Cashill's If I had a Son: Race, Guns, and the Railroading of George Zimmerman is a must-read for anyone interested in race, justice and the corruption of the American mass media. You may think you know everything you need to know about the case, if you followed it as avidly as many American Thinker readers (and editors) did. But you would be wrong. This masterful and very readable narrative not only assembles and places into context the reported facts, it explains why the case developed as it did. 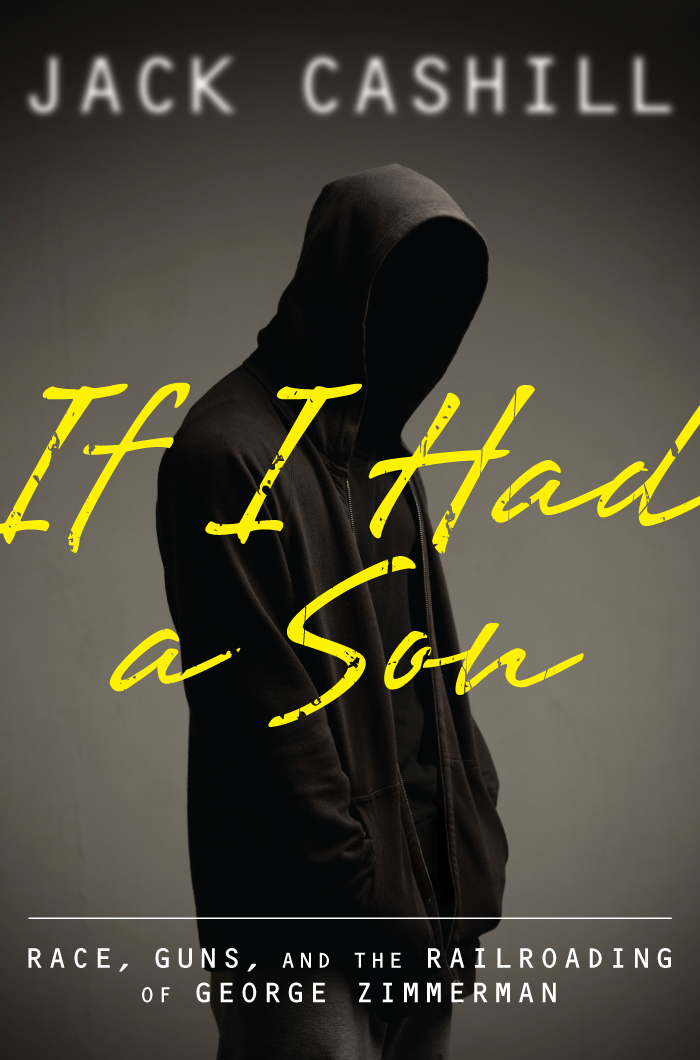 At the heart of the effort to inject race into a case that was self-evidently a matter of self defense to the police and prosecutors who in initially investigated is what Cashill labels the Black Grievance Industry, or BGI. Benjamin Crump, a black Tallahhassee attorney who had gained fame and fortune suing on behalf of blacks claiming racial victimization was brought in early by Tracy Martin, Trayvon's father, through personal contacts. Crump assembled what Cashill termed "Team Trayvon," including Sanford attorney Natalie Jackson and an Orlando-based media strategist, Ryan Julison. They served as chief strategists, manufacturing memes. They were aided and abetted by key media outlets, from the Orlando Sentinel, which at first reported in a straightforward manner for a local readership and then ran into the BGI, to The New York Times and especially ABC News, which assisted the BGI and Team Trayvon in manufacturing a false narrative, betraying both their journalistic responsibilities and the cause of justice. Inevitably, Al Sharpton quickly leapt into the fray, followed by Jesse Jackson, fearful of being cut out.

There are villains aplenty, and Cashill not only names names, he documents and explains the outrages that were perpetrated on a gullible public. The local, state, and federal governments also behaved shamefully, offering up a Hispanic civil rights activist as a sacrificial lamb to appease the BGI. In detail, Cashill insightfully analyzes their behavior, helping the reader understand how they came to betray their obligation to serve justice.

There are also heroes, a few in the mass media and government, honorable individuals who took their responsibilities seriously, sometimes at the cost of their careers. The defense team, outnumbered, outfinanced, and facing a hostile media, come across vividly, albeit now showily. Due to their efforts, an innocent man escaped being railroaded by the most powerful entities in the country.

But the most surprising heroes comprise a group of 8 previously unheralded bloggers, working at the website Conservative Treehouse, who made history.  Although they scrupulously avoided any contact with the defense team, their work, relentlessly exploring and testing information related to the case, freely available online to anyone, provided invaluable support to the defense. Cashill believes that they may have made the difference in Zimmerman's acquittal. The prosecution, despite having the resources of the state of Florida at its disposal, did not have an outside group X-raying information, and utilizing open source investigating techniques, dedicated to uncovering the truth.

The Treepers, as they are known, have ushered in a new era in not just the media coverage of important trials, but in the conduct of such trials. Historians of media and legal historians would do well to read this book and grasp the fact that the internet and citizen journalists have created a new era of justice.

Jack Cashill is not only a master storyteller, he is one of the most insightful analysts of race in contemporary America. He is also a witty man, and the book, despite its grim subject matter, will make you laugh in places.

If I Had a Son is an important work that deserves a large audience. If you have friends or relatives who fell for the media narrative and believe George Zimmerman gunned down an innocent child because he thought a hoodie on a black boy indicated a criminal, this book would make an ideal Christmas present. It will open their eyes, and maybe their minds. Or, if you care about justice, worry about race relations and want to understand what happened to George Zimmerman, you should give this book to yourself.