The Hegelian Dialectic: the True Culprit

For at least 5,000 years there has been no agreement on how best to resolve disputes over who should get what, when, and how. Some favor the adversarial approach that ends in a definitive outcome, but others are willing to agree to disagree while living with diverse opinions. The Hegelian Dialectic is a method of resolving disagreement in which some proposition (thesis) is opposed by another proposition (antithesis) with a resolution by a higher-level proposition (synthesis). This is how most lawyers, politicians, and academics think disagreements should be resolved. It is how those who favor authoritarian regimes think policy should be determined.

Yet those who favor the decentralization of political power oppose the adversarial approach. They want individuals and groups to have the greatest possible freedom and for decisions to be made in accordance with many different customs and traditions. They reject the Hegelian Dialectic in favor of an approach that is equally old: self-regulated equilibrium that does not end in agreement. This allows those of firm principles to accept and respect each other. This approach has many names: for the Chinese it is Yin-Yang, for Aristotle it was the Golden Mean, for the Founders of the USA it was checks and balances, in physics it is a stable state, and in management science theory it is homeostatic equilibrium. Its most descriptive name is Stability through Equilibrium (StE). 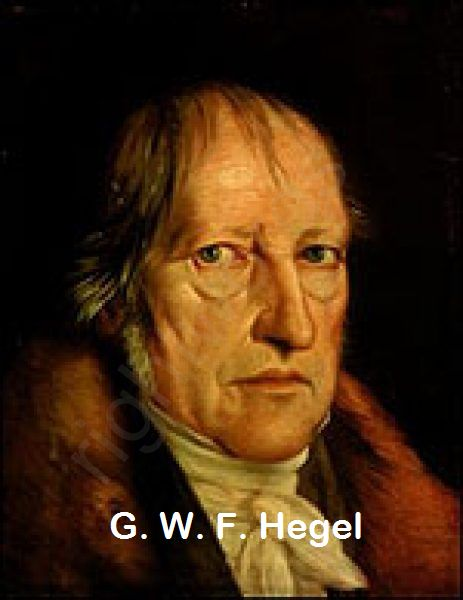 Since the 1960s, Hegel's views have been the foundation of postmodern thought, utilized by progressives in pursuit of a nonjudgmental, egalitarian, nondiscriminatory Utopia, in which disagreements are resolved by discussion, compromise, rules, and laws. Postmodernism has pushed aside much of modernism as it evolved in Western Culture to replace chaos with a climate of order and satisfaction. Postmodernism attempts to deconstruct the concepts, institutions, roles, rules, and standards associated with traditional Western Culture. It claims that objectivity is an illusion (created by "dead, white men" since 1500) established to maintain patriarchal societies and to oppress females, the disadvantaged, and "others". Using the Hegelian Dialectic, postmodernism attempts to transform Western Culture by modifying the roles, customs, traditions, and behaviors that were accepted as proper, good, and right prior to the 1960s.

The Affordable Care Act, popularly known as ObamaCare, was the cause of the dispute regarding the $16.7 trillion debt ceiling that led to a partial governmental shutdown. President Obama used congressional failure to raise the debt ceiling as a way to demonize Republicans in general, and Senator Cruz specifically, for failure to "set aside their partisan concerns in order to do what's right for the country". With the votes in the Senate, the use of his executive power, and a refusal to compromise, the president was able to continue to march forward with ObamaCare even as problems were increasingly obvious. The Hegelian Dialectic, and the political elite protecting its own interests at the expense of national interests, made Cruz's valiant effort unrealistic. He could only highlight the goal of the postmodernists to centralize power and Obama's pettiness and dishonesty -- but Cruz and his allies did not have the votes to derail ObamaCare.

The effort by Cruz and millions of Americans seeking smaller government, less taxes, and financial responsibility were actually defeated by the Republicans of the political elite who wanted decisions made in accordance with elections and the Hegelian Dialectic. If all Republicans had stood with Cruz the progressives would have had to make greater concessions. However, when they started to attack Cruz's "tactics" it emboldened the Democrats, since they knew that expectations of compromise, to achieve a specific agreement, would give them a win. They knew that the media would turn Cruz into an extremist, rather than a man standing up for the more difficult right rather than the easier wrong. Why did the weak, compromising Republicans attack Cruz? Perhaps they only understood the adversarial approach. Perhaps, as members of the political elite, they wanted to keep power centralized so they could participate in determining who gets what, when, and how. Perhaps they wanted to retain control of the Republican Party.

Stability through Equilibrium (StE) is an approach to decision-making that promotes the small, adaptive, fast, flexible, and self-reliant. It requires freedom, personal responsibility, choice, civic virtue, and excellence. On the other hand, the adversarial approach results in a specific solution, a single standard, bureaucracy, dependency, and behavior controlled by rules, regulations, and laws.