Warning: mysqli_free_result() expects parameter 1 to be mysqli_result, bool given in /var/www/html/americanthinker/admin/common/functions/func.general.php on line 126
 Failing to Build Keystone Pipeline is Criminal Negligence - American Thinker
|

An eyewitness noted when thirteen railroad tanker cars carrying propane and crude oil across Alberta, Canada exploded after derailing early on October 20th, "the fireball was so big, it shot across both lanes of the Yellowhead (Highway)... there's fire on both sides." Only two Canadian National Railway workers were injured and no deaths have been reported in this latest "pipeline on rails" calamity, but the horrific accident comes just 3 months after a similar oil train disaster in a populated area took 47 lives in Lac-Megantic, Quebec. It is too early to determine the cause of the latest accident, although Canadian investigators believe the Quebec carnage appears to be due to the train operator's criminal negligence. But the real criminal negligence is that oil from fracking operations in booming North Dakota must be shipped by trains over a thousand mile to refiners in Nova Scotia, because U.S. regulators and their crony allies have fought building pipelines in order to protect and subsidize the profits of railroads, such as the Burlington Northern Railway Company that controls half the business. Given the huge risks of catastrophic loss of life and property, the Obama Administration will soon be under greater pressure to approve the Keystone XL Pipeline.

Every day, an average of ten trains with up to 100 tank-cars leave North Dakota carrying 3.35 million gallons of raw crude oil to journey over a thousand miles to refineries in Nova Scotia and Texas. Railroads carry 75% of North Dakota oil and are the prime reason oil hauled by tank cars in the U.S. rose over the last three years by 2,000% to a total of 6.5 billion gallons. Berkshire Hathaway's CEO, Warren Buffet, announced that profits jumped 7.8% to $2.37 billion on strong railroad profits at their Burlington Northern subsidiary.

Railroads are designed to transport freight where people are, whereas pipelines carry toxic products and go to refineries that are specifically located at safe distances away from populated areas. Some media stories have repeated public relations statements from the oil industry that they prefer a mix of pipeline and rail transport of crude oil. But only good fortune prevented the Alberta "pipeline on wheels" accident from killing thousands and costing tens of millions in damages in a metropolitan area.

Railroads claimed to average only thirteen spills per year for the last ten years, but 60% of oil shipments by rail were in the last two years. There have been many serious oil train derailments this year. In June, four Canadian Pacific (CP) rail cars carrying flammable petrochemicals used to dilute oil derailed on a flood-damaged bridge spanning Calgary's Bow River. In May, five tankers containing oil on another CP train derailed in rural Saskatchewan spilling 575 barrels of crude, the Toronto Sun reported. In April, 22 CP rail cars jumped the tracks near White River, Ontario and leaked 17,000 gallons of crude. In March, 14 cars on a mile-long train derailed spilled 14,000 gallons of crude near Minneapolis.

The fallout from the Quebec disaster was expected to begin having a negative impact on growth of moving petroleum by freight trains, which was on trend to double this year from 2012. After the accident, Moody's credit rating service warned: "The Quebec derailment -- likely North America's worst rail accident since 1918 -- will inevitably lead to increased US and Canadian government scrutiny and permitting delays, along with higher costs for shippers," the credit rating agency said in a note Wednesday. Moody's revised its ratings to "credit negative" for North American railways, which have relied on the boon in moving crude by rail to offset declines in coal shipments, it added. 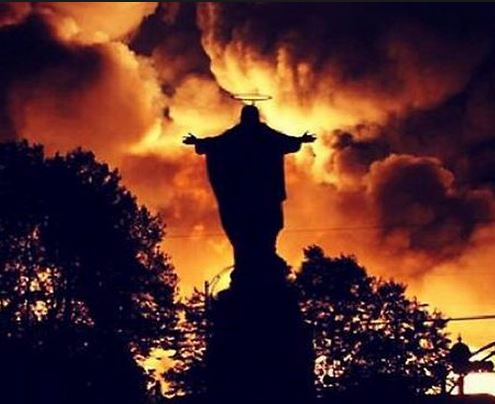 Canadian Prime Minister Stephen Harper described the aftermath of the Lac-Megantic disaster as a "war zone. Investigators believe the likely air brake failure allowed the train normally creeping downhill at 15 miles per hour to accelerate to 63 miles an hour and vaporize the little country town when it crashed and exploded.

But while Montreal, Maine & Atlantic Railway (MM&A) Chairman Ed Burkhardt said his company would do "everything within its capacity" to aid in environmental remediation as the train's operator, both the U.S. and Canadian branches of the railway filed for bankruptcy protection. According to Maine District U.S. Bankruptcy Court documents, MM&A's U.S. arm only has between $50 million and $100 million in assets.

The Lac-Megantic cleanup costs are estimated to be over $100 million and there is potential for hundreds of millions of dollars more in personal injury lawsuits. MM&A has no capacity to foot the entire bill for the disaster. The company carried multi-million dollar liability insurance with XL Group PLC before the crash. XL Group immediately deployed representatives to the scene after the Quebec derailment. If the insurer can demonstrate negligence by the railroad operator, they will deny the claim.

America in 1970 had 315 refineries sprinkled across the nation and the U.S. imported 72 million gallons of crude oil per day, but by 2006 environmental restrictions had shrunk America's number of refineries to 105 and we were importing 587 million gallons per day. In percentage terms of U.S. supply, imports grew from 20% to 65%. In 2006, almost a third of U.S. total supply of oil was imported from the unstable Persian Gulf.

Since the beginning of 2006, the drilling process known as hydraulic fracking has made commercially profitable petroleum deposits that were historically too costly to exploit. North Dakota Bakken production has grown from about 220,000 gallons a day to 46.5 million gallons today. Wayde Schafer of the Sierra Club that had been predicting U.S. oil and gas production peaked in the 1980s and was in terminal decline said: "The oil development has happened so rapidly, it's ahead of the infrastructure to deal with it."

Pipelines are the safest and most cost-effective transport for crude oil. Legislative and regulatory veto of projects like the Keystone XL pipeline pushed oil shipments onto to the more dicey rails. Rapidly expansion of shale oil and natural gas production is making American "energy independence" a reality. I believe Congress and the Administration now know they are morally just as criminally negligent as the train operators if they do not ensure public safety by green-lighting up to $5 trillion in new domestic pipeline and refinery capital investment.