Warning: mysqli_free_result() expects parameter 1 to be mysqli_result, bool given in /var/www/html/americanthinker/admin/common/functions/func.general.php on line 126
 Can We Finally Stop Pretending? - American Thinker
|

Can We Finally Stop Pretending?

Every day, it seems, more people who have been screaming their hatred for those who predicted all we see coming true are admitting what we have known all along. The president is incapable of telling a truth, and what conservatives have been predicting for three years about ObamaCare has been entirely correct. Indeed, we haven't seen anything close to the worst of what is to come, since the system hasn't even begun to function in its utmost state of disarray and confusion. We've seen a website and estimates of premium and deductible figures which have been panic-inducing all on their own. There is not one single fact about this monstrosity that has been truly presented by the president, and his law, its destruction of lives and fortunes, and the pattern of fraud that have accompanied it rest solely and squarely on the Democratic Party. They did this to the United States of America and they did it on purpose.

The left has fought the factual arguments of their opponents with screaming accusations, smears, slanders, and character assassination, with the hysterical label of "racist" trumping all others. It has become reflexive, and thus almost meaningless in its lack of substance, but not entirely so. It bespeaks a psychosis that infects every response of the left to facts, experience, knowledge, and hard-earned wisdom. The finger pointing has been calculated and malicious. And it has been sadly effective with the indoctrinated. Many on the left actually believe that reasoned, factual opposition to policies founded on lies is motivated by racism, rather than what such policies have done and are doing to those who have the courage to speak out against them.

In truth, conservatives care little about race, other than in its use as a weapon by the left. Conservatives embraced Dr. King's message from the outset, at the same time that liberals were setting up a grievance system designed to pollute and exploit it. Conservatives care about policies, not skin color. Opposition to ObamaCare was never about bigotry or hatred. It was about logic, and foresight, and reaching self-evident conclusions. It was about the truth. So mentally conditioned to acceptance of the smear has the left become, however, that they are entirely unprepared to coherently explain what is now unfolding before their eyes. 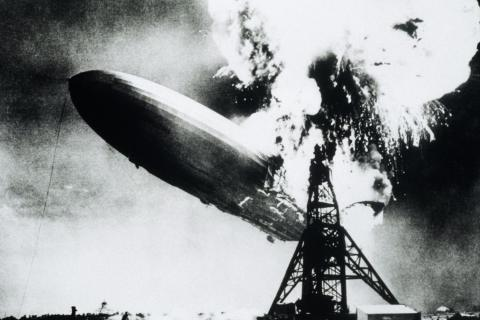 For those on the left who seem befuddled by the train wreck that is ObamaCare, perhaps some introspection is in order. The political lynching of conservatives for the last five years has been an unmitigated lie. Everything conservatives predicted is coming to pass. Every truth they told is playing out publicly. The serial prevaricator who is our president has finally been exposed in ways that even his staunchest spinners cannot spin. The crashed $643 million dollar website, the skyrocketing premiums, the job losses, the dropping of plans by insurers, all of it is out there now regardless of the president's skin color, which was never the issue except to the extent that it has protected him from responsibility for what he has purposefully done, even to his supporters.

So, can we finally stop pretending that the left has a positive plan for the United States? Can we stop pretending that the president meant to do anything other than destroy a system he has hated since his socialist-influenced youth? Can we dispense with the unhinged rants about dog whistles and face up to the fact that conservatives have been right about this all along? Can we finally openly discuss that the left's own hatred and bigotry are largely to blame for where we are now, not just regarding ObamaCare? They have protected, helped and worshiped an illusion, with pure malice toward those who have loved and fought for this country, and are entirely complicit in the damage now being done to every fiber of our nation. They have intentionally derailed reasoned opposition to purposefully detrimental policies, and have exploited hatred and bigotry to do it. Their own hatred, now so clearly shown to be unfounded, doesn't just inform the left with regard to health care, or opposition thereto. It informs everything the left does, every position they take, every feeling they have. It is their malignant security blanket.

For decades, every time we have faced serious issues as a country, the outcome has had more to do with liberals' hatred of their opponents and traditional American values than with solving problems constructively. Before so immediate and punitive a mess as has been the implementation of ObamaCare, we have been without a single, irrefutable teaching device with which to demonstrate the utter malice that is all of progressivism and liberalism, or what it portends for the future of every citizen of our country. We can argue reasoned predictions and logic until the cows come home, but nothing is as personal as a direct assault on those who have loyally bought and perpetuated the lies through their well-conditioned hatred and bigotry of those who, shockingly, were actually correct.

We now have a teachable moment. A window has opened for many who have been lifelong Democrats to see what they have been suckered into doing to themselves and their fellow citizens, and for whom. Perhaps they possess enough remnants of objectivity, and a long enough memory, to recognize in hindsight the purposeful falsity of the vicious and very personal attacks they saw, and possibly cheered, from their own party representatives during the recent government shutdown, and for years before that. Maybe there is enough intellectual honesty left in some of them to finally understand the extent to which they are misled, misinformed, manipulated, and misrepresented by those who pretend to stand for anything constructive or beneficial to their country or its future. The very same people angrily uttering those lies proudly voted to impose ObamaCare upon them, along with financial hardship and the loss of health insurance. Pathological liars are not especially selective. They lie about everything to everyone.

Can we finally stop pretending that they are not also lying to us about everything else? Can we stop pretending they are not lying to us about guns, and abortion, and voter fraud, and voter ID laws, and taxes, and the economy, and the environment, and education, and energy, and job creation, and national security, and international relations, and Islam, and their assault on Christianity, and amnesty, and entitlements, and stimulus, and recovery, and Fast and Furious, and Benghazi, and the IRS scandal, and a war on women, and our borders, and domestic surveillance, and weakening us militarily, and their supposed loyalty as Americans, and their phony patriotism, and American Exceptionalism, and our history, and our national character, and the historical good our country has done, and what they really have planned for us, and what we will achieve when we are out from under the heel of burgeoning socialism and despotism?

And yes, can we finally stop pretending that we are a racist country? Can we stop pretending that perceived racial problems don't derive from Americans who profit from oppressing and discouraging other Americans, and that the profiteers don't share the same party affiliation, and often the same skin color, as the "oppressed"? Can we stop pretending that the American left is not irrationally bound and determined to remake our country into a cesspool of misery and failure allegedly out of some demented sense of fairness, to be ruled over by those who seek only to control, rather than improve the lot of the people they are supposed to raise up?

When that light finally comes on, let us not miss the opportunity to drive home what conservatives have always known. We cannot emerge from this darkness and achieve our full potential as a nation until we stop pretending that everything we are told by the left is not a lie.