Warning: mysqli_free_result() expects parameter 1 to be mysqli_result, bool given in /var/www/html/americanthinker/admin/common/functions/func.general.php on line 126
 Why Obama is Floundering - American Thinker
|

Why Obama is Floundering

The sheer ineptitude of President Obama's handling of his Syria red line has made jaws drop all across the political spectrum. The man who garnered so much admiration for his oratorical brilliance, personal charm, and political genius has managed to make matters worse with every step he has taken.  This dramatic and historic collapse demands explanation. 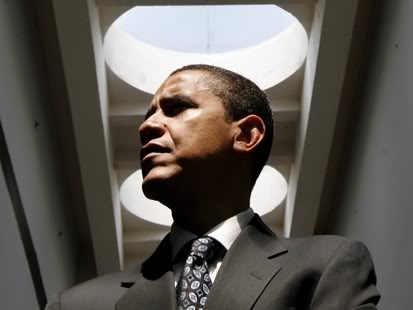 expectations stoked by his media allies, who once called him a "lightworker" and "almost a god." But then again, when you promise to stem the rise of the oceans, you are auto-inflating a myth that cannot be sustained. He is thus both the victim and perpetrator of unrealistic expectations.

But to be frank, unrealistic expectations have nothing to do with his Syrian predicament. His behavior has been well below minimal expectations of a president. With Russian warships assembling off Syria, his apparently off-the-cuff ultimatum is proving to be a historic blunder, not a matter of failing to be a superman.

Barack Obama now finds that the items in his toolbox that got him to the Oval Office no longer work. Take oratory, for example. Presidential speeches are, as Brit Hume observed on Fox News Sunday, a "depreciating asset" whose effectiveness diminishes with use. And in Obama's case, as Peggy Noonan pointed out, it is depreciating faster than most other presidents:

"I think every president in the intense media environment we have now, certainly every two-term president, gets to a point where the American people stop listening, stop leaning forward hungrily for information. I think this president got there earlier than most presidents. And I think he's in that time now."

In fact, so strong is the public aversion to more Obama windbaggery that when the president gave an exclusive interview with CNN's morning show New Day a couple of weeks ago, a mere 323,000 people -- one tenth of one percent of the population of the United States as noted by Noel Sheppard of Newsbusters -- tuned in. More than three times as many watched Fox and Friends.

But President Obama's address to the nation Tuesday night and his round of network anchor interviews today (snubbing MSNBC!) will be watched by a lot of Americans. Issues of war and peace have a way of focusing minds, though perhaps not Obama's when it comes to thinking through the implications of his words and deeds on the world stage. He is entirely unaccustomed to the notion that he cannot talk his way out of a problem, that he can't finesse those who oppose him with more words.

Throughout his rise to prominence, through elite schools and with no particular professional achievements other than rocketing through elective office to the presidency, Barack Obama has never had to face serious consequences for foolish utterances. He has been protected by his race; leftist actor Ed Asner recently admitted, "A lot of people don't want to feel anti-black by being opposed to Obama." This same sentiment no doubt existed throughout his journey through higher education as student and lecturer. I doubt anybody ever laid a glove on him intellectually, forcing him to defend himself in an academic 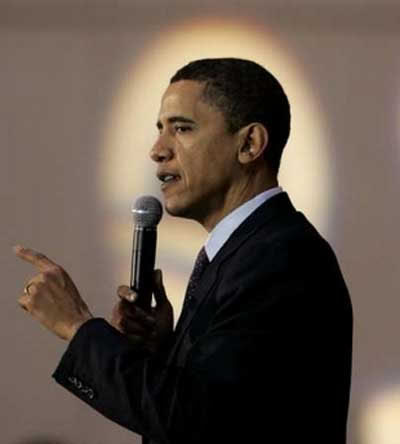 disagreement. To even the limited extent words ever have consequences in academia, Obama was able to check the résumé box of academic position at a prestigious university without ever actually defending a thesis, presenting or publishing an academic paper, or even engaging in faculty lounge discussions. He was a loner, outside the faculty social group at the University of Chicago.

In making his case for an act of war upon Syria and its allies, Obama has fastened on the concept of enforcing a norm, a term straight out of Sociology 101. Syria never signed the chemical warfare treaty, so "norm" is about the strongest term he can use. George Homans explained what a norm is in The Human Group, the classic study continuously in print since 1950:  "...norms are ideas. They are not behavior itself, but what people think behavior ought to be."  Norms exist only in the minds of members of a group; if they are written down, they become rules, laws, regulations, and other things, and are no longer norms.

But Homans points out that something can be a norm "only if the norm is followed by some punishment." That punishment is up to members of the group, and can vary from a cross look to acts of war, depending on the context. In other words, there's more than one way to enforce a norm.

It is understandable that Barack Obama might have warm and fuzzy feelings for norms as a means of social control. Throughout his life he has benefitted from norms concerning race. To merely criticize him has been to be called a racist by his supporters until fairly recently. His media supporters have enforced norms against investigating too closely into his past. Borne of collective guilt over the nation's past, these norms have served to advance Barack Obama's political career at warp speed. His empty résumé, full of titles and no actual accomplishments, was accepted with no questions asked.

But these norms are an American phenomenon. They don't apply to the group consisting of nation states, especially at the apex of that group's power and influence. In that society, slavish domestic media mean nothing. The members of the superpower (and wannabe)  club speak a language of power and they play for keeps.

Not only is Barack Obama unprepared for the responsibilities that lie on his shoulders, he has no experiential base to use as a referent. So he is flailing, while the danger mounts and damage to America deepens.