A review of Demonizing Israel and the Jews by Manfred Gerstenfeld, RVP Press, New York, 2013

In the six years 1939-1945, two thirds of Europe's  9 million Jews were executed by gunfire, starved to death, or incinerated in gas chambers during the Holocaust. While Nazi Germany was, of course the principal actor in this mass human slaughter, the Germans found many willing collaborators among the legions of Jew haters in countries they conquered, occupied, and recruited from for the slave labor and death camps.  For a few decades after the end of the war, in part due to guilt for their complicity or stance as bystanders to the carnage, many Western European nations were supportive of the new state of Israel, and made the public expression of anti-Semitism verboten.  Eastern European nations, in the orbit of the Soviet bloc, adopted the USSR's position on Israel, which turned sharply negative soon after Israeli independence. 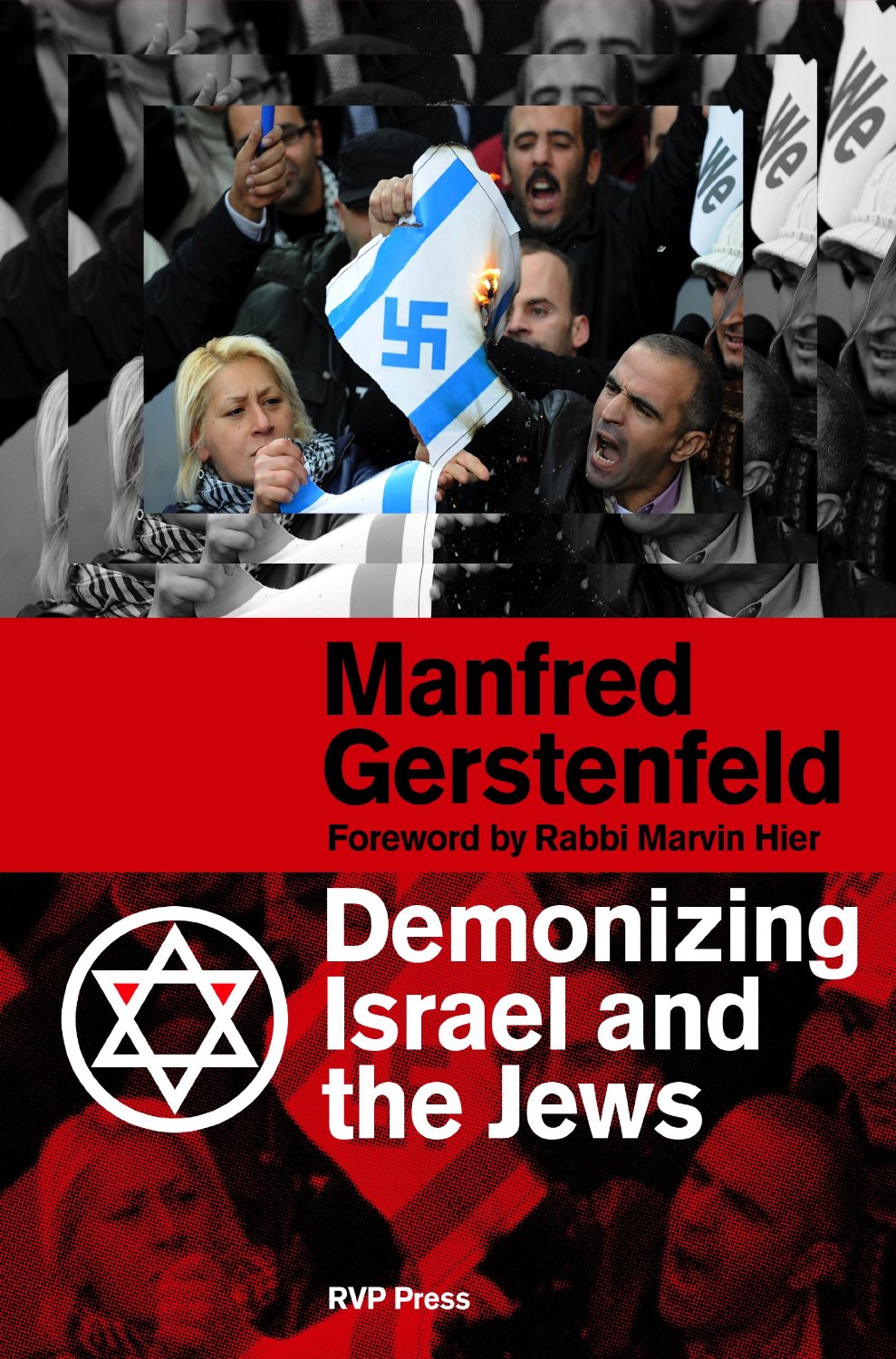 As Manfred Gerstenfeld, a scholar of Jewish communities in Europe and anti-Semitism  vividly portrays in this collection of 57 interviews with academics, politicians, and writers in Europe  and a few other places as well,  the brief time-out on thousands of years of anti-Semitism among Europeans has ended.  The end of any tilt towards Israel occurred even earlier, dating to the end of the 1967 war, when Israel was transformed in the eyes of the leftist elites from besieged victim to colonial occupier.  Some Europeans pay lip service to hating Israel, but also oppose anti-Semitism. But when you treat the one majority-Jewish state in the world differently than you treat all others and use the most vicious language at your disposal to condemn Israel, then you are singling it out not for its behavior, but for the makeup of its population.

Gerstenfeld's interviews include citizens of France, Germany, Italy, Great Britain, the Netherlands, Belgium, Switzerland, Norway, Sweden, Finland, the Czech Republic, Argentina, Egypt, and Libya.  Interviews were also conducted with analysts from Israel and America describing how anti-Semitism is flourishing in these places as a result of activities of various Christian churches, radical Islamists, left wing political parties (e.g. the Communists, the Greens, hard left socialist parties), some nativist right wing parties, the media (the BBC worst of all in due to its influence), NGOs, and international organizations, in particular the United Nations and its councils and committees.  All of these forces aligned against Israel, and in an increasingly visible way against Jews themselves , are aided and abetted by Israel-hating Jews and Israelis, who bask in the attention, financial support and worship by non-Jews whose hatred of Israel and Jews is legitimized by the self-loathing Jews.

One message that is repeated by writers from several European countries is that there is no future any more for Jews in their country, whether it be France, which has the largest Jewish community in Europe, and the third largest in the world (nearly half a million), or the much smaller communities in the Netherlands, Turkey,  and Switzerland.

Gerstenfeld's interviews reveal that in countries where Jews have had little presence historically and are hardly even visible anymore, the hatred of Israel and Jews is often extreme. Norway is a particularly troubling example.

As a result of the Germans' success in their Jew-killing effort, today over 80% of the world's Jews live in just two countries: Israel, where the Jewish community is growing rapidly, mainly due to natural growth, and the United States, where for 50 years Jewish numbers have been stable to slightly declining due to low birth rates and intermarriage.  Jewish numbers in Europe, the former population center of the Jewish world, have declined another 50% since the end of World War 2.  Jews are not even 1 of every 500 people on the planet today, while 75 years ago, they were 1% of the world's population, 5 times the current share.

In Europe, Jews are far outnumbered by Muslims and Arabs in every country.  These countries have welcomed the newcomers, a policy consistent with their liberal social policies and worship at the altar of multiculturalism, tolerance for the other, and diversity.  But the Europeans have largely failed to integrate their new members, so that they  not only learn the language of their new country but adopt its values.  The Moroccans in the Netherlands, and the Arabs in Malmo, Sweden can beat up and terrorize the few Jews in their midst,  but the authorities in these communities seem more  concerned with appeasing their angry hate-filled immigrant communities, than policing them or educating them in the values that led to their admission to the countries they now call home.   France has had a steady stream of emigrants to Israel (a greater number annually than make aliyah from the United States, with a Jewish community more than ten times as large), after several murderous attacks, the worst an attack on a Jewish school in Toulouse in 2012.

For leftists in Europe and their Muslim and Arab communities, there is sharp divergence on pretty much all public policy except one: that Israel is a horrible villain, the world's worst and most dangerous country, and is behaving today like the Nazis.  It is a country that deserves to die.  The Nazi analogy is not accidental, since it provides an opportunity for Europeans to argue that they have really learned the lessons of the Holocaust, and will oppose behavior today  by those who resemble the Nazis with their tactics and policies. It takes very little for the modern Europeans to cleanse their consciences for their nations' collaboration with or passivity during the mass murder in their midst last century.

To read Gerstenfeld's interviews is to come away thankful that I am a Jew living in the United States. To be sure, some of the same trends that have overtaken Europe are at work in the United States, where Israel is now viewed as a bad actor in academia, much of the media, and on the left in general, and where the current President is the least sympathetic to Israel of any President since Jimmy Carter, to whom he deserves comparison in many areas.

While threats exist, Jewish institutions in America are not armed camps guarded by visible security people; Jews do not have to hide their identity walking the street; the fastest growing Christian community in America, the Evangelicals, are very supportive of Israel, and most national and state political figures are still quite sympathetic to the Jewish state. But over time, these numbers will change here with rapid Muslim  and Arab population growth due to immigration policy,  and Jewish stasis in numbers.

The intellectual and media elites in America are becoming more influential, though not quite to the level in Europe, and hostility to Israel is one of their core beliefs.  Given the large majority support for Israel versus the Palestinian among Americans, the elites see themselves as leading the change that will make this nation's policies more like those of Europe, our social better.

Gerstenfeld's book is a signal of how ugly it has gotten across the pond for Jews and Israel supporters.  There may be no Jewish future in Europe, but in America, knowledge of how the world's oldest hate has come roaring back in Europe is a lesson on how it must be resisted in the one country that has truly been exceptional in this regard.

The most meaningful test today is support for Israel, not fighting alleged Klan members in Northern Idaho and fake hate crime perpetrators at Oberlin College.  Hatred of Israel has become the principal weapon for Jew haters abroad.  Friends of Israel have their work cut out for themselves there, and here as well.