Warning: mysqli_free_result() expects parameter 1 to be mysqli_result, bool given in /var/www/html/americanthinker/admin/common/functions/func.general.php on line 126
 The Dynamics of Tyranny - American Thinker
|

The Dynamics of Tyranny

Before George Orwell wrote 1984, there was Yevgeny Zamyatin's We. If you're not acquainted with Zamyatin's novel, you will find it an extraordinary study on the dynamics of tyranny.

Zamyatin, a Russian, wrote We around 1921. It was immediately banned by the Soviet censorship board, but was smuggled abroad. For many decades, copies of the book were extremely difficult to find.

After he heard about the existence of We, Orwell sought out the English translation for years, without success. By 1945 he managed to track down a French translation, which he read and reviewed in the January 4, 1946 issue of the London Tribune. (Warning: Orwell's review contains major spoilers for those who would like to read We as a novel of suspense.)

Orwell compared We to Aldous Huxley's Brave New World and speculated that Huxley's work "must be partly derived" from We (which Huxley later denied.) The two novels along with 1984 seem to form a classic triumvirate of 20th century dystopian literature.

Many of us brood that we're living in an emerging dystopia, similar to 1984. Political correctness generates Orwellian Newspeak. A news anchor trashes the existence of "private" families, claiming all children "belong to" the collective. A president is re-elected through a campaign that promotes with impunity an infographic that brazenly glorifies a policy of government meddling in our lives from womb to tomb. Surveillance and invasions of privacy proliferate. Journalists suppress news rather than report it. We have government by cult figure. Justifications for anxiety abound.

Yet Zamyatin's novel We offers perhaps an even more instructive picture than either 1984 or Brave New World about where we are headed. While 1984 and Brave New World serve as mirrors of today's political surrealism, We functions more as a microscope that magnifies in starker and deeper detail the gestation and inner workings of dystopia. 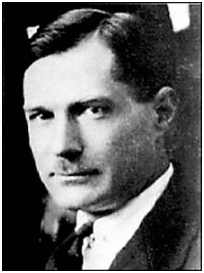 We occurs some 500 years hence. The world has gone through "the two hundred years war" from which 0.2 percent of the population survived after "the cleansing of thousand-year-old filth." What remains is an environmentally "glistening" earth in which the sky is an ever sterile blue and the "zero-point-two percent has tasted bliss in the ramparts of the One State," their faces "unclouded by the folly of thought."

We describes a society in the midst of being "perfected." Human beings are more equal than ever, overcoming their individualism and their "irrational" resistance to collectivist forces. They experience the "happinesss" of living in synchronicity within the Great Machine of "The One State," due to the generosity of their "Benefactor."

The One State has pondered: What exactly causes individuals to obstruct progress towards the perfect collectivist union? Answer: the human imagination. So its scientists have diligently sought out and identified the imagination's precise location in the brain. They're now able to surgically excise it.

So let's imagine (while we still can) that all citizens must undergo this operation. It's been mandated to promote enduring peace for the whole collective. How would you resist? According to the One State, only the "enemies of happiness" would cling to the survival of their imaginations. The imagination, you see, is a grave disease, as well as a fount of unpredictability that stunts progress for the collective. It also forces upon its victims the "burden of freedom."

Citizens in the novel are called "ciphers" or "unifs" and live thoroughly mechanized lives. No marriage. No "private children." No unauthorized or unrationed sexual activity. Such things were the unenlightened ways of the "the ancients."

"Guardians" -- police and informers -- enforce conformity and the political correctness that breeds compliance and silence. That's the mecahnism propping up the "Green Wall," which stands outside the confines of the One State and separates ciphers from all things not yet controlled and mechanized -- including birds, wildlands, and, of course, those few people with fully intact imaginations who think and act freely.

But all it takes to collapse the Green Wall is the contagion of freely spoken thought.

We's narrator is a mathematician by the name of D-503. He is essential to the government as the builder of "the Integral," a spacecraft with the mission of imposing the One State's way of life on all corners of the universe. Through D-503, Zamyatin names us his "unknown planetary readers of the future," and promises: "We will come to you, to make your life as divinely rational and exact as ours."

But D-503 senses something amiss, because he feels the vestiges of imagination in himself. He describes it as an irritant, like a foreign body in his brain. Among other things, it causes him to fall in love with I-330. She is a hot revolutionary who cracks jokes, drinks alcohol, and smokes -- all are criminal activities. Despite D-503's total allegiance to the One State, he cannot bring himself to turn I-330 in to the authorities. He's thoroughly smitten, which he hates. And yet . . . he loves . . .

D-503 narrates his 40 journal entries mechanically, often meandering into yearnings. He sees people as geometric shapes with specific traits -- all bright teeth or quivering gills or thick lips. This betrays D-503's awareness of the uniqueness of individuals and diverse roots, despite his claim that all ciphers are "identical."

D-503 and I-330 offer two divergent paths for humanity: one childish and one childlike.

When D-503 describes the influence of the Guardians, he feels as a toddler might, yearning to be carried and forever snuggled upon the shoulder of his Benefactor: "How pleasant it [is] to feel someone's vigilant eye lovingly protecting you from the slightest mistake, from the slightest misstep."

I-330 proposes another way, which is to stand on one's own two feet and look at the Truth through a child's eyes, unfiltered and curious. "Children are the only brave philosophers," she states. "And brave philosophers are, inevitably, children. And that's just it -- we must always think like children with their what-happens-nexts."

Indeed, Zamyatin himself warned -- in his essay "On Literature, Revolution, Entropy" -- that societies are forever in the midst of a guessing game about what happens next. The only bulwark against tyranny are people he dubs "heretics," those who can connect the dots and then display the picture to others.

Like children with healthy curiosities, heretics ask questions that are "so absurdly naïve and so frighteningly complex." They "recklessly burst into today from tomorrow," and tend to be exterminated for doing so. But, in the end, Zamyatin insists: "someone must speak heretically today about tomorrow" because "heretics are the only (bitter) remedy against the entropy of human thought."

Herein lies Zamyatin's enduring lesson for each of us: utopian models breed tyranny in which only complete obedience -- in thought, word and deed -- will do. A balance between individual rights and government is never an option in them. The OneState can only be sustained by a never-ending quest to wipe out any inkling of dissent -- usually through a combination of punishment, vilification, and mockery that instills the primal fear of isolation in any potential dissenter . We all know how the guardians of groupthink usher folks away from truth-tellers by employing labels such as "haters" or "tinfoil hats" or "bigots."

But the dirty little secret of the tyrant (a secret we may instinctively know but fear to act upon) is that tyrannies can withstand very little human resistance. Even one person's defiant expression of individuality and childlike truth-telling can create ripple effects that thwart the forces of totalitarianism.

The novel We stands alone as an inimitable tour de force. Such a story with its unique narration could only have been generated by Zamyatin himself, an old Bolshevik, known as an eccentric, who was horrified by the totalitarianism and brutality his Marxist activism had helped produce.

And now Zamyatin eerily haunts us from his grave, bidding us with this summons: Ask! As persistently and loudly as a child, ask this most heretical of questions: "What happens next?"