Warning: mysqli_free_result() expects parameter 1 to be mysqli_result, bool given in /var/www/html/americanthinker/admin/common/functions/func.general.php on line 126
 The Climate-Industrial Complex - American Thinker
|

Science, also known as big science, is government-supported science.  The temptation to influence policy and appropriations by manipulating scientific conclusions is irresistible. 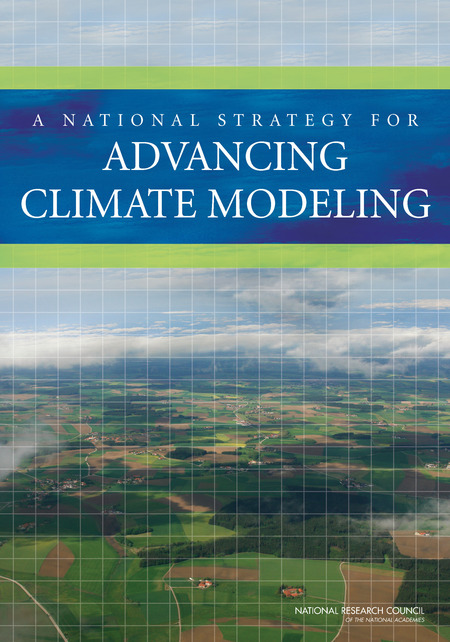 The National Academies of Science released in 2012 a 300-page report: A National Strategy for Advancing Climate Modeling.  The committee that authored the report was entirely composed of establishment climate scientists, mostly engaged in computer modeling of climate.  The report paints a glowing picture of climate models and suggests that near term climate forecasts are possible or will be possible in the future.

A more objective analysis is that climate models are severely troubled and not much progress is being made in spite of spending billions of dollars. It seems that the elephant in the room that the authors are dancing around is the possibility of consolidating the scattered climate modeling labs into a central facility.  Naturally, the separate bureaucratic empires will fight this with all their cunning.  Such a consolidation might save the government a fortune, a danger signal to the recipients of government largesse.  One argument they provide against consolidation is preserving scientific diversity.  Thus, the fact that the climate models from various labs give very different results, none of which track the Earth's climate very well, becomes a virtue rather than a sign that something is seriously wrong.

The National Academy of Sciences released a report in 2012 Research Universities and the Future of America.  Naturally the people responsible for the report were the foxes guarding the hen house, that is, university people.  The report modestly suggests doubling the flow of research money from the federal government.  Universities, especially research universities, promote a scheme of need-based "student aid" that is actually a program to milk the maximum amount of money from each customer.  Economists call this price discrimination and in some instances in other industries it is actually outlawed.  The objective is the get the maximum price that each customer (prospective student and parents) is willing to pay in order to maximize revenue.  This is disguised as altruistic student aid that helps people who have difficulty paying sky-high tuition.  The universities also benefit from the student loan program that encourages young students to take out huge loans that cannot be discharged in bankruptcy, thus setting the student up for a lifetime of indentured servitude.  In a just world, the universities would have to make good loans defaulted by their former students.  Of course the National Academy of Science couldn't care less about problems like these.  Its message, polished with an altruistic patina, is give us more money.

The American Geophysical Union has a well-organized lobbying effort, although they depict it as providing information to lawmakers.  They run a science policy conference in Washington, DC each year.  In 2013 the conference featured a workshop on how to lobby your congressman as well as visits to Capitol Hill to speak with lawmakers.

Former president Eisenhower gave a much quoted farewell address where he warned against the "acquisition of unwarranted influence" by the "military-industrial complex." He had something else to say that is less quoted:

"The prospect of domination of the nation's scholars by Federal employment, project allocations, and the power of money is ever present - and is gravely to be regarded."

Yet, in holding scientific research and discovery in respect, as we should, we must also be alert to the equal and opposite danger that public policy could itself become the captive of a scientific-technological elite."

Eisenhower's prophecy has come true.  By claiming we are threatened by disastrous global warming, many scholarly fields have greatly benefited, and whole industries have sprung up dependent on government funding and regulation.  There is plenty of pushback from individual scientists, but organized science sticks together and does its best to marginalize the critics

The climate-industrial complex includes commercial groups that benefit from federal subsidies, for example corn farmers, corn ethanol plants, wind equipment producers and wind farm promoters, solar energy companies, electric car companies, and many more rent seekers with lobbying offices in Washington.  The climate science establishment does not criticize "clean" energy companies promoting highly impracticable schemes, be it wind farms, solar installations or electric cars.  This is not because they don't know that these schemes are useless, even by the standards of true believers in global warming, but because they have no enemies in the global warming subsidy sphere.  They welcome allies in the climate-industrial complex, no matter how deficient in intellectual integrity, in the long march to fleece the taxpayer.

Political correctness has been with us, at least in the English speaking world, for a long time.  The essence is that certain ideas and thoughts are socially unacceptable.  If you utter these ideas or thoughts you risk becoming socially unacceptable.  For example, Lawrence Summers, when he was president of Harvard, suggested that one hypothesis to explore in explaining why women are underrepresented in math was that women might not be as good at it as men.  He lost his job soon after.  It is politically incorrect to say, for example, that there is a crime problem among young black men.  (It is also politically incorrect to refer to them as black.) Men are better, on average, at math than women and that there is a terrible crime problem among black male youth.  No debate or discussion is permitted on these topics in establishment circles.  This is a form of social bullying.  Certain types of speech became unacceptable and the self-appointed enforcers of political correctness will make trouble for you if you violate the norms.  This is enforcing social conformity through fear.  If you can't speak about black crime, it is not likely that any policy to improve the matter can be developed.   The victims of crimes committed by black youth are overwhelmingly black, so prohibiting discussion is not helping this minority community.

A similar thought control regime prevails in discussion of global warming.  The enforcers of climate correctness will attack anyone who gains traction in rebutting global warming dogma.  As a result, most of the people who question the science are skeptical outsiders, many of them citizen scientists rather than officially credentialed scientists with Ph.D's and salaried jobs at a university or laboratory.  The professional scientists, unless they are exceptionally courageous, keep quiet because they don't want to be run over by the enforcers of climate correctness.

Richard Lindzen, a pioneer in climate science and a professor at MIT, wrote about the politics of climate science in an essay Climate Science: Is it currently designed to answer questions?  Lindzen traces the history of government support of scientific research and describes how scientific seekers of government money adopted the promotion of fear as an incentive to open the floodgates of government money.  Some of the fears catalogued are fear of cancer, fear of the Soviet Union, fear of national decline, and others.  The fear of catastrophic climate change is working well for many scientists, and not just climate scientists.  Lindzen describes how activists gain influence and power in scientific organizations.  He suggests that when there is a conflict between models (i.e theory) and data, there is a great tendency in the community to change the data rather than revise the theory.  This can often be done by reexamining the data and adjusting the analysis methods.

My experience is that if Lindzen is mentioned to climate activists, they will generally question his competence or attribute ulterior motives, such as oil company money.  The website DeSmog Blog keeps lists of climate skeptics along with disparaging assertions about them.  In the case of Lindzen it is not possible to question his competence since he has a distinguished scientific record.  DeSmog Blog tries to discredit him using the guilt by association method.  For example they say he is associated with organizations that have taken money from fossil fuel companies.  This is hardly proof of guilt.  The American Geophysical Union, a strong supporter of global warming dogma, has also taken important contributions from Exxon-Mobil.

A famous such attack on a dissenter was directed at Bjorn Lomborg in the January, 2002, Scientific American.  Lomborg wrote a book, The Skeptical Environmentalist, that questioned much environmental dogma, including global warming dogma.  In a mystifying overreaction, the Scientific American devoted 11 pages to trashing Lomborg and his book.  Among the critics contributing to the attack, was John Holdren, now Obama's science advisor.  When Lomborg tried to answer the attack on his website the Scientific American at first threatened to sue him for copyright violation because he quoted text from the attacks.  In the end the campaign to destroy Lomborg failed and instead made Lomborg famous.

When scientific organizations endorse global warming catastrophe theory, remember that these organizations are really just fancied-up labor unions and their reports and statements are generally self-serving declarations disguised as objective analysis.  It is obviously foolish to ask scientific organizations to give objective advice concerning programs in which they are deeply self-interested.  The National Academy of Sciences says it mission is to give "... independent, objective advice to the nation on matters related to science and technology." The problem is obvious.  The government should seek out persons and organizations without a self-interest stake when asking for advice concerning science policy and science spending.

Norman Rogers is a volunteer Senior Policy Advisor for the Heartland Institute, a Midwestern think tank.  He writes often on global warming and maintains a website.