Our President from Another Planet

Not that I wasn't interested, but I always prefer to read the transcript of a speech, rather than risk being distracted by the speaker's histrionics. So that's exactly what I did, at least the version provided to the Washington Post by the White House.

My preference for reading the transcript, especially when the speech was delivered by Barack Obama, is that unless each sentence, each phrase, occasionally each word is examined, it leaves Obama what is graciously referred to as "wiggle room", allowing him to say, with a straight face, "I never said that" in the same way he said "I didn't draw a red line."

After getting past his "My fellow Americans..." preamble, he claims "we know the Assad regime was responsible" without referring to any evidence that he may or may not possess. He states:

"When dictators commit atrocities, they depend upon the world to look the other way until those horrifying pictures fade from memory." 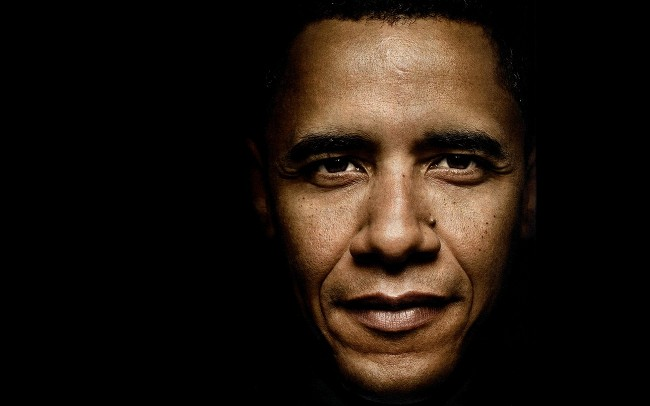 to support them, such as "It won't add one dime to the deficit" and the ever popular "If you like your doctor, you can keep him".

If any president in our history has been more dependent on hoping that atrocities "fade from memory", it is this one. Scandals such as Fast and Furious and Benghazi, the NSA's massive collection of the communications of Americans and the purposeful intimidation of conservative citizens by the Internal Revenue Service are all handled by this administration in the same way -- stonewall, delay, drag feet and wait for something else to distract the gullible public and the Congress. Hey, have you seen my new puppy?

Does this behavior, then, make Obama a dictator?

Obama also prattles on about "international law" frequently during his speech. It seems odd, to me anyway, that a purported professor of Constitutional Law, who is himself an attorney, fails to recognize that there is no international law. None.

There needs to be a recognized authority for any law. In the U.S., that means the Congress and the president acting in concert to pass a law (and survive any constitutional challenges) and a means of enforcing that law, with specific penalties to be exacted if compliance with the law is not forthcoming. No such authority for world-wide lawmaking exists. The United Nations can structure a treaty that multiple nations can sign on to, but they cannot promulgate any law that applies to every nation without their active consent.

Syria did not sign the 1993 Chemical Weapons Convention. Bit of an issue there, Barack.

Moving along a few paragraphs in the speech, he says:

"The purpose of this strike would be to deter Assad from using chemical weapons, to degrade his regime's ability to use them, and to make clear to the world that we will not tolerate their use.

That's my judgment as Commander-in-Chief. But I'm also the President of the world's oldest constitutional democracy. So even though I possess the authority to order military strikes, I believed it was right, in the absence of a direct or imminent threat to our security, to take this debate to Congress. I believe our democracy is stronger when the President acts with the support of Congress. And I believe that America acts more effectively abroad when we stand together.

This is especially true after a decade that put more and more war-making power in the hands of the President, and more and more burdens on the shoulders of our troops, while sidelining the people's representatives from the critical decisions about when we use force." [Emphasis added]

The war in Iraq followed votes in Congress that authorized action, and then funded that action. Congress, the "people's representatives", were certainly not sidelined. They might have been wrong, but they were not merely spectators in Iraq nor in Afghanistan.

As further evidence that Barack Obama sees himself as the Chief Executive of Fantasyland, he said:

"I don't think we should remove another dictator with force -- we learned from Iraq that doing so makes us responsible for all that comes next."

Mr. President, you removed a dictator with force from Libya. Wouldn't that make you responsible for the violent shambles of a post-Gaddafi Libya? Why choose Iraq as your exemplar? Is it just so you can avoid, once again, taking any responsibility for a foreign policy disaster? Apparently you decided that pulling all our troops out of Iraq was a great idea, since Iraq was clearly democratic, stable, and pro-American and in no need of a stabilizing influence. So the current chaos in Iraq is at least in part due to you spending "...four and a half years working to end wars..." I'm sure that the average Iraqi is eternally grateful for that.

In this speech, the president also asked Congress to put the brakes on any votes regarding an authorization to use military force in Syria. It would, I'm sure, be really embarrassing for him if Congress voted "No way!" after Putin tossed him a lifeline to cover his ineptitude in foreign affairs. First he would have dodged a bullet when Putin stepped in and then to have Congress pull the rug out from under him -- now that really would be embarrassing.
Finally, knowing that Obama would prefer everyone in the country to suffer from Attention Deficit Disorder, with serious long-term memory issues, he made the final pitch of this speech:

"America is not the world's policeman. Terrible things happen across the globe, and it is beyond our means to right every wrong. But when, with modest effort and risk, we can stop children from being gassed to death, and thereby make our own children safer over the long run, I believe we should act. That's what makes America different. That's what makes us exceptional. With humility, but with resolve, let us never lose sight of that essential truth." (Emphasis addied)

Just one more question, Mr. President. When exactly did it occur to you that America is exceptional? Was it when you realized that no other, equally exceptional, nation was willing to go along with your military adventure?

America really is exceptional, Mr. President. We have put up with you for four-and-a-half years. That alone gives us points toward being exceptional. Other nations might have had a rebellion, or a coup. Egypt comes to mind in that regard.

It would be wise for you to keep that exceptional label firmly in the front of your mind. You really don't want America to devolve into a nation no more exceptional than Egypt, would you?

Jim Yardley is a retired financial controller, a two-tour Vietnam veteran and writes frequently about political idiocy, business and economic idiocy and American cultural idiocy. Jim also blogs at http://jimyardley.wordpress.com/, and can be contacted directly at james.v.yardley@gmail.com