Warning: mysqli_free_result() expects parameter 1 to be mysqli_result, bool given in /var/www/html/americanthinker/admin/common/functions/func.general.php on line 126
 Obama, the First Lord of the Admiralty - American Thinker
|

Obama, the First Lord of the Admiralty

When at anchor here I ride,
My bosom swells with pride,
And I snap my fingers at a foeman's taunts;

But when the breezes blow,
I generally go below...

Of legal knowledge I acquired such a grip
That they took me into the partnership.
And that junior partnership, I ween,
Was the only ship that I ever had seen.
But that kind of ship so suited me,
That now I am the Ruler of the Queen's Navee!

Our entertainment tonight is the comic Commander who doesn't know a deep-water port from a riverbank, the Atlantic seaboard from the Gulf of Mexico, has never encountered a U.S. Navy corpsman, instead refers to one as a "corpseman", can't distinguish the living from the dead on Memorial Day, thinks a handshake is as good as a salute, uses a U.S. Marine as a personal valet in a rain shower, and who believes Hawaii is in Asia. 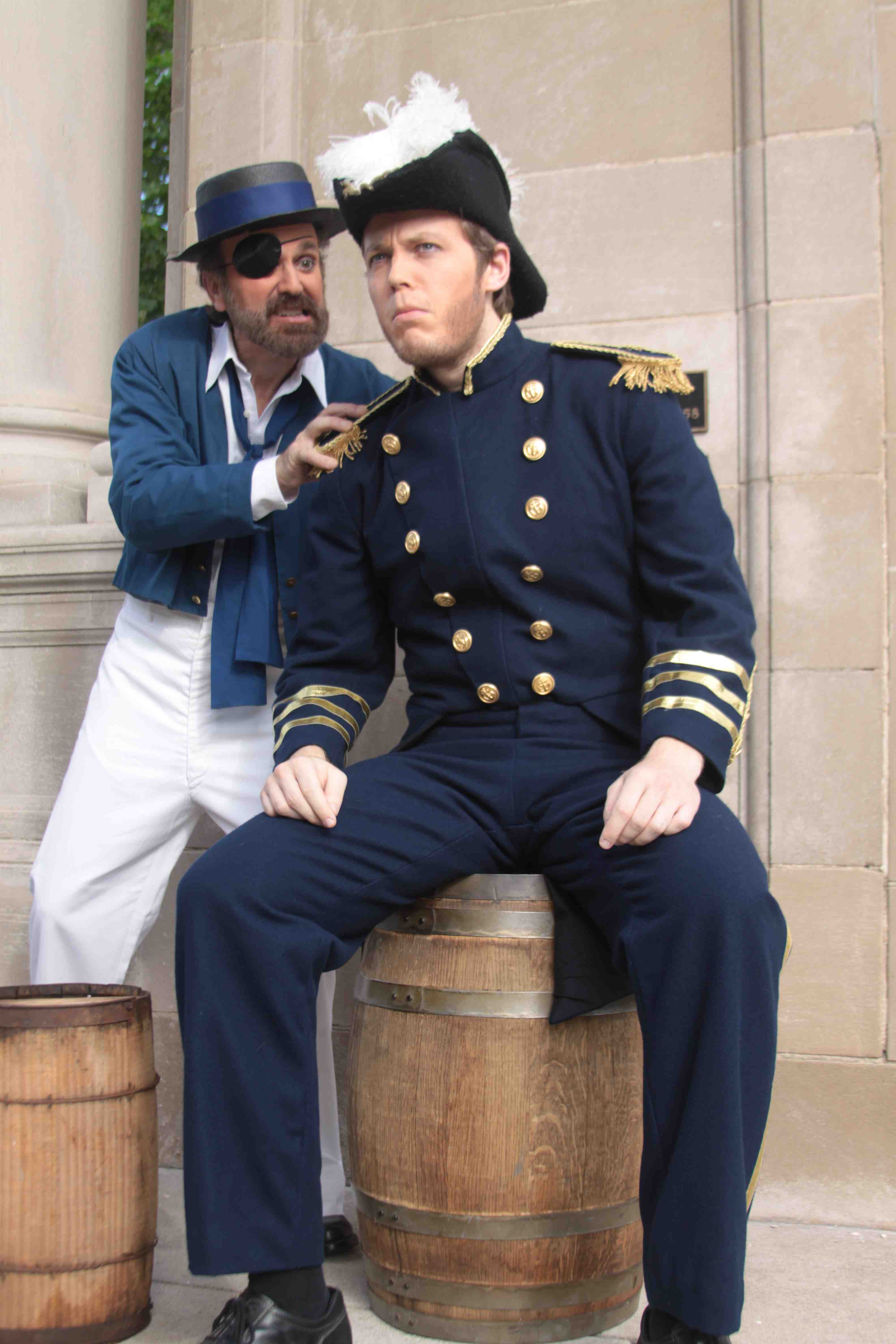 Obama casually dismisses the commander-in-chief duties under the Constitution, instead playing cards with his valets, and arranging daily golf outings surrounded by sycophants and Secret Service ball washers. Such an adolescent interpretation of the most powerful job on the planet is only interrupted by sybaritic campaign tours, as he yearns for adoration reserved for popes and men who walk on the moon.

Advocates for more limited government would normally cheer at the prospects of a part-time president, reluctant to enjoin in uncertain foreign ventures. A part-time president in the mold of Calvin Coolidge or even Dwight Eisenhower. And what's wrong with a president clearing brush at his ranch in California? Better than meddling in a civil war, choosing sides between a proxy state for Iran and Al Qaeda aligned insurgents.

Here we have president Obama, plunging us into a half-baked military adventure with incalculable risks, opposed by 70% of Americans. A war unwanted by the Pentagon, only provoked by Obama's team of amateur humanitarian ambassadors -- the likes of Susan Rice, Samantha Powers, and atrocities expert John Kerry -- whose selective outrage at the use of chemical weapons by unknowns in Syria marks the extent of Obama's event-driven foreign policy devoid of any meaningful enduring strategy. Meanwhile these same moralists-in-chief have been mute as Coptic Christians have been massacred and their churches firebombed by the Muslim Brotherhood in Egypt. 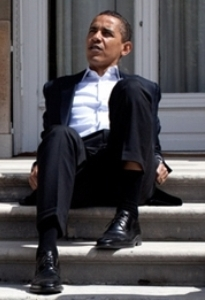 Here we have President Obama AWOL while the Benghazi consulate was bombed by terrorists. He then lied about its origin, and then consented to his administration's stonewalling of the Congressional investigation. He now expects us to grant him sweeping authority to launch strikes against Damascus, whose consequences -- most likely to be catastrophic for the region and unaffordable to us -- will lead to unpredictable retaliation from Assad, assisted by his patrons Iran and Russia, that we cannot control.

Why should anyone support a part-time president who will trigger a full-time war? Even John Boehner & Co, along with erstwhile level-headed editors at the Wall Street Journal have succumbed to the bankrupt notion that the nation's credibility and the integrity of the office require endorsing Obama's reckless incontinence.

Republican hawks cling to the notion that the office of the president is separable from its incumbent. One honors the office, despite loathing its current occupant. Yet ceremonial respect, transcending incompetence, and self-indulgent trifling should never give way to blindly relegating the practical responsibility of taking a nation to war; to be run by a president who disdains the job of commander-in-chief and has displayed zero aptitude for its execution.

WS Gilbert, Arthur Sullivan's librettist, had fun mocking the British Navy during the latter days of Queen Victoria when the competence of Rule Britania was never in doubt. The pinafore of course is a woman or girl's sleeveless apron, a convenient towel to wipe one's hands of flour and sugar, but only a thin veil against splattering harsh chemicals and effusions of blood from eviscerated victims.

Be wary of Obama's enablers gleefully piped aboard his USS Pinafore, thinking a theater prop is a fighting ship of the line that can restore America's rightful place as the most powerful moral arbiter on the globe.