Is a Convention of States Politically Possible?

Mark Levin's book, The Liberty Amendments, has sparked the hope that American citizens can save the Republic by calling a Convention of States under Article V. Two classes of naysayers have arisen. First, there are those, like my dear friend Phyllis Schlafly, who argue that using the power of the states under Article V is dangerous and could result in a runaway convention. Professor Rob Natelson has decisively answered this contention here. James W. Lucas represents the second class of critic -- those who contend that it is politically impossible to call a convention, draft amendments, and send them out for ratification. 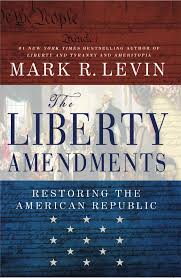 Lucas has another plan. He wants Congress to enact a constitutional amendment that gives the states the ability to propose amendments to the Constitution without calling a convention. If two-thirds of the states pass identical legislation proposing an amendment, it would be sent back to the states for ratification.

This idea did not originate with Lucas. It has been around for some time and is generally called the "Madison Amendment."

Whatever the merits of the Madison Amendment may be, Lucas has argued that his plan is better than Levin's on the grounds of political realism. Fair enough. Let's look at this realistically.

In 1999, Senator John Ashcroft introduced an amendment to the same effect as the Madison Amendment. He never got a co-sponsor. In the same year in the House, the companion bill got a total of eight co-sponsors. In 2010, another variant of this bill got a grand total of four co-sponsors in the House.

I hate to get personal here, but we are just being realistic. One way to measure political reality is by gauging public support for an idea. James W. Lucas has published a book outlining his plan. His book is currently ranked 3,905,513 on Amazon.com. Levin's book, after a healthy stint at number one, is now ranked number three among all books sold on Amazon. It seems public support resides solidly in Levin's camp.

Lucas also fails to deal fairly with the scope and impact of the scholarship of Dr. Robert Natelson. Natelson is the premier scholar on Article V issues. Natelson's work not only appears repeatedly in scholarly journals but also in Supreme Court decisions--he was cited twice in this last term. Originalism in actual practice is not as irrelevant as Lucas seems to believe. Moreover, Natelson's work is thoroughly practical -- taking into account current precedent, political reality, and the original meaning of the Constitution.

Nothing is stopping Lucas from pushing his idea in Congress. Good luck to him. If he gets anywhere close to a vote in either the House or the Senate, I hereby promise him that I will use my grassroots networks of several hundred thousand voters to urge passage in Congress.  But since I have worked in Washington, D.C., for over 30 years and have been the chief lobbyist for a constitutional amendment that has gained over 150 co-sponsors, I believe his prospects are dubious.

A realistic plan looks like this. There are 4000 state legislative house districts in the 40 states most likely to support a convention. If we build a grassroots organization in 75% of those districts, we can put significant pressure on the members of the state legislatures to pass a resolution calling for a Convention of States. That grassroots organization needs just one captain in each of these 3000 districts and a minimum of 100 voters who will contact their state legislators to support a convention for the purpose of limiting the power of Washington, D.C. We know we can reach these numbers. We know we can build this network of citizens.

Citizens for Self-Governance has launched a project that will make this plan a reality. We were working on this even before Levin released his book, and now we are ready to start building support. Levin has catapulted this idea into the national spotlight -- we have the plan to implement it.

Since launching the Convention of States Project website (www.conventionofstates.com), we have already gained tens of thousands of grassroots supporters. We have created a network of dozens of state legislators who are interested in sponsoring resolutions to call for the convention.

Lucas contends that procedural uncertainties make a Convention of States impossible. It is true that the organizational details of the convention will have to be settled by the convention itself. But they will be settled quickly because every state gets one vote. This rule cannot be contested and will greatly expedite the process.

Lucas's assertion that the convention will be mired in years of litigation is not based on relevant fact. I have litigated dozens and dozens of constitutional cases over the last 35 years. In fact, I litigated the last major case concerning the Article V amending process (when Congress tried to change the rules for ratifying the Equal Rights Amendment in the middle of the stream).

Again, I hate to be personal, but I did a Westlaw search to evaluate James W. Lucas's experience in constitutional litigation, just to see if he knew something I was missing. I cannot find a single reported case of any kind for this attorney. It seems he is not an actual litigator.

The only reason for any serious litigation during the Article V process would be if the states fail to employ sufficiently similar language in their resolutions. The Convention of States Project is proceeding on the basis that each state will use an identical resolution. If litigation arises, it will be quickly resolved in favor of a Convention of States.

The truly realistic bottom line is this: if we don't use the power of the states found in Article V, we may lose liberty forever.

If you don't want to help, fine. Sit on the sidelines and watch.  But I would respectfully suggest that we have both a short window and a great deal of momentum for one idea. Call a Convention of States. Stop the abuse of power by Washington, D.C. Save liberty for ourselves and our posterity.