Warning: mysqli_free_result() expects parameter 1 to be mysqli_result, bool given in /var/www/html/americanthinker/admin/common/functions/func.general.php on line 126
 For Cruz, Lee, Paul, and Palin the Password is 'Lindbergh' - American Thinker
|

For Cruz, Lee, Paul, and Palin the Password is 'Lindbergh'

Ted Cruz, Bill Lee, and Rand Paul are isolationists, per Jennifer Rubin, the in-house neocon at the Washington Post. Throw in Sarah Palin, too. The senators and former governor want nothing more than two briny oceans to defend the nation from the world's predators and cutthroats. Heck, maybe they don't even want militias.

Palin and the three rising conservative stars are secret America Firsters. "Lindbergh" is their password. Shhh!

Hands up, guys and gal, Jennifer Rubin's outed you.

It's more like Rubin tarred y'all, pinning America First buttons on your lapels all by her lonesome, to the gloating approval of Barack's buddy, John McCain, and his sidekick, Lindsey Graham (Tonto to the neocons). You see, Cruz, Lee, Paul, and Palin believe that intervening in Syria serves no American national security interest. Rubin, neocon she, thinks that America's national security interest is just about anything the neocons say it is.

National security is just taffy to neocons, to be pulled and stretched to suit whatever intervention they think is useful to American "credibility" or that's humanitarian in character. Neocons have previously identified genuine needs for military action. Let's gladly concede the last, as surely as the senators and Palin would do. The first Gulf War would be an instance, though the war wasn't a humanitarian venture; it served concrete U.S. interests.

There are times when projections of American military might are warranted, up to and including war. Syria isn't an instance of such. Nor does Syria merit a "symbolic" attack: lobbing a couple of missiles at Assad's bunkers.

A show of disapproval by the president toward Assad for using sarin against innocents allows him to claim he did something meaningful by reducing an empty bunker or two to rubble. Meanwhile, the Syrian civil war will rage on, and more innocents will die, poison gas or no. Symbolism doesn't stop the killing or end wars.

Let's dip into Rubin's analysis, shall we?

When Bashar al-Assad began slaughtering his own people, if we said anything at all (and really what business is it of ours?) we should not have demanded Assad leave or face the consequences.

What Rubin refers to here is an "ultimatum." Leaders need to be circumspect about issuing ultimatums, lest they have to act on them. The glib Mr. Obama's earlier "red line" ultimatum to Assad was yet another throwaway line in a presidency full of such. But now the president is being pressed to deliver on his words.

Surely, Rubin would grant that ultimatums have consequences. If not carried out, an ultimatum makes a leader a paper tiger. If carried out -- well, military action has its fortunes, good, bad, and unpredictable. Acting first and gaming the consequences later isn't smart statecraft.

Then this line from Rubin:

When rebels asked for aid or arms or gas masks we should have denied them any support.

Among the factions warring with Assad is Al Qaeda and other Muslim extremist groups. When Rubin refers to "rebels," doubtless she means those factions that are pro-Western and 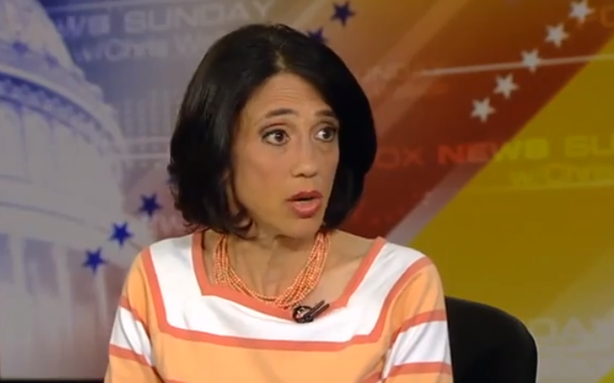 democratic. But wars are famously foggy. The arms and gas masks delivered to a friendly faction (so presumed) may find their ways to hostile factions.

If the U.S. sides with the rebels and helps overthrow Assad, then which faction or factions replace his regime? No struggle will occur among the rebel factions in the wake of Assad's defeat? What's the U.S.'s assurance that a pro-American faction triumphs? We'll just render more assistance to guarantee that the good guys prevail? What would that mean in terms of U.S. military involvement and an on-ground commitment longer term in Syria? What happens once the U.S. vacates Syria?

Another shot from Rubin:

When Assad used chemical weapons we might have said something, in the Rand Paul (R-Ky.)/Sarah Palin/Sen. Ted Cruz (R-Tex.) world view, but there should be no red lines threatening robust retaliation.

"Robust retaliation" means exactly what in neocon-speak? What is the scale of military reprisal that Rubin suggests? What are her thoughts as to escalation and counters, not just by Assad, Iran, or Assad's allies in the Middle East, but the Russians and Chinese? How does "robust retaliation" play out?

Then these thoughts from Rubin:

In short, for isolationists, there is no amount of dead Syrians, refugees and WMD deaths that would justify us doing anything effective.

Is that the world we want to live in? Once Assad used chemical weapons, then all despots will feel free to do the same. And the green light would not entice merely rogue regimes in Syria and North Korea.

Rubin needs to consult history. Despots have slaughtered minus poison gas for ages. Stalin, Pol Pot, Mao, and lesser fiends all managed genocides the old fashioned ways: with bullets, starvation, or working people to death. Yes, Hitler used gas to exterminate the Jews and other "undesirables." But even he killed millions without as much as one canister of poison gas being emptied.

Take all the poison gas in the world and ship it to the moon. Despots -- including Assad -- will still find methods of exterminating enemies and innocents.

Dying by poison gas is a particularly awful way to go, you say? Well, so is napalm (if not incinerated immediately). Shrapnel from an artillery shell can maim and kill slowly, agonizingly; gaping head, chest, and abdominal wounds aren't pretty sights. Aerial bombardments, rockets, missiles, and artillery have killed far more civilians (deliberately or not) for decades. Antipersonnel weapons (mines, for instance), can rack up thousands of casualities over time.

As for Iran, it isn't clear whether hard-core isolationists would think sanctions and resolutions are in order. (When a former senator, Chuck Hagel, didn't think so.) In any case, sanctions haven't worked. So, in their view, now we would do nothing of consequence to prevent Iran from getting the bomb? Paul, after all, has said containment may work.

Iran's mullahs and government leaders have consistently expressed their hostility toward the U.S. More critically, Iran supports terrorist groups against the U.S. Iran with nuclear weapons is a no-go. But conservatives aren't the impediment to action against Iran. That award goes to President Obama.

Then this priceless neocon nugget:

Then there is Russia. Currently, Russia occupies part of Georgia. If Russia uses chemical weapons and/or takes over the rest of that country, I suppose we should stay out of it if you follow the isolationists' reasoning. Really, what national security interest is there in Georgia? If we don't have any national security interest in Syria, why would we intervene in Georgia?

Just draw up a list of trouble spots, Jennifer. If we can't get to all of them at once, we'll work through the list. But you're right. If we're going to spill American blood and spend treasure in Syria, why not do so in Georgia? We never did get around to a hot war with the Russians, after all.

Cold calculation (necessary to determining national interests) dictates that a protracted civil war in Syria is to the U.S.'s advantage. Assad versus Al Qaeda and other Muslim militants is a welcome bog. The more time, blood, and treasure that Assad and rebel factions spend fighting each other, the better. As Napoleon was famous for saying, when the enemy is destroying itself, stay the heck out of the way.

But staying out of the way isn't the neocons' way.