Warning: mysqli_free_result() expects parameter 1 to be mysqli_result, bool given in /var/www/html/americanthinker/admin/common/functions/func.general.php on line 126
 Edward Snowden must not Disgrace Andrei Sakharov - American Thinker
|

Edward Snowden, the former U.S. computer specialist who was employed by the CIA and as a contractor for the National Security Agency (NSA), and who leaked top secrets of U.S. and British surveillance programs, especially the PRISM monitoring program, and telephone metadata, remains today in temporary asylum at an unknown location in Russia.

Snowden has been variously portrayed as a hero (particularly by Julian Assange, himself a self-proclaimed hero), a whistleblower (a person who exposes wrongdoing), a political dissident, a patriot, and a traitor. He prefers to style himself simply as an "American" who has informed the public "as to that which is done in their name and that which is done against them."

For some, Snowden did great damage to the U.S. when he committed the crime of divulging classified information. Others, like Jimmy Carter are more equivocal: in his words, Snowden violated the laws of America but "the invasion of human rights and privacy has gone too far." Irrespective of his personality or true motivation Snowden's actions have highlighted the issue of tension in the present world between national security and privacy. 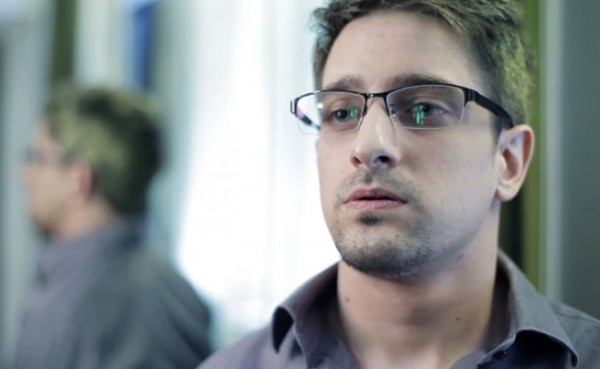 The surprising announcement has just been made that the European Union has named Snowden as one of the seven persons for its Sakharov Prize for Freedom of Thought. The sponsors are members of the European United Left/Nordic Green List, a left-wing coalition group of 35 members in the European Parliament (EP) coming from 13 states and 18 parties, some of which are Communist and others Socialist political parties. The co-leaders of the group are Daniel Cohn-Bendit, now a German-French member of the EP and familiar as the passionate student leader, known as Danny the Red, in the streets of Paris in the May 1968 riots, and Rebecca Harms, a leftist German politician.

They argue that Snowden had paid "a very heavy personal price for his heroic effort," and that the U.S. Government is hunting him as an outlaw. They believe he has risked his life to confirm what they had long suspected regarding mass online surveillance, a major scandal of our time. Snowden, they hold, is a whistleblower, not a criminal. They pointed out that his only sanctuary was Russia, which they defined in a peculiar way as "a country with democratic problems and authoritarian tendencies."

The EU prize, awarded each year by the European Parliament in Brussels, was set up in 1988 to honor individuals or organizations for their efforts on behalf of human rights and fundamental freedoms. Nominations for the prize, which is awarded with a monetary sum of 50,000 euros, are made by political groups or by at least 40 members of the EP. The award ceremony is due to take place on December 10th, symbolically the anniversary of the adoption on that day in 1948 of the European Convention on Human Rights (the Universal Declaration of Human Rights).

In all this furor there is a bitter irony. The prize is given in the name of Andrei Sakharov, the Russian physicist who won the Nobel Peace Prize in 1975, though he was not able to receive it in person since the Soviet Union did not allow him to leave the country. Sakharov, with his expertise in designing thermonuclear weapons, can be considered the father of the Soviet hydrogen bomb. As he became concerned about the moral and political implications of his scientific work, he sought to raise awareness of the dangers of the nuclear arms race and nuclear proliferation.

Sakharov approved the 1963 Partial Test Ban Treaty signed in Moscow, and in 1967 wrote a letter to the Soviet leaders suggesting acceptance of the proposed U.S. anti-ballistic defense system. In 1970 he founded a committee to defend human rights and victims of political trials. As a result he was regarded as a subversive dissident and sent into internal exile in the city of Gorky, now Nizhny Novgorod, for six years.

He ended his life as a prominent member of the political opposition, and a member of parliament in 1989. 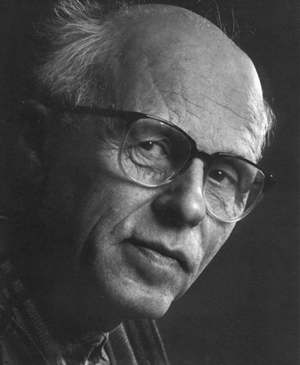 This is the story of an extraordinarily courageous person who spoke out openly for his views, who suffered because of them, and who is an ornament in the pantheon of those struggling for human rights and personal dignity. Edward Snowden is none of these, and it is a disgrace that members of the EP should nominate him for a prize in the name of a great figure. They have made a totally specious argument that Snowden deserves praise for his revelations and that what he did is very important for the defense of European human rights. Unlike Sakharov, Edward Snowden did not risk his freedom to defend and protect others. On the contrary, he flew to Hong Kong when he knew his leaks were being published and has since sought asylum in Russia. Unlike Sakharov, who was aware he would be punished for his actions and accepted the consequences, Snowden has evaded any possibility of punishment though he has broken the law and disregarded oaths to respect the secrecy of the information he had acquired.

Those members of the EP who are sponsoring Snowden have forgotten or refused to remember the individuals or groups who have been honored since the prize was given. The first honorees in 1988 were Nelson Mandela, who was a political prisoner in South Africa at the time, and Anatoly Marchenko, another Soviet dissident who had spent 20 years in Soviet jails, and who was given the award posthumously. The prizes were given in 1989 to Alexander Dubcek, the brave Slovak leader who had tried to reform the Communist system of Czechoslovakia and who supported the Velvet Spring in Prague in 1989, and in 1990 to Aung San Suu Kyi, the Burmese heroine who suffered house arrest for 15 years.

Even more telling, the sponsors of Snowden should have contrasted his evasion of any penalty with the fate of the 2012 honorees, Nasrin Soutoudeh and Jafar Panahi. The former, an Iranian human rights lawyer and activist for women's rights, was initially sentenced to 11 years in prison for representing a number of political activists, and was also accused on fabricated charges of propaganda against the regime and the national interest of Iran. Fortuitously, she was released on September 18, 2013, apparently as a gesture to the West to indicate political changes in Iran as a result of the election of Hassan Rouhani as president. Panahi, an Iranian film maker, was given a 6-year sentence for criticism of the regime and though recently released on bail from prison he is still handicapped by a 20-year ban on making films or leaving the country.

Much more worthy of the prize are other nominees, especially Malala Yousafzai, an 11-year-old Pakistani girl who spoke out against the Taliban for its actions in preventing girls from receiving an education. Unlike Snowden hiding somewhere in Russia, she is out in public and survived a murder attempt by the Taliban on her life in October 2012.

It is hoped that the European Parliament, even as it is concerned with and critical of the American surveillance program, will recognize that Snowden is not a profile in courage, and that Sakharov will be dishonored if the prize is awarded to him.