Warning: mysqli_free_result() expects parameter 1 to be mysqli_result, bool given in /var/www/html/americanthinker/admin/common/functions/func.general.php on line 126
 Does Aaron Alexis Represent A New Breed of Killer? - American Thinker
|

Does Aaron Alexis Represent A New Breed of Killer?

In the search for parallels to explain Aaron Alexis's killing spree at the Washington Navy Yard on Monday, the media have turned reflexively to recent incidents in Aurora, Colorado, and Sandy Hook, Connecticut.

Almost no one in the media, however, has made the obvious comparison to Christopher Dorner, the former Los Angeles Police Department officer who killed four people and wounded three others in a ten-day spree last February that ended with a self-inflicted gunshot wound.

Although the most visible point of comparison is race and gender -- black and male -- both were born in New York City within a month of each other in the spring of 1979, graduated high school, attended college, moved more or less comfortably in the larger integrated world, and joined the Navy Reserve.

Most saliently, both Dorner and Alexis were mentally unbalanced. In a different time and place they might have blamed themselves, their lovers, or their parents for the demons that haunted them, but the two came of age in what might be called the post-Roots era. From the beginning, they have always had a way to account for their misfortunes that spared them introspection.

Published as nonfiction in 1976 and produced as a spectacularly successful mini-series a year later, Roots: The Saga of an American Family gave progressives the perfect pedagogical tool with which to instruct their less enlightened brethren in the quiet horrors of American culture. In fact, it quickly became the dominant narrative, a curriculum standard, a veritable sacred text.

In the book, Haley quietly laid out an indictment against the United States that was always loaded and often gratuitous. Improbably, it was whites who entered Kunta Kinte's forest and enslaved him, not Arabs or other blacks. Conveniently unconscious through the period of transaction, Kinte saw no black, Arab, Portuguese, or Spanish slave traders, only Americans. As the rare Muslim captive, Kinte was well positioned to reject Christianity as crude and hypocritical. Fortuitously sent to revolutionary Virginia, Kinte was able to dismiss the birth of America as inherently fraudulent. 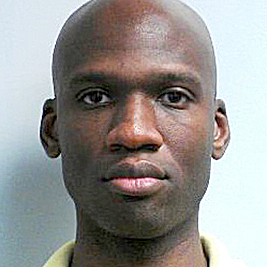 The real fraud, of course, was Haley, who plagiarized large sections of the book and made up what he didn't steal. Neither a punishing lawsuit for copyright infringement nor the unraveling of Haley's fake genealogy dimmed his star. The book and video remained a staple in history classes across America.

By the time Alexis and Dorner began their respective journeys through America's educational system, Roots and comparable texts had established the dominant racial narrative, not only in school, but also in the culture at large. In more traditional hero sagas, the individual was expected to overcome hardship and injustice. In this new narrative, however, the hero stewed in his grievances. If they seemed inadequate to evoke guilt or anger -- the two desired responses from the audience -- the narrator reserved the right to embellish or even invent additional offenses.

Although many hoped that the election of Barack Obama would ameliorate black discontent, those paying attention were less optimistic. In his 1995 memoir, Dreams from My Father, Obama reveled in his own grievances, all of them either false or trivial. Friendly Obama biographer David Remnick conceded that many of those slights were "novelistic contrivances," but if Obama "darkens the canvas" or "heightens whatever opportunity arises" to score a racial point, he did so, according to Remnick, "obviously" because he was going "after an emotional truth."

Shelby Steele, who is bi-racial himself, wasn't buying. In his underappreciated 2008 book, The Bound Man: Why We Are Excited About Obama and Why He Can't Win, Steele dissected Obama's soul with more precision than anyone before or since, and he did so before Obama had won a primary. The book's subtitle, by the way, only seemed to suggest a miscalculation on Steele's part. The "win" did not refer to the election.

Obama's dilemma, as Steele saw it, was that in his quest to seem an "authentic" black man, Obama has felt compelled to exaggerate the state of black victimization. Rather than fixing problems, many of which were generated within the black community, the newly authentic Obama fixed blame. "If I had a son," he said tellingly, "he'd look like Trayvon." Of course he would.

Alexis and Dorner both supported Obama. Dorner even "shed a tear" when Obama was elected. And yet Obama's ascendancy did nothing to check the imagined racists who were making a hash out of both their lives. Indeed, it was in 2008, the year Obama was elected, that the Los Angeles Police Department fired Dorner and the Navy began to move against Alexis. 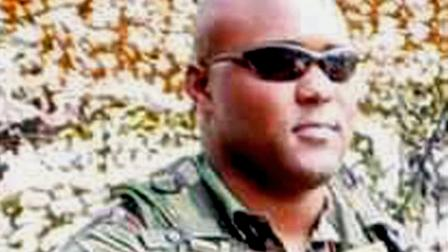 Although the LAPD has had to labor under the most oppressive race and gender regime America has ever witnessed, as far as Dorner could see, those changes made no difference. His LAPD was chock-a-block with whites whose "sole intent" was to "victimize minorities who are uneducated, and unaware of criminal law, civil law, and civil rights." Somehow, he concluded, "The department has not changed since the Rampart and Rodney King days. It has gotten worse." Six of Dorner's seven victims were police officers.

In 2008, when Alexis was arrested for disorderly conduct after trashing an Atlanta area nightclub, the Navy realized it had a problem on its hands. Eight incidents of misconduct later -- including insubordination, disorderly conduct, unauthorized absences, and drunkenness -- the Navy discharged him.

Unlike Dorner, who wrote a manifesto, Alexis does not seem to have recorded his grudges. Still, acquaintances have provided enough anecdotal evidence to suggest that he and Dorner nursed many of the same resentments. Friend and employer Kristi Suthamtewkal told NBC News that Alexis "felt a lot of discrimination and racism with white people especially."

Alexis failed to understand that the reverse racism endemic to all HR departments had discreetly kept him functioning as long as he had. The Navy, for instance, gave Alexis an honorable discharge despite the many misconduct charges. The Navy does not do that for everyone. Still, as one friend told the Associated Press, Alexis was upset with the Navy "because he thought he never got a promotion because of the color of his skin." Like Dorner, he turned his rage against his former colleagues, killing twelve of them.

In their growing dissatisfaction with a largely white establishment, Dorner and Alexis were not unique. A comprehensive poll taken by NBC News and the Wall Street Journal this summer showed that Obama failed in the one area in which even the opposition hoped he would succeed: bridging the racial divide. In the month of his inauguration, sixty-three percent of blacks held a favorable view of race relations in America. By July 2013, those figures had fallen to thirty-eight percent, a calamitous decline, rarely addressed, never explained.

This frustration has found an outlet in spontaneous, often random black-on-nonblack attacks too numerous to mention. It has also resulted in at least one other recent mass killing. Although the media seem to have forgotten, in 2010 Omar Thornton murdered eight of his coworkers at Hartford Distribution after being caught on video stealing inventory. 'I killed the five racists that was there bothering me," he said in the way of explanation.

Dorner and Alexis, however, may represent a new breed of killers, sophisticated enough to go just about anywhere, angry enough to translate their racial paranoia into action, and trained well enough to wreak havoc on a large scale. Obama may not have created the problem, but he has not yet even acknowledged there is a problem to be solved.

Jack Cashill's new book, If I Had A Son: Race, Guns, and the Railroading of George Zimmerman, will be available in hardcover on October 29. It is now available on Nook and Kindle.