Warning: mysqli_free_result() expects parameter 1 to be mysqli_result, bool given in /var/www/html/americanthinker/admin/common/functions/func.general.php on line 126
 The Voices of Fort Hood - American Thinker
|

The Voices of Fort Hood

There was the cry of "Allahu Akbar," a gun fired, mayhem all around, with the end result of thirteen dead and thirty wounded at an Army base in Fort Hood, Texas on November 5th, 2009. The culprit is not just any terrorist but a major in the U.S. Army, Nidal Malik Hassan. He was an officer sworn to protect, a psychiatrist sworn to help, and an American, sworn to the Constitution. American Thinker interviewed victims, their families, and someone who was a college classmate of Hassan.

David Wellington in his latest book, Chimera, wrote that those serving in the military need a good officer who "learns to respect them, their hard work, their sacrifice... and he comes to love them. But he can't ever forget he's responsible for them." Hassan had none of these attributes. There were warning signs from his college days at the University of the Health Sciences in Maryland. A college classmate who knew him in 2007 said at that time Hassan had radical beliefs. "Hassan was a Muslim first, held to Sharia Law before the Constitution, believed he had a duty to fellow Muslims before Americans, and justified suicide bombings. I had an Environmental class with him where he did a presentation against the War on Terror, and in support of suicide bombings in the name of Islam. This was so completely off topic that a bunch of us complained to the professor who did nothing because of political correctness."

Was Hassan suspended or thrown out of the Army? No, he was promoted. But there were other warning signs including his contact through eighteen emails with Anwar al-Awlaki, where he referred to the U.S. as the aggressor against Muslims. The FBI dropped the ball and handed it off to the Army, which never considered his radicalization as a perceived threat, instead writing it all off as an aspect of Hassan's religious beliefs.

Political correctness has dominated developments since the shooting. The Obama Administration outrageously designated the attack as "workplace violence" instead of terrorism. Everyone interviewed agrees with Amber Gadlin, a victim: "The classification of workplace violence is the biggest slap in the face we can get as victims. Had it been classified as a terrorist attack we would be getting more benefits and pay. If we do not change the classification the shooting will be downplayed." 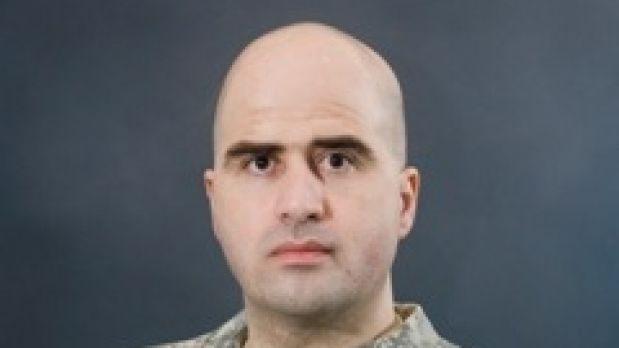 Prominent congressmen are working diligently to try to change this classification. American Thinker interviewed two of them, Congressman Mike McCaul (R-TX), the Chairman of the House Committee on Homeland Security, and Congressman Tom Rooney (R-FLA), a former JAG officer. Congressman McCaul strongly emphasized, "Major Hassan is not the common criminal this administration would like Americans to believe. This administration has gone to great lengths to avoid recognizing this event for what it was, an act of terrorism. Secretary McHugh has made statements implying the DOJ influenced the Army's official designation as workplace violence. We are continuing to put pressure on this administration to change the official designation."

Congressman Rooney agrees and wants Americans to understand, "Rather than admitting that this was part of the terrorist's global war against us, and that it was something that should have been prevented, they paint it as a simple case of 'workplace violence' by a disgruntled employee that happened to occur at a military base. The problem with the administration's state of denial is that it has real consequences. The administration is denying the victims benefits and the Purple Heart because the Army doesn't consider the attack combat-related."

Yet, this administration is bending over backwards for Hassan. The victims are angry that every time he has asked for an extension or appeal it has been given, that it is now going on four years since the shooting. In fact, they feel he is turning the trial into a circus. He does not want to wear his uniform, has said he wants nothing to do with the Army, and his defense is in support of his people, the Taliban. Yet, he has collected according to Congressman Frank Wolf (R-VA) close to $300,000 in taxpayer dollars since being charged in the Fort Hood shootings. Kathy Stainaker, a victim's family member, sarcastically emphasized, "It is okay that he still receives Army pay and benefits but does not have to follow Army rules, including being allowed to wear a beard. He never had it until right before the trial started last August. He does not seem to be having a problem accepting a salary from the Army. He is constantly using delay tactics." In fact, Congressman Rooney recently sponsored a bill to suspend Hassan's pay citing, "Our bill is simple, if you're awaiting trial for a serious crime, you can't collect a salary from the American taxpayer."

The victims and their families want Americans to understand that there are faces to this incident. It is very easy to forget there were real people involved and that there is a person behind the statistic. Because of this, American Thinker asked a few to discuss that horrible day.

Shawn Manning was going on his third deployment as part of a combat mental health team. He was at the processing center when Hassan started his premeditated terrorist attack. He was shot in the chest, just above his heart, the arm and the liver. "When I was lying on the ground Hassan shot me another five times to make a total of six times. I cannot believe he was actually in my unit and was going to deploy with me. He violated the oath of any Army officer that is supposed to care for the soldiers under them. I still have bullets in my spine and thigh, have emotions of anger, irritability, and have nightmares. I hope people will go on the website to get information."

Amber Gadlin was waiting for a friend at the processing center. When she heard the words "Allahu Akbar" and the shots ringing out her first impression was that this must be a training drill. "I knew it was not a drill when I saw a laser on the chest of someone sitting across from me. As the shooting continued I dragged and pushed people out the door, but unfortunately tripped and then was shot. I did not know I was shot four times in the back until I tried to sit down in the hospital. Hassan violated the sacred belief that as brothers and sisters we are supposed to trust each other with our life. It's hard for me to trust anyone, which is a big factor as to why I got out. This violation of trust includes my commander-in-chief President Obama, who personally told me at the Fort Hood Memorial Service we would be taken care of."

Michelle Magee Harper, a civilian nurse, one of eight civilians injured, was shot in the neck, back, and both knees. "I cannot sit or stand too long. I suffer from PTSD, nightmares, night sweats, and flashbacks. I have not been back to the site. My life has become a living hell between all the doctors and not being able to work. He was supposed to protect us but now he claims he is one of them, a Taliban. He killed a bunch of innocent people for his own personal beliefs but that is not surprising if you look at the atrocities the Taliban has committed."

Kathy Stainaker's husband Rex was a nurse in the military. He worked on several soldiers while Hassan was still in his shooting spree. Rex has severe chronic PTSD, which was triggered by the shooting, and being forced to deploy to Afghanistan soon afterward. "He was not given any counseling until five days after the shooting. People should remember that Hassan was a psychiatrist who probably treated people like my husband, with PTSD. Can you believe the Army stated that the shooting at Fort Hood was not a stressful situation? I was told 'the Soldier does not have a mental disorder that developed as a result of a highly stressful event that resulted in the Soldier's release from active duty.' Yet, I had to quit work and stay at home to care for Rex."

Gale Hunt is the mother of Specialist Jason Hunt who was killed that day. Jason was shot in the back three times from a short distance. "I consider Hassan an insignificant, glory seeking, crazy person compared to my son who was quiet, funny, kind and witty. I feel the government is negligent for leaving Hassan in a position of authority. Can you imagine him counseling people? He gets to live and my twenty-two year old, at that time, is dead. That is not justice."

Jeri Krueger's daughter Amy was a twenty-nine old Army Staff Sergeant who had joined right after 9/11. "She was very determined to do what she could for her country. She was happy, determined, bright, tenacious, and popular. Just before she died I had spoken with her, and she told me she just finished writing her will. Hassan who used the type of bullet that ripped up her insides shot her three times in her abdomen. I never thought in a million years that she would be shot in an Army base within the U.S. You worry each and every day when they are overseas, but not here."

Eduardo Caraveo Jr. is the eldest son of Major Eduardo Caraveo, the second highest-ranking officer killed. "My dad was shot six times including an injury to his head. My dad came to this country not knowing any English. He bettered himself and eventually received a PhD in psychology. He was intelligent, loving, and a great role model."

What they all want is justice that will include the death penalty. Although they understand that having Hassan dead will not bring back their loved ones or the life they knew before, it will end his manipulation of the system and his ability to act as a spokesman for Jihadi terrorism. As Congressman McCaul concluded, "I used to preside over all the death row appeals for the state of Texas and I saw far less egregious cases than this one that went to the death chamber. I think the death penalty is very much in order for this case," so that Hassan can no longer inflict pain and terrorize the victims and their families.