Warning: mysqli_free_result() expects parameter 1 to be mysqli_result, bool given in /var/www/html/americanthinker/admin/common/functions/func.general.php on line 126
 The Truth about Rap Music - American Thinker
|

The Truth about Rap Music

I listen to rap. I grew up listening to rap. Since I was old enough to enjoy music, rap has been one of my favorite genres. It remains so to this day.

I'm not just talking about mainstream or party-mix rap. I am talking about hard-core rap, underground rap, and rap performed by artists that nine out of ten rap fans have never heard of.

So given that I am a genuine rap aficionado, how can it be that I largely agree with liberals like the late anti-rap activist Delores Tucker and conservatives like Bill O'Reilly who argue that rap is a destructive influence on underprivileged black youths?

Rap music has been targeted to middle-class suburbia almost since the genre's inception. Millions of white people listen to rap, which means that characterizing rap as "black" music or music intended predominately for a black audience is inaccurate.

Growing up in a middle-class Boston suburb, for me the themes of violence, gang life, and drug dealing woven into the lyrics of songs by NWA, Mobb Deep, and the Wu Tang Clan were abstract and foreign. It was akin to watching a movie about a fantastical adventure, like Rambo or Indiana Jones. I did not live in an environment depicted by these rappers, and had no opportunities (and no need) to engage in the destructive behavior --robbing, selling crack cocaine, joining a gang, etc. -- that they were glorifying.

Moreover, I grew up in a stable two-parent household, in which my parents disciplined me and regulated my behavior. If I got in trouble in school or on the playground, I would be severely reprimanded and punished.

Conversely, a poor black male growing up in the projects is enveloped in the culture depicted in rap lyrics. It's not foreign to him; it's all around him. It's his reality. 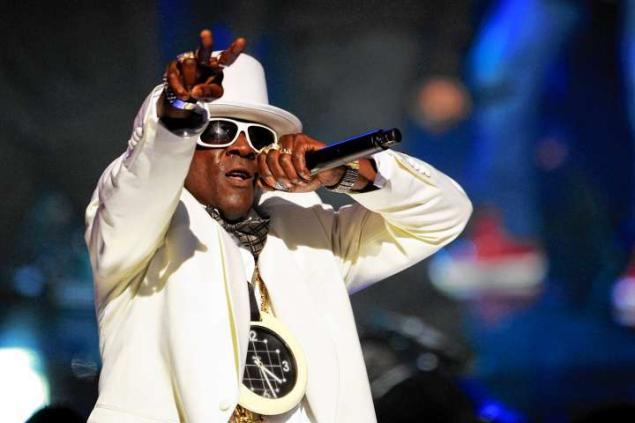 Because it's his reality, the black male living in that environment has the opportunity at almost every step of his development to engage in the destructive behavior promoted and glorified by rappers. And because so many urban lower-class black children do not live in a stable two-parent household, in which the parent exercises appropriate discipline, they are far more likely to gravitate towards those behaviors.

Just take a look at the devastating conditions of American ghettos -- conditions often vividly and poetically portrayed in rap. Gang violence has brought Chicago to its knees, as innocent black children are caught in the crossfire of shootouts between rival gangs on a regular basis. Citizens in these communities live in constant fear of reprisal if they talk to law enforcement, a deeply disturbing trend that gangsta rap culture helps to foster in the form of the "Stop Snitching" mantra, heard in songs and seen on t-shirts and in videos. There are countless cases of black kids being maimed or killed for refusing to join a gang, leaving a gang, or "ratting" on a gang member.

Often, there is tremendous amount of peer pressure to emulate the dress code and lingo, if not the outright criminal behavior, of gangsta rap culture.

This is in stark contrast to white communities. When I was a teenager, white suburban kids who emulated the dress code and lingo of black rappers were derided as "wiggers." There was peer pressure to NOT act like that.

Only willfully dishonest race demagogues like MSNBC's Chris Hayes or Michael Erik Dyson would deny that a black male who uses the "N-word" excessively, does not speak proper English, and wears his pants well below his waist to (unwittingly) simulate prison dress code, is not at least marginally hurting his chance of thriving in our society. Common sense and empirical evidence make this painfully obvious.

So whereas well-off suburban white kids do not have the opportunity to act out on rap lyrics, many poor urban black kids do. They are immersed in that culture. That is what makes gangsta rap music so much more toxic for disadvantaged black kids than for rich white kids: the music serves to not only depict, but also perpetuate, the violent and anti-social realities of ghetto life.

There is one aspect of rap that is potentially as harmful for all kids, regardless of race or class: misogynistic lyrics that objectify and degrade women. Being inherently cowardly and intellectually dishonest, left-wing feminists don't dare to campaign against the terribly misogynistic rap lyrics with one hundredth of the vigor that they rail against pro-life Republicans, but honest liberals like Delores Tucker recognize how poisonous lyrics that use the words "woman" and "bitch" interchangeably can be.

Admittedly, I fell into that trap when I was in high school, occasionally referring to women as "bitches" (behind their backs, of course.) This was the direct influence of rap. Fortunately, I grew out of that pathetic stage in college, as did most of my peers.

Rap music has a disproportionately negative effect on inner-city lower-class black kids because it's precisely those kids who can live out the lifestyle glorified by rap. Suburban middle-class white kids are wholly detached from that culture.The disproportionate effect is exacerbated by the lack of proper parental supervision and guidance.

What is the solution? Reversing the disintegration of the two-parent household in black communities is certainly a good start. Going forward, it will also be critical for leaders in the black community to follow in the footsteps of Delores Tucker and to denounce the literal interpretation of rap lyrics that leads to life imitating art.

Rap music can be poetic and full of stunningly creating word play and metaphors. But to overcome its deleterious influence on disadvantaged black youths, its degrading aspects must be seen as something approximating satire. Parents, teachers, community leaders, and indeed, rappers themselves must make it clear that it is not okay to denigrate women or sell crack cocaine. When rap's content becomes as abstract and fantastical for poor black kids as it is for rich white kids, it will cease to be a toxic influence.