Warning: mysqli_free_result() expects parameter 1 to be mysqli_result, bool given in /var/www/html/americanthinker/admin/common/functions/func.general.php on line 126
 Faces of Evil in a Violent Underclass - American Thinker
|

Faces of Evil in a Violent Underclass 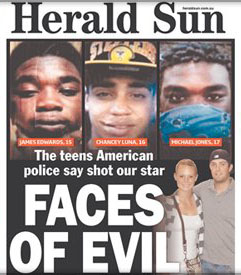 See also: Is There Anything about Race We Can Agree On?

Faces of Evil - that was the headline of the Australian Herald Sun when reporting the depraved murder of Aussie Christopher Lane.  It is instructive to carry that theme further with a few more faces.

James Edwards and his buddies murdered Chris Lane "for the fun of it".  James Edwards shot him in the back.  It was reported that Edwards danced and laughed in the police station after his arrest.  Ending a stranger's life was funny to him.

He boasted on twitter that he had "knocked out 5 woods [whites] since Zimmerman court".  He advised others to "HATE" white people, and a few days before the murder he said he wanted to be "with my niggas when it's time to start taken lifes".

This is De'Marquise Elkins and his mother and aunt. 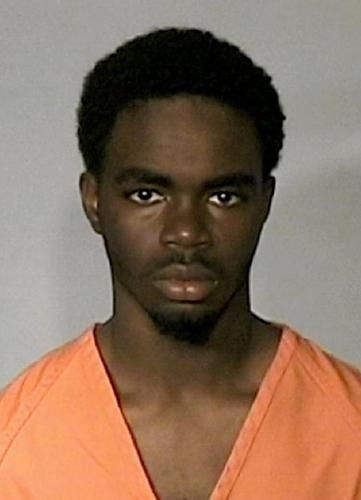 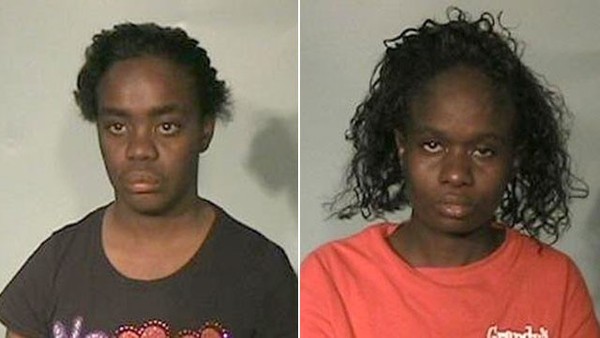 De'Marquise approached Sherri West in Brunswick, Georgia in March and asked for money.  When she refused, he shot her 13 month old baby between the eyes.  Elkins' mother and aunt were arrested for obstructing justice when they lied to cover-up the crime.

On August 12, a recent graduate from nursing school, David Santucci, was walking home from a birthday party.  According to witnesses, Dondre Johnson, Mario Patterson and Jerrica Norfleet drove up to him, shot him to death and drove away.

They were captured shortly after the murder. Some news outlets reported this as a robbery rather than a racist hate crime, but witnesses said nothing was taken from the victim; nothing but his life. 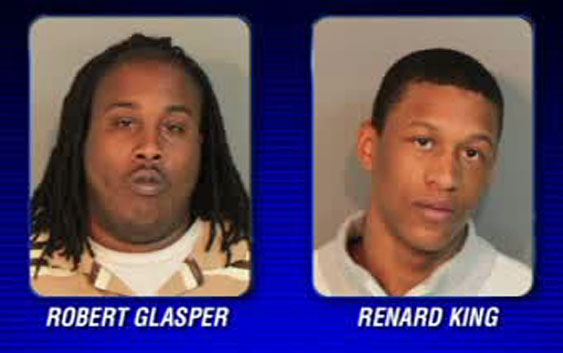 In another recent Memphis story, police say that the two people pictured above doused a man with gasoline in a vacant field and set him on fire.  He was severely burned over most of his body.  A neighbor heard the screams and saw the victim's skin falling off.  He said the devil himself would not deserve such treatment. 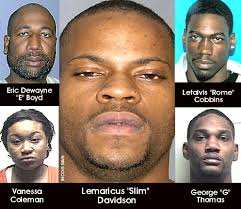 Several years ago in Knoxville, Tennessee, Christopher Newsom and Channon Christian were carjacked by the degenerate savages pictured to the left.  Newsom was gagged, bound, brutally raped, beaten, shot and set on fire.  Then they went to work on Channon.  She was taken into the back room of a home where she was beaten and brutally raped in every way imaginable for hours.  Bleach was poured down her throat.  Then she was placed in a garbage bag to suffocate to death.

News of this horrendous, racist hate crime was mostly covered up.  Much of the media are happy to lie in cases like Martin/Zimmerman or Duke Lacrosse, but they are not willing to tell the truth in cases like this. The typical cover-up approach was demonstrated by the Norfolk newspaper, The Virginian-Pilot, last year when two of their reporters were beaten by a black mob of about 30 people.  They did not report the story at all until they were shamed into it two weeks after the assault.  'News' organizations are political organizations and filter stories to suit their political agenda.

"Shorty" Belton died late last week.  He was 88.  He fought for our country in Okinawa and was wounded there. 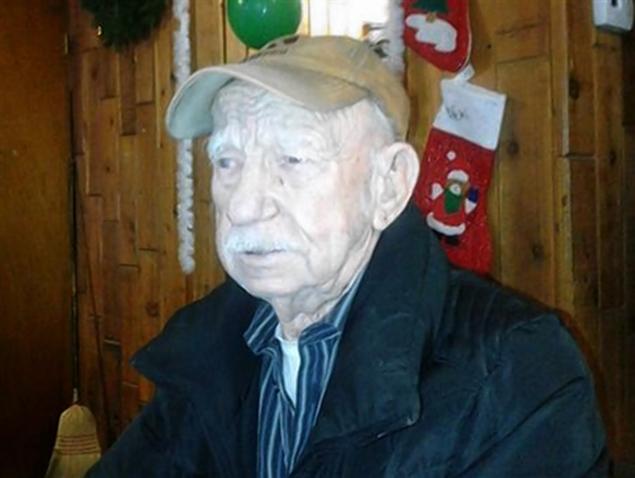 Shorty had been brutally beaten by two 'unarmed children'.

I sure hope Shorty didn't try to defend himself, because, as we all now know, it is just wrong to defend yourself when black teenagers decide to pound on you.

The alleged savages are Demetrius Glenn, 16, who is now in custody (above), and Keenan Adams-Kinard (below). 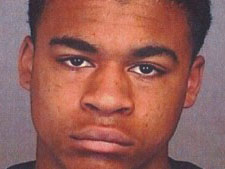 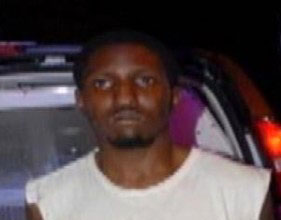 His wife and two-year-old son were at home.  Tommy Branch (left) and two other young black thugs approached Maslin.  With a two-fisted grip, Branch swung an aluminum bat into the side of Maslin's head, shattering his skull and severing an optic nerve.  Maslin lived, but he is severely disabled.  The national media ignored this story.

Last Monday in Pensacola, Florida, 77-year-old John Garland Redick was chased, beaten with sticks and pelted with cans by a mob of very young black teens.  Two of the attackers are pictured below, Keyon Black and Shaknee Golay. 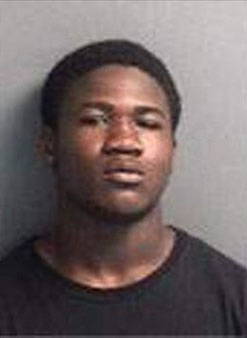 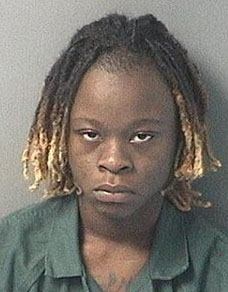 On March 17, 2012, police found 32 year old Terry Moore lying in his own blood outside an Appleby's Restaurant in North Carolina.  Moore said the group of predators pictured below approached him calling him a "tree honkey" and a "cracker". 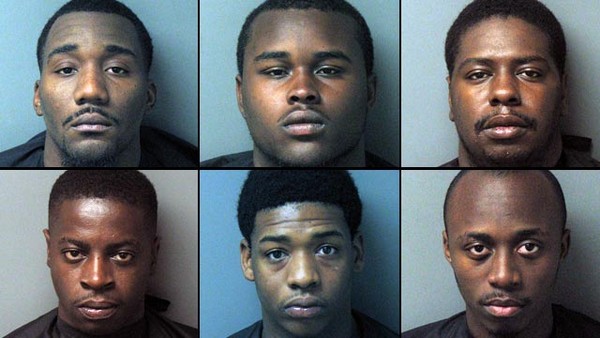 They knocked him to the ground and amused themselves punching and kicking him.

It would not be difficult at all to post pictures and tell stories of degenerate predators like this ad nauseam.  There is an explosion of black mob violence.  If you doubt that, read "White Girl Bleed A Lot" by Colin Flaherty.  Across the country, degenerate people are violently attacking strangers in "the knockout game" ...  just for 'fun'.  Flash mobs swarm stores to plunder and pillage.  They are eliminating the government middle-man and taking what they want directly.

Even though we don't speak much about this violence, and even though the press works to cover it up, we all understand that we have a huge problem with a violent, racist, uncivilized underclass.  We are taught, incorrectly, that it is not appropriate to talk honestly about it.  But ignoring or denying the problem is the most foolish approach of all.  We must acknowledge it and we must talk about it.

§  The best indicator of violent crime levels in an area is the percent of the population that is black and Hispanic.

§  The death toll from murder in Chicago over the last decade exceeds the death toll of our soldiers in Afghanistan since the beginning of that war.  [Handgun purchases are not allowed in Chicago.]

§  Academic achievement for black students is appallingly low, despite a large amount of money being spent to provide that group with educational opportunities.

Now consider the fact that decent black people are the people who are most harmed by this violent subculture.  They are the closest to the problem and suffer the most from it. But we all suffer from this growing cancer and ignoring the problem is simply one way to commit national suicide.

This problem is not about skin color.  The real problem is bad values.  There is nothing about having melanin in your skin that will protect you from the natural consequences of destructive values.  Violent, hostile, uneducated, misogynistic men who do not care for their children will not be successful... anywhere, ever.  And no civilization can survive the degradation of its women.  Thug culture celebrates the degradation of women.

Think about the Vietnamese refugees or other Asian refugees who came to this country from lives of severe deprivation.  They had nothing...except good values.  With hard work, education, family values, self-discipline and perseverance, most achieved the American Dream in a short amount of time.  In one generation, they were often small business owners and valedictorians.  Fortunately for them, they had no putative leaders teaching them victimhood and hopelessness.  No one told them it was someone else's job to make their lives successful.

We should ignore the criticism and steadfastly pursue Martin Luther King's dream of living in a nation where people "will not be judged by the color of their skin, but by the content of their character."  This dream strikes fear in the hearts of current civil rights 'leaders' who abhor the idea of character judgments.  They live in the past.  For them, it is all about skin color.

In my view, no one has done more to impede the progress of black people than black 'leaders" and other leftists in the racial grievance industry.  They sell exactly the wrong message of victimhood, telling blacks on the dependency plantation that none of their problems are their fault and nothing is their responsibility.  Could you find a better formula for creating an angry, dependent population than to tell them that all of their problems are caused by others and all of their needs are someone else's job to fill.  From Sharpton to Obama, the message is destructive, though it does maintain the desired voting block.

Accepting lower standards of behavior for black people is a form of racism.  Only a racist would say that black people are not capable of joining civilized society on an equal footing.  Do blacks need lower standards because they are inferior people?  This is the soft bigotry of low expectations.  Violent, ignorant, parasitic thug culture is not a built- in defect.  It comes from bad values which are created and supported by bad social policy.  The violent subculture persists because of an absurd level of tolerance on our part.