Using the New York Police Department's Crime and Enforcement Activity in New York City report for calendar year 2012, it is easy to conclude that while blacks are 22.8% of the population of New York City, they are primarily both the victims and perpetrators of much the city's crime.

In 2012, 74% of shooting victims in New York City were black, as were 75% of those arrested for these shootings. Blacks also comprised 73% of all firearm arrests. They were also the victim 38% of the time, and the arrestee in 48% of all rapes. 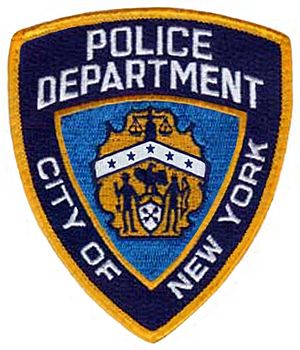 66% of the suspects of violent crime were black and 55% of those stopped and frisked were also black. This last part is the statistic Mayor Bloomberg was referring to when he claimed the program didn't stop enough minorities.

In 2009, the esteemed Walter Williams estimated that in America as a whole, there are somewhere around 7,000 blacks murdered each year, and in 94% of those murders, the person doing the murdering was also black. The Wall Street Journal presents data supporting the 94% figure.

Between 2000 and 2010 in all states except Florida, there were 165,068 murders. 78,521 of those murdered were black. 68,531 of the killers were also black. This means that in the first decade of the twenty first century, around 41.5% of all murders in America were committed by blacks (assuming Florida's numbers were similar) and 47.5% of the victims were also black.

Most of these killings were committed by people using guns. Guns were easy to get on the street and easy to carry since people were rarely stopped and questioned. "Stop and Frisk" changed all that. The program not only took weapons off the street, but by targeting high-crime areas, it took them from the people most likely to use them in the commission of a crime.

The program has been successful in removing the illegal weapon from the calculus of crime and saved thousands of lives. Michael Bloomberg authoritatively states that more 8,000 guns and 80,000 other weapons were taken off the street during his 2 ½ terms as NYC Mayor. He also estimates that more than 7,300 people are alive today who wouldn't be, if not for "Stop and Frisk." Ray Kelly, the New York City Police Commissioner agrees, putting the lives saved at 7.383.

I never liked Mayor Bloomberg, and rarely agree with him. But, he is right on "Stop and Frisk."

It seems that the only people progressives can muster sympathy for are the criminals. The victims, they don't matter. And if your son or daughter, wife of husband have to die because progressives killed a successful crime prevention program in the pursuit of some illusion of fairness, then so be it. 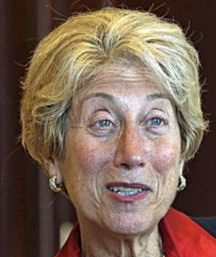 Since most of those stopped under the program were black males, the judge believed it to be biased and unfair. It didn't matter that they commit most of the crimes and that most of the lives saved were also black. Why should something so logical make a difference to one of our ruling elite?

"Let them eat bullets." She muttered as she got into the back seat of her chauffeured BMW and headed home to tony Westchester County, or wherever she lives -- you know it's not anywhere near a high-crime area. I would wager Scheindlin has never even stepped foot in the ghetto. She has no idea how hard it is to live in fear every day.

And, who cares about them? Apparently not U. S. District Judge Shira Scheindlin, she's got better things to do. After the grueling trial, she's probably off to her summer house, the one on the beach, not the one in the mountains.

So there you have it, in the interest of fairness, with this decision, Judge Scheindlin has given more people an opportunity to be victims.

The saddest part of all this is that most of the future victims relegated to an early death by the demise of "Stop and Frisk" will be young black males -- the very people the judge is trying to save from the embarrassment of being stopped unnecessarily.

Those deaths are on her head. Someone should keep a list.