Repeal ObamaCare: It's Now or Never

When the Patient Protection and Affordable Care Act passed Congress in 2010, it was enacted with not one single Republican vote. The Democrats -- all on their own -- rammed ObamaCare into law.

The day before taking over one-sixth of the American economy, one of the Democrats' leading lights, Rep. Nancy Pelosi (D-California) then-Speaker of the House, famously advised the American public, "But we have to pass the bill so that you can find out what is in it, away from the fog of the controversy."

Obviously, the Republicans knew enough about the drug-like properties of what would hereafter be referred to as ObamaCare to "just say no" when it was put up to a vote. Since its passage more than three years ago, the "fog of controversy" continues and after seeing what's in it, most Americans are dismayed, as the realities of implementing ObamaCare displace the hallucinations that spawned its passage. 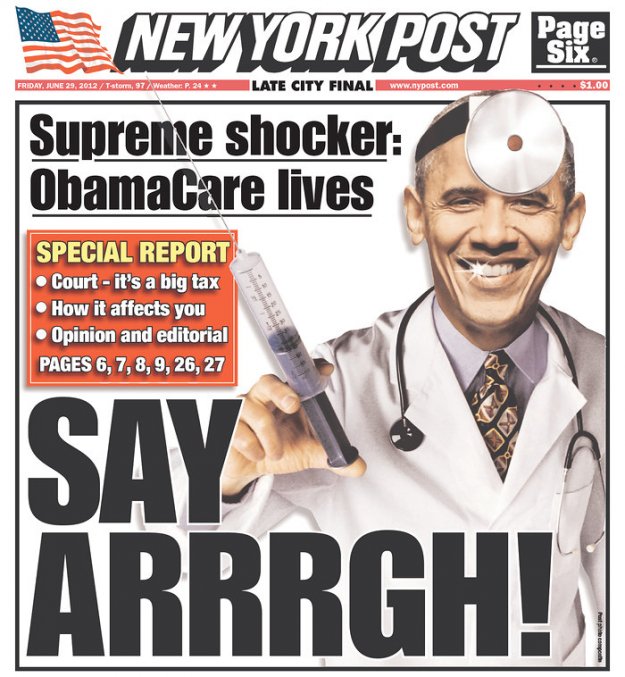 Most Americans are skeptical about this massive overhaul of the nation's health care system, pushed through on a partisan basis in the dead of night and then only through false statements, broken promises, back-stabbing (remember the deal with Bart Stupak to uphold the Hyde Amendment and not fund abortions), and outright buying of votes, (e.g., just Google Sen. Ben Nelson's "Cornhusker Kickback" or Sen. Mary Landrieu's "Louisiana Purchase").

Also, consider some of these news items from the past year:

The Pre-existing Conditions Insurance Plan (PCIP), put into place to cover "new high-risk insurance pools" in the states, received $5 billion to cover these patients from 2010-2014. In 2013, the PCIP was running out of money, even though the number of people Health and Human Services (HHS) thought would sign up was well below the projection.  Only about a third of the expected number enrolled, but claims have exceeded expectations.  Investor's Business Daily further noted, "In a 2012 report, HHS conceded that it had miscalculated (though not until page 11 of its 15-page report): 'On average, the PCIP program has experienced claims costs 2.5 times higher than anticipated.'" So in 2013, HHS cut off coverage. For the uninitiated, that means ObamaCare is denying coverage to people with pre-existing conditions.

But, when President Obama was selling his plan in 2009, he was emphatic:

So let me begin by saying this: I know that there are millions of Americans who are content with their health care coverage -- they like their plan and they value their relationship with their doctor. And that means that no matter how we reform health care, we will keep this promise: If you like your doctor, you will be able to keep your doctor. Period. If you like your health care plan, you will be able to keep your health care plan. Period. No one will take it away. No matter what. My view is that health care reform should be guided by a simple principle: fix what's broken and build on what works.

Over at healthcare.gov, under the question, "Can I keep my own doctor?" the answer is, "Depending on the plan you choose in the Marketplace, you may be able to keep your current doctor." May, as in "could possibly," "in select cases," or "if you're lucky."

Well, at least people will be able to keep their health insurance plan, right? Uh, not exactly. There's some less than optimum news about that, too. According to the AP, "Many people who buy their own health insurance could get surprises in the mail this fall: cancellation notices, because their current policies aren't up to the basic standards of President Barack Obama's health care law."

The bad news just keeps coming. Healthy people may see their premiums double or triple in cost. That's what happens when the government says everyone will be covered -- the healthy are forced to subsidize the sick.

But, at the end of the day, at least everyone will have health insurance, right? Actually, the Congressional Budget Office projects that even after 10 years of ObamaCare, 31 million Americans will still be uninsured.

The Obama Administration's implementation of the law is flawed, too. Deeply flawed.  Probably irredeemably 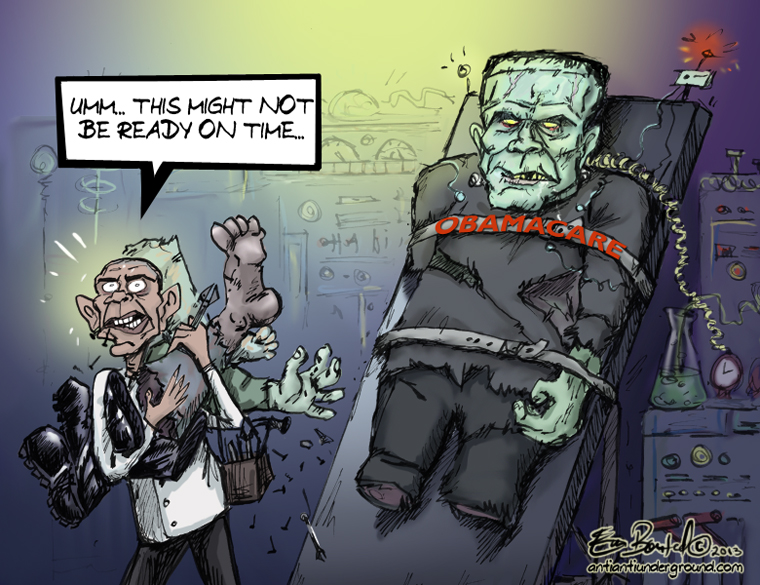 flawed. In June 2013, the president made the declaration that he was going to flaunt his own law and not follow the provision that says the employer mandate must begin in 2014. The employer mandate in ObamaCare says that any business with more than 50 full-time employees must provide health insurance to those employees beginning January 1, 2014. President Obama admits his Administration failed to meet the deadline to be able to implement the law because, basically, they don't understand it either and cannot figure out how to make it work.

So much for his "Forward" campaign slogan!

The individual mandate -- which says all citizens must have health insurance coverage beginning in January 2014 or face a tax penalty for not following the law -- is supposedly moving forward. Some of those who will need to buy health insurance on their own are the part-time employees at the ObamaCare call center in Contra Costa County, California, whose job does not include health insurance. While they are helping other Americans find a plan, they can look for themselves, too.

Since its passage, the House of Representatives has voted 37 times so far to repeal all or parts of ObamaCare. Even Sen. Max Baucus (D-Montana), one of the authors of ObamaCare, called it "a huge train wreck" and, yet, the Senate has not voted to repeal it.

However, Sen. Mike Lee (R-Utah) has a different idea. He and several Republican colleagues sent a letter to Senate Majority Leader Harry Reid (D-Nevada) saying that:

If the administration will not enforce the law as written, then the American people should not be forced to fund it.

This is a matter not only of fiscal prudence, but of fundamental fairness as well. The president cannot seriously expect to waive ObamaCare's onerous mandates on large businesses, while simultaneously forcing individuals and families to pay to implement an individual mandate the public has opposed since before the law was even passed.

For these reasons, we will not support any continuing resolution or appropriations legislation that funds further implementation or enforcement of ObamaCare.

Only time will tell whether the Democrats will join an effort to fix the mess they created with ObamaCare.  The growing opposition of unions to ObamaCare might have some influence, but the upcoming 2014 elections are key to reversing ObamaCare and many other harmful policies of the Obama Administration.

This is the time to do two things -- right now!  (1) Call your senator and voice your opposition to ObamaCare. Your health insurance may not have been adversely affected yet, but have no doubt, it will.  (2) Begin NOW to work toward the 2014 elections -- getting good candidates of character and integrity elected to constitute a conservative majority in both the House and Senate is imperative for restoring competent, accountable and sound policies and saving the United States of America.